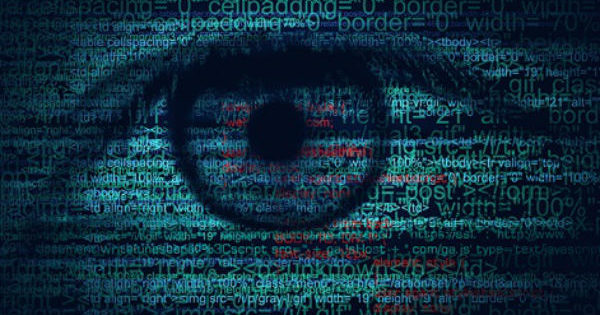 Okay, now we know what comprises the IC so let’s see if we can figure out why there’s 16 different agencies all doing pretty much the same thing.   In my not-so-humble opinion there’s a lot of duplication, maybe even triplication going on…and don’t even ask me about military intelligence being an oxymoron, because it is.

Somewhere, in the dim recesses of what’s left of my mind, there resides a thought that was once the entire explanation of what we now call homeland security.   Simply put it was the Central Intelligence Agency(CIA) did all the stuff outside the United States and that the Federal Bureau of Investigation(FBI) did all the stuff inside the United States.   By my count, that’s two agencies…so what are the other 14 agencies doing?

Normally, I like just about everything that Ronald Reagan did while he was President…but not this.   Among their varied responsibilities, the members of the Community collect and produce foreign and domestic intelligence, contribute to military planning, and perform espionage. The IC was established by Executive Order 12333, signed on December 4, 1981, by U.S. President Ronald Reagan.   The Washington Post reported in 2010 that there were 1,271 government organizations and 1,931 private companies in 10,000 locations in the United States that are working on counterterrorism, homeland security, and intelligence, and that the intelligence community as a whole includes 854,000 people holding top-secret clearances.  According to a 2008 study by the Office of the Director of National Intelligence, private contractors make up 29% of the workforce in the U.S. intelligence community and account for 49% of their personnel budgets.

Whooeee…that’s a lot of people with top-secret clearance, if anyone was to ask me for my opinion…maybe we could cut down on that number somehow, along with the almost 1300 government organizations working on scary stuff.   If we go along with my simplified system of one organization for inside the US and one for outside the US, it looks like we could save some money there.   There should be ONE person, who reports directly to the President, that is in charge of those TWO agencies.   It just doesn’t sound logical to have all these various “Directors” and “Chiefs” and whatever other titles they want to drop on them.   The fewer people in the chain of command/information, the less likely it is that there’s going to be a leak.

Now, speaking of leaks…those need to be plugged, and right now!   Put out the word that anyone, and I do mean anyone, leaking classified or sensitive information about anything the Federal government is going to do, or is doing,  will be summarily tried for sedition and/or treason and put away for awhile…and not in a country-club prison either.   No rational person gives out information that will be detrimental to his country unless he/she is a traitor, and must be called that and tried for that.   We are, as has been exclaimed many, many, times, a nation of laws…if we do not adhere to those laws and bad things happen someone is bound to ask “why”.   Somebody else better have a really good explanation at that point.

When I was a boy, probably in the third grade or so, I learned a valuable lesson about responsibility.   Someone wrote something on the blackboard that was not a nice thing to say about the teacher.   She was out of the room when this person wrote it, but when she came back and saw it she proceeded to find out who did it.   The interrogation was simple…she just called out a name and asked if that person did it…and they would answer “no”.   Eventually she had called on everyone and it was always the same answer, “no”.   Now here’s where the lesson of learning responsibility comes in.  She said she would leave the room for two minutes, giving the guilty party a chance to erase the blackboard and stand at her desk and be recognized.   The alternative to not confessing the guilt was that a note would go home to every single student’s parents, relating the incident and what the blackboard had written on it.   She left the room and  we all started talking.   We knew who the guilty party was, and we knew we didn’t have to suffer for them.  Eventually the teacher came back into the room.   The blackboard had been erased and there was a student standing by her desk.   They had a very quiet conversation and then the student sat down.   We exerted very little pressure on the guilty person, other than to say that they should own up to what they did…and they did.