The Hardest of Choices 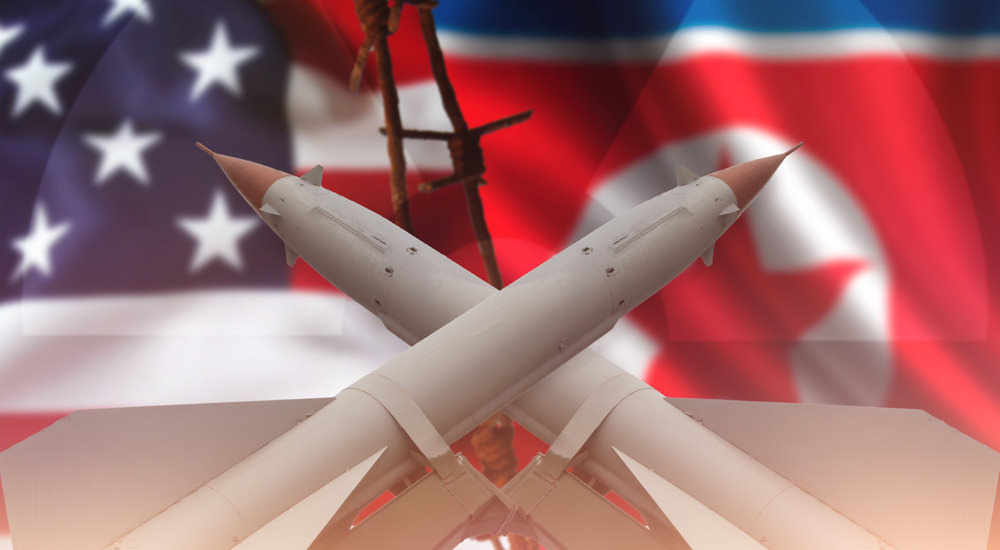 America is left only the hardest of choices to deal with a nuclear armed and belligerent North Korea, that recently fired another intercontinental ballistic missile on July 28th (10:45 pm EST) https://www.nytimes.com/2017/07/28/world/asia/north-korea-ballistic-missile.html from Jagang province, the latest in a score of tests over the past year, with an approximate range of 6000 miles.

America cannot tolerate an ever expanding and improving nuclear arsenal, under Kim Jong Un, an irrational and unstable dictator, who murdered his uncle in December 2013 and his half-brother in February of this year: and, while a bloody conventional war isn’t sought by America and South Korea, America cannot afford to do nothing and risk a massive loss of life in a future nuclear conflagration.

On August 7th, the Chicago Council on Global Affairs https://www.thechicagocouncil.org/publication/north-korea-now-seen-top-threat-facing-united-states released a new poll, that revealed 90 percent of Americans “reject the idea that North Korea should be allowed to produce nuclear weapons”, 75 percent view North Korea’s nuclear weapons systems as a “critical threat facing the United States”, and 62 percent would support the use of U.S. troops to defend South Korea from North Korea. They are right to be concerned.

North Korea has a long history of brash, reckless chutzpah and violent aggression towards the United States and South Korea, long after the Armistice was signed on July 27th, 1953. In some of the more recent cases, the world saw the North Korean navy fire on the South Korean navy in South Korea’s own territorial waters on November 10th, 2009; North Korea fired over 170 artillery shells and rockets at Yeonpyeong Island that injured 19 and killed four South Koreans, on November 23rd, 2010, and they even sneaked across the border in 2015 and planted land-mines that maimed two South Korean soldiers.

Ryan Mauro’s August 9th article for the Clarion Project https://clarionproject.org/10-ways-north-korea-impacts-jihad-threat/  revisits reports that detail North Korea’s alliance with Iran, Hezbollah, Hamas and Islamofascists in general. In 2009, two thousand detonators and 35 tons of rockets, shoulder-fired missiles and equipment for surface-to-air-missiles were intercepted on two separate occasions. They were coming from North Korea to Iran for distribution to Hamas and Hezbollah terrorist groups in Thailand. North Korea states that it “fully supports” the Palestinian jihad, and North Korea has also regularly armed the Moro Islamic Liberation Front in the Philippines for many decades.

It is also worth noting that the USS Pueblo, a Banner-class environmental ship attached to Navy Intelligence, was attacked and captured by the North Korean navy on January 23rd, 1968. The USS Pueblo still sits on the Taedong River near Pyongyang, North Korea, as a tool for anti-American propaganda and a monument to North Korea’s ” courage and bravery”.

Once North Korea’s nuclear weapons systems are fully capable, what happens when North Korea threatens to nuke a U.S. city or one of our allies, unless some unreasonable demand is met, like reunifying Korea under their control? If they threaten us with nuclear destruction, unless we stay out of the South China Sea, an international trade route, what are we to do? Prepare for nuclear war?

Reports from Japans’s annual defense review and the U.S. Defense Intelligence Agency’s analysis last month indicate that North Korea has succeeded in miniaturizing nuclear warheads enough to mount them on their missiles, including its long-range missiles that are now able to hit America’s mainland. This has been North Korea’s goal from day one of the Armistice, and the pace of their breakthroughs hold far reaching consequences and threatens to bring war.

To date, North Korea has not perfected reentry of its missiles, and its latest missile launch caught fire and disintegrated, as it plummeted to earth. Most U.S. analysts and experts believe they will have this problem solved by next year.

After the July 28th ICBM test, President Donald Trump presented a case for sanctions to the United Nations, because he has warned North Korea numerous times, and he is unwilling to tolerate this situation. China, Russia and the entire United Nations Security Council voted unanimously, 15-0, to place strong economic and trade sanctions http://www.independent.co.uk/news/world-0/us-politics/trump-north-korea-un-sanctions-vote-nuclear-threat-security-council-a7878911.html on this rogue nation, but North Korea has remained ever defiant and threatened to take revenge on the United States, illustrating sanctions won’t work.

In one of their first statements, the North Korean Army described Andersen Air Force Base on Guam as a “beachhead” for a potential U.S. invasion of North Korea, that would be one of their targets. While this sounds like a defensive tact, it also suggests that they have obviously considered a first strike on America, her allies and her territories. They proclaimed that they will create an “enveloping fire” in areas around Guam.

Sitting next to Melania, his wife, at his golf course in Bedminster, N.J. on August 8th, President Trump stated [reported by Associated Press]: “North Korea http://www.wvtm13.com/article/president-trump-north-korea-best-not-make-any-more-threats-to-the-united-states/11656816 had best not make any more threats to the United States.They will be met with fire and fury like the world has never seen.

This warning is not worrying the upper echelons of North Korea’s military, who seem to be fully on board with Kim Jong Un’s malevolent and maniacal vision, as General Kim Rak Gyom suggested that President Trump was “getting on [their] nerves”. They are unwilling or unable to accurately assess the risks of their actions. It’s as if they have no sense of America’s alarm over their actions or any belief that America will retaliate with force.

North Korea has even threatened to sell nuclear weapons to America’s enemies and international terrorist groups. They could easily sell off a few, since they will have nearly 100 by 2020.And it is not out of the realm of possibility that they could facilitate a nuclear attack on America, by an Islamic terrorist group, and claim it wasn’t them.

Will our government still be trying to negotiate on the day that one or more nuclear devices, stamped “Made in North Korea”, make America’s horizon a glowing inferno?

The time for talking and negotiating has long passed, and the hardest of choices lies ahead, while an irrational Kim Jong Un becomes increasingly bellicose with each significant nuclear armament success. Seventeen years of talk from feckless American leaders has placed this choice before us. Rather than accept nuclear weapons capable of striking the heart of America, in the hands of an American-hating rogue nation with a history of arming terrorists, President Donald Trump must resort to a lightening swift preemptive strike at the heart of North Korea, utilizing the Mother of All Bombs and tactical nuclear weapons on every military position, nuclear facility and Pyongyang too.