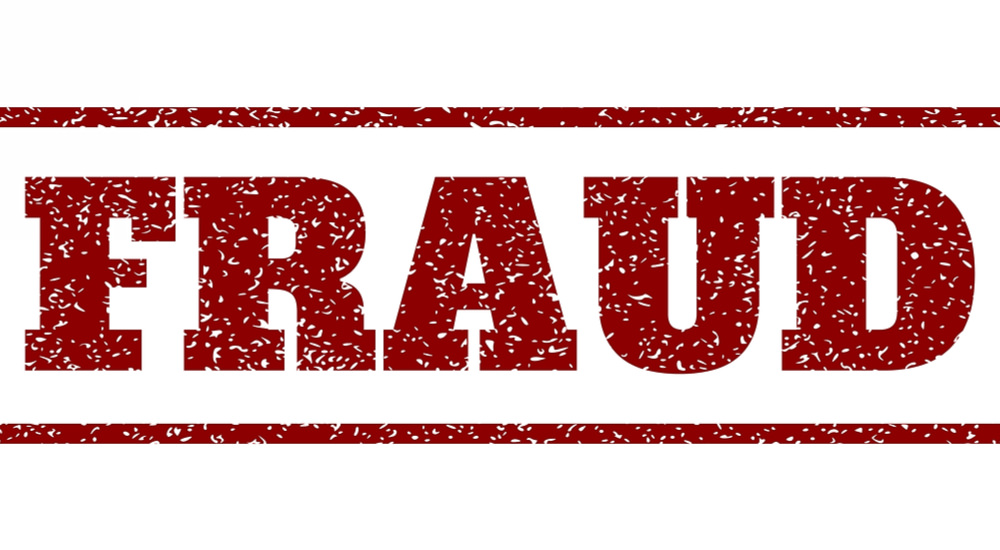 Globally and locally there are hordes of people attempting to commit fraud.

From the attempt to hoodwink a neighbor for an unreturned tool to the attempt to dump global warming off as impending doom, the commonality of the approach and the methods are identical.  It begins with the idea that reality can be made to conform to the fraud monger’s wishes and is implemented by distortions and lies designed to fool the honest element that their pretense has priority.  Here’s an example.  A person attempts to buy a car knowing he doesn’t have the money.  He writes a check pretending the money is in his account.  The honest person selling him the car believes the check is backed by bank funds ( on the assurances of the buyer that he has the money in his account ) and accepts the check, gives the car to the new “owner” and thinks the deal is done.  But the deal is not done.  The seller has not been paid.  Fraud has been committed.  Now if the “buyer” says to himself, “ I might get caught  so I’ll just sell this car to someone else and put that money in the bank and nobody loses.  Since he is trying to sell a car he doesn’t own he is once again committing fraud.  Before you can sell something you must have ownership.  Simple rule. The fraud is exposed when the sale doesn’t close and the check doesn’t clear and the seller is standing with a bad check, one less car on the lot, the fraud monger facing arrest and the latest buyer with a “stolen” car.

This is the scheme that is often used by people wanting to make money on real estate. They tie up the property with a down payment but never complete the buying process. They peddle the property as if they owned it and slip an assignment of contract in among the closing papers at the last moment and if no one notices the sale goes through.  They get their earnest money back because of the assignment of contract and whatever money they have been able to get from the person they assigned the contract to.

On a grander scale let’s look at global warming once again. The proposition is the earth is getting warmer because of the man made effluents emitted into the atmosphere.  This chant is repeated over and over again until much like many other myths it is accepted by acclamation of the mobs.  Those disagreeing are ignored and those agreeing are lauded.  Much like the phony real estate deal the proponents of global warming claim they own the truth and if you don’t buy it you are out of the loop.  And the attempt for political action is then claimed to be on the basis of truth  and dissenters of this proclaimed truth are either mentally deranged , not team players or simply “radicals’.  This is the method all totalitarian thugs use to sell their ideology, their “glorious” self proclaimed successes and the perpetuation of their power.  Make no mistake, the lust for power lies at the heart of global warming.

A world wide stage with bureaucrats ad infinitum to tax and rule the nations is a step above national leadership.  It is a step toward the domination of the world. and it is fraught with the political favoritism and corruption that even small regimes experience but on a much larger scale.  And it all rests on an “ownership” of truth that is bogus.

Fraud is theft in the form of deceit.  Nothing is physically taken but the deception acquires unearned values via deception.  Lies are the main ingredient and they are promoted in an ongoing way until the facts of reality trash all the millions of opinions that have been pointed to as validation of this buffoonery.  Even the obvious truth is often challenged by such minds who join such disproved groups as the Flat Earth Society or Noah and the Ark cosmology.

There is a choice a human has when faced with what they want to believe and what is truth.  If what they want to believe cannot be substantiated by experience and evidence they are succumbing to fraud.  If the proof can be demonstrated without contradiction they move in the direction of truth.  And this is why so many succumb to fraudulent schemes at the hands of the fraud mongers.  Who are they?  These are the people who tell you what they think you want to hear in order to sell you a bill of goods whether it be tangible or not.  Create a fear of global devastation and then sell you on the idea that only government power can answer this issue.  Create a vision of easy riches and supply a book or CD that will bring you millions.  Project a candidacy of honor and integrity and then join a mob of crooks in Washington that spend money they don’t have, create laws that drain citizens’  wealth and live like pompous self aggrandized aristocracy.

The way to put a stop to fraud is to expose the truth and not condone it.  The fraud mongers are counting on the “sucker’ to believe them and never challenge them.  This is not a Liberal , Conservative, Democrat or Republican issue .  This artificial  categories are only diversions from the real major divisions in humanity.  It is the fraud mongers versus the honest citizen and for too long it has been the honest citizen who has passively been taken in and bled by these leeches in suits.  It is not enough to recognize these bloodsuckers.  They must be challenged at every turn and made to show evidence of their “theories” and presentations. When they shout of what they cannot demonstrate in reality it is time to stand and reject the unsubstantiated. The alternative is to accept and enable the crime of fraud.  This leads to the eventual role of victim.  The fraud mongers have only your sanction to work with.  Just say NO.