The Flip Side to Liberal Policies is that they Always Destroy 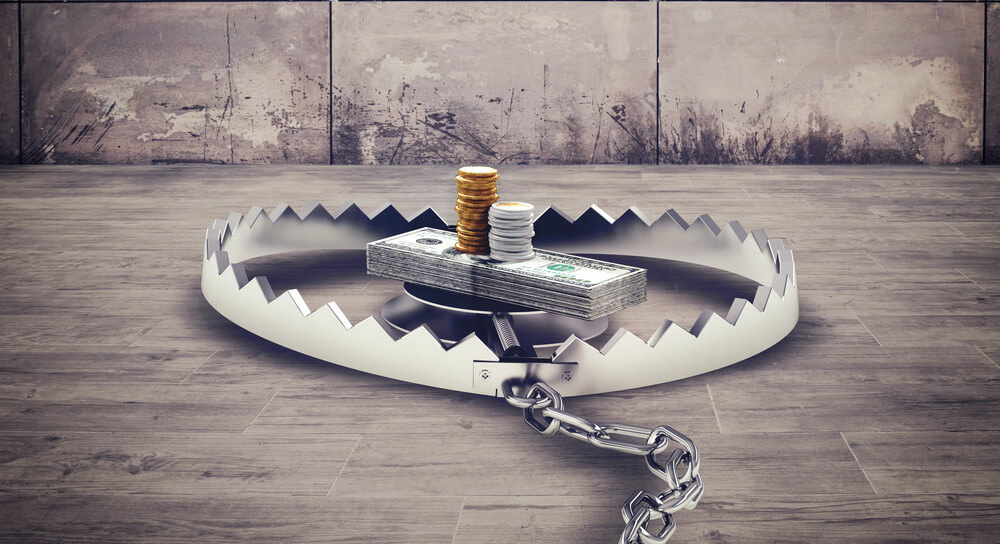 The Lord’s Prayer says “…lead us not into temptation, but deliver us from evil…” Unfortunately, the world’s plans are often just the opposite; they lead us into temptation and deliver us unto evil.
The worldly planners tell us what they’re up to, but they say it in such a way that it sounds good, or at least not bad. Tempting even. Below are a few examples that, if you read the other side of the coin, don’t sound so good at all.
Here is one I dealt with for years as a teacher; the minimum wage. Let’s take LA today. Los Angeles has recently enacted a $15/hr minimum wage law. To the low-wage, uninformed, would-be worker this sounds great. I’m going to get $15/hr. (Except of course you’re now unlikely to find a job). But notice that this would not have sounded so good had the city council announced the flip side, “It is henceforth illegal for you to work for less than $15/hr.”; for this is exactly what the $15 minimum means. This might have brought a few people up short: “What do you mean I can’t work for less than $15/hr.?” “What about my freedom?” “Suppose I find a good job for $14 /hr.?“ But being said the way it is, the flip side goes unnoticed.
Here’s another one that showed up with George Bush’s education program “No child left behind.” A worthy-sounding goal, no child gets left behind. But what this must in logic also mean, the flip side, is “No child moves ahead.” The brightest can be allowed to proceed only at the pace of the dimmest bulb in class. This is the only way the goal could possibly be attained. This is magnetic north for the compass guiding Common Core.
And of course there’s the Planned Parenthood slogan “Every child a wanted child.” Once again this sounds wonderful, every child is wanted. But what of those who aren’t wanted? The flip side is “No unwanted children.” If it wasn’t for PP’s actual performance, you might think that I am being ridiculous saying that this means unwanted children will have to go. But there it is. Slaughter Inc.
The Planned Parenthood example, where the flip side inner logic has actually worked itself out, can help us to see the danger lurking in some other examples.
One is the “animal rights” slogan “Equal rights for all species.” What this means, the flip side, is “No rights for any species that aren’t available to all.” It does not mean that animals must have the same rights that humans now do, but that human rights must not be allowed to exceed those of animals. This is the only way equality could be attained. There is no way to turn cows into informed voters, but, as the 20th century has demonstrated, it is all too easy to drag people down to the level of cattle. This is one of the most dangerous ideas around.
And finally, there is the UN Post-2015 Sustainable Development Agenda, supported by world leaders including Pope Francis, among others. A major goal of the program is the “complete elimination of poverty.” This conjures up the image of everyone living well. Wonderful. But the obverse reading of the goal, the flip side, is “a world without poor people.” How is this to be accomplished? There is simply no way to completely eliminate poverty via wealth redistribution. Thus, if the goal is to be met, one way or another, poor people will have to go. There is no other way to do it. And if you don’t believe it, I refer you back to Planned Parenthood.
Left unchecked, in time, the inner logic of the flip side of unrealistic utopian schemes will always emerge. We are in a fallen world, where the pursuit of utopia leads always to dystopia. But take heart, Jesus has overcome the world.