The Enemy Among Us 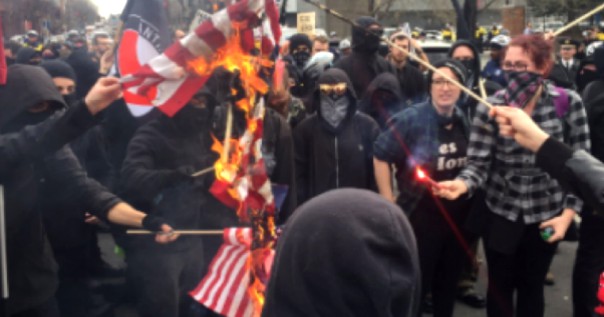 First, it was the Black communities rising against the Police. Then it was the Neo-Nazi’s protesting and hollering. Then the Campus grounds did their thing, and are still at it. We had the Wall Street fiasco. Then along came “Black Lives Matter”. Now we have the Muslims.

I am convinced there is a sector of Civilization seeking to overthrow our Government and take over the Capitalism within. The very success of this good system has them so jealous; they do not know how to get started with their own, and so they hope to step in and take over. How ridiculous! Do they not realize it would not be that simple?

I have said many times before Capitalism may not be the greatest, but it is the best so far. In itself, it gives rise to greed; one factor of this system that has to be closely monitored and controlled.
The Democratic Party, long a drive for big government, has allowed themselves to be infiltrated by this world-wide conception of anti-American despots. These individual groups are being controlled and funded by the many with the One-World-Order concept.

And we now see the “greedy” marketers (advertising co.’s) boycotting and controlling our public information facilities (Media & commentators) that speak out against any group from which they wish to draw clients & customers. And the greed within our own Society (the producers and owners) are caving into the highly influential corporations that care not about the Republic, but only about their own wealth and power.

I totally agree with Judge Jeannine, Tucker Carlson, Sean Hannity, Laura Ingram, and the many, many others that this greedy caldron is attempting to silence.
You don’t have to like these folks giving their opinions on public broadcasting, but, by God, you better stand up and support them; they need true Patriots and true Americans to add to their voice.

We must fight against those who would overtake us and destroy our Constitution.