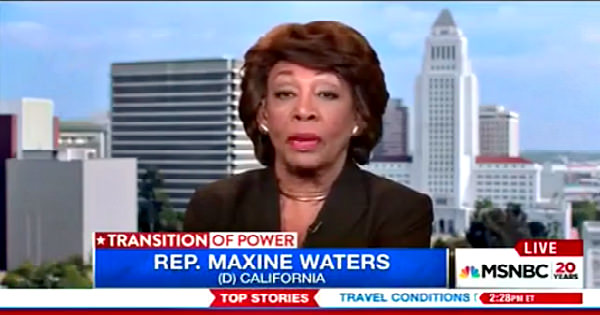 Conservatives often like to remind potential voters that the Democrats are the party of the KKK, Jim Crow Laws, and a plantation mentality towards people of color. “Those people” have to be taken care of because they can’t do it themselves which seems to have been the Democrat mantra for the last 50 years. That and “Whitey is the devil.” Of course they never actually help “these people”.

Democrats are no strangers to using people of color as props either. Sheila Jackson Lee and Maxine Waters (among others) are DNC props meant to stir up the believers. Both of these women represent relatively poor districts and both of these women have a net-worth into the millions by doing so. When they come up for re-election they get the full monty support and financial backing from the DNC. Have they made their districts significantly better while in office? You know the answer to that. Yet they are seemingly revered by their colleagues and the press as great leaders because they do the dirty work. The money pulls the strings and they both dance to the tune.

The problem for the DNC was the public was getting a little tired of the old string of BT-1000’s the party was using to get radical idea’s out into the mainstream. Make no mistake the Democrat Party does not want the country going too far left. How quickly do the parties top leaders back away from these women of color when their crazy is crazier than hers? Pelosi might be crazy but she isn’t stupid and likes her career. Using people of color to put out radical ideas protects the White party members and puts the DNC in a better position of negotiation (or so they think) and if they go far enough to the left, the Republicans will compromise right to the spot the Democrats wanted them to be at in the first place.

With Jackson Lee and Waters wearing thin the idiot Alexandria Ocasio-Cortez (or Sandy from Westchester) entered the scene. By any gauge, Sandy Cortez is not intelligent and if she were prettier, would be on a stage somewhere in a bikini wearing a sash.

If the DNC gave a crap about this woman they would shut her up and take advantage of the partial government shutdown and bring this young lady up to speed about economics, government, and foreign relations. That is what a responsible party would do. Instead, they put her out there and let her sound like a moron. She’s a junior member of the Congress and probably won’t make a second term so burning up her career is no big deal. By the time Sandy’s career is over Jackson Lee and Waters will be right there again after making several million more to retake the reigns of leftist lunacy and race-baiting.

For now, the young Congresswoman can spew the garbage because there are elections in a couple of years and the rest of the party needs to play it safe. It is about being of color or being a woman or pretending to be from the Bronx or something who cares as long as the seeds of progressive hatred grow well in the world of real racism.

Who knows maybe Sandy from Westchester will survive it all. Maybe she’ll start to figure out on her own that she’s just a puppet for the real movers and shakers and decide to embrace that role and cash in like Jackson Lee and Waters clearly have. Maybe if she proves that she can sound even crazier they might let her stick around for a while and dangle from those strings some more.

But somehow I get the feeling that after 2020 Cortez will have finished serving her purpose and she will lose the attention she is presently basking in.

Alexandria Ocasio-Cortez is the new face of the lunatic left and that is exactly how the DNC wants her.