The Coming of ChrIslam 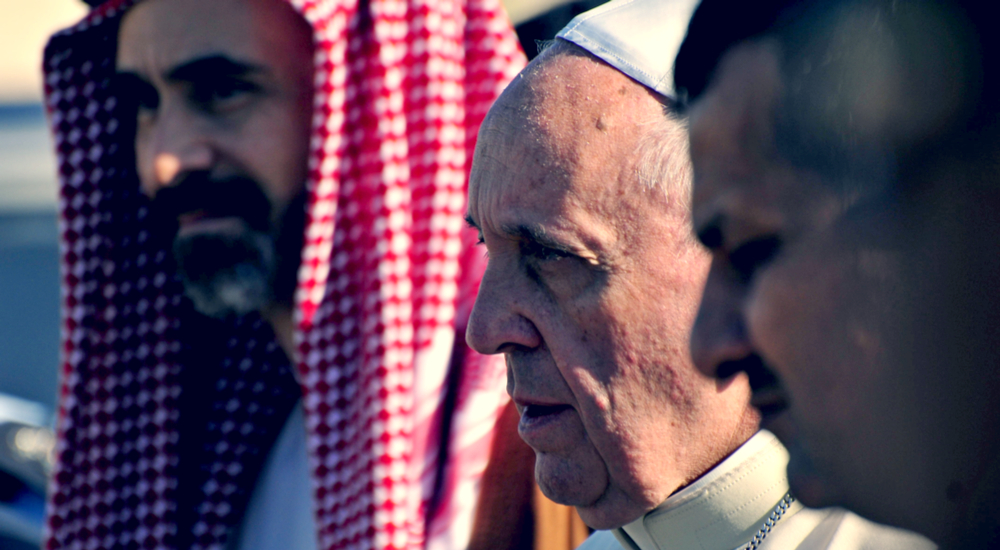 On February 4, 2019, Pope Francis and Sunni Muslim leader Ahmad Al-Tayyeb, the Grand Imam of the more than thousand-year-old Al-Azhar mosque in Cairo, signed a historic “A Document on Human Fraternity for World Peace and Living Together.”

There’s a lot to be said for this Document, and I hope it’s said in time.

I suppose a subtitle for the Document might be “The Seduction of the West.” For surely it is aimed at the West; for a Muslim to embrace the vast spectrum of noble aspirations listed in the Document would require the abandonment of major teachings of the Quran. For example, the Document urges equality for women. When has any Muslim nation anywhere ever had anything remotely approaching equality for women? Never. Where will this idea play well? In the West.

(Notice that the inherent misogyny of Islam seems to have inadvertently slipped through into the title of the Document. A “Human Fraternity” would be an association of men, men, and only men.

Wouldn’t humankind or human race or human family or human community have been more inclusive? Oops.)

But if Islam is paying lip service to the contemporary ideals of the West, ideals that flow from our Christian heritage, where is the seduction?

The seduction is at a deeper level. The Document reduces all religions to little more than an ecumenical social works program. In blurring the differences among religions it undermines the basis of Biblical Christianity.

This can be illustrated by two sentences from the Document.

“The first and most important aim of religions is to believe in God, to honor Him and to invite all men and women to believe that this universe depends on a God who governs it.”

“We, who believe in God and in the final meeting with Him and His judgment, …”

Given the signatories of the Document, each of these sentences carries with it the inescapable proposition that the Christian God of the Bible, Jehovah, and the Islamic god of the Quran, Allah, are one and the same.

But this flies in the face of about three thousand five hundred years of Judeo-Christian belief. Period.
There can be no misunderstanding that the Pope and the Document are contradicting biblical Christianity.

19 Go therefore and make disciples of all the nations, baptizing them in the name of the Father and of the Son and of the Holy Spirit, 20 teaching them to observe all things that I have commanded you; and lo, I am with you always, even to the end of the age. [That should be at any time now.] Matt 28: 19, 20.

In contrast, the document proclaims:

The pluralism and the diversity of religions, color, sex, race, and language are willed by God in His wisdom, …

God has willed a pluralism of religions: don’t mess with other peoples’ religious beliefs.

[God has willed a plurality of sexes! Affirmation of the cutting edge of Western decay.]

The Document goes on to state:

“To this end, by mutual cooperation, the Catholic Church and Al-Azhar announce and pledge to convey this Document to authorities, influential leaders, persons of religion all over the world, appropriate regional and international organizations, organizations within civil society, religious institutions and leading thinkers. They further pledge to make known the principles contained in this Declaration at all regional and international levels, while requesting that these principles be translated into policies, decisions, legislative texts, courses of study and materials to be circulated.
Al-Azhar and the Catholic Church ask that this Document become the object of research and reflection in all schools, universities, and institutes of formation, … “

In other words, they plan to go and make disciples of all nations, baptizing them in the name of the Beast, his Prophet, and the Antichrist.

Quite a program for those who speak against evangelizing people with different beliefs.

This doctrine is the wave of the future. A wave the antichrist will ride to power.

For those who don’t see it, so be it.