The Caravan Has Arrived 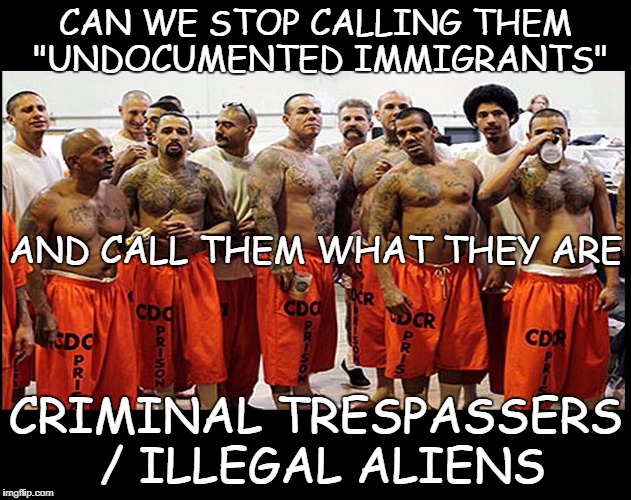 As of yesterday, the first of the illegal aliens have reached our border, and are now climbing our fences, and ignoring the rules and regulations of our country’s immigration policies. Still, the mainstream media is still not interested in how they got there or who financed the caravan to the tune of millions of dollars. The organizer of these caravans, Pueblo Sin Fronteras is run by La Familia Latina Unida which is funded and controlled by Centro Sin Fronteras which is funded by the Soros run National Immigration Forum. In this way, Soros can hide his involvement, and let others do the dirty work of once again attempting to destroy our culture and give the progressive socialist they need to overrun the conservatives.

They have been shown already that they intend to ignore our laws, and in fact, hate America and continue to carry the flags of their countries at the forefront of the mass of people. They have been videoed burning the United States flag demanding our benefits and have nothing to add of any merit to this country. They have no intention of assimilating but demand that we change our culture to meet the needs they feel that they deserve.

This is not the best of the best from these countries. They have already set fire to an immigration facility and checkpoint in Mexico when authorities went looking for firearms. A facility of the Mexican National Migration Institute in Chiapas the “migrants’ set fire to their mattresses in order to escape. A few hours before this, the Mexican Federal Police arrested two Honduran nationals who shot at the police escorting the illegal immigrants for their security. There is no explanation sufficient to explain why we should let these people into our country.

The logistics for such an operation was well thought out, and the area of infiltration was carefully thought out. The progressive socialists of California have designated the state a sanctuary state over the objections of the citizens and legal immigrants within the state.

If you watch the sycophants of the mainstream media, and the cable socialists on CNN or MSNBC, you will hear all the sob stories about the poor women and their small children fleeing persecution.  That is if they will even admit it is happening. Shepard Smith the resident Never Trumper of Fox said there was no invasion and that the group is still at least two months away. They are here now shep, now what do you say? The mainstream media will not admit, as shown by independent filmmaker Ami Horowitz and show on Tucker Carlson that 90 to 95% of the caravan consists of young men of military age.  Many in the caravan will admit that they have been deported before for crimes up to and including murder. They also try to convince the American people that this is strictly an organic movement and the fact that these illegal immigrants are receiving all the support from locals at the places that they stop.

Of course, you will never see the videos of these same illegal aliens being paid before even starting. Where is the curiosity of who made those payments on the MSM? All the shots on the mainstream media show women and children, even though it has now been documented that women and children are only about 5% of the caravan.  The Mainstream media will clutch their pearls and wring their hands and call those who disagree with letting everyone in as being hard-hearted and not compassionate. And how will the media blame the Border Control Agents and ICE when these same illegal aliens start throwing rocks or Molotov cocktails at our agents. Or what will they say if they start using flaming kites to set fires in our border communities in Texas, Arizona and a state that is already in flames, my home state of California? like Hamas is doing on the Israeli border?

President Trump has issued a proclamation stating these illegal immigrants and all others must enter through a port of entry or be deported immediately. Of course, it goes without saying that activist judges will get involved and attempt to stop a legal effort to control the immigration laws of our country, a right that is in the Presidents purview. As shown in the long legal battle during the Clinton administration, Sale VS. Haitian Centers Council, the Supreme Court ruled that a President may suspend asylum application.

Section 101 (a)(42) defines refugee in Section 207 and with Section 208 covers the fundamental application of the immigration law. Refugees are considered those feeling for their lives of safety. It does not allow for economic refuges including the implication that economic refugees are entitled to benefits or jobs in our country. If these refugees were so persecuted, why did these refugees stay in the first safe country they encounter, namely Mexico? It was offered, but they refused and continued to make their way to our country. This leads to questions about the persecution they supposedly faced and lead to the conclusion that these are economic migrants.

The progressive socialists believe in the judicial activism of the past few years because the American people do not agree with the laws they have tried to pass and look to the sympathetic judges to rule on progressive socialist grounds. An example is DACA. DACA was NOT law, but an unconstitutional executive order passed by Obama, and yet the progressive judges have rules that President Trump cannot stop it or change it anyway, effectively making it law.

Dianne Feinstein, Senator from California used the same regulations mentioned above in 2014 to encourage President Obama to tighten immigration rules. Claiming that Obama had broad power granted to him by Congress to limit immigration. The rules and regulations that Sen. Feinstein noted are the exact same ones that President Trump is now using to enforce Illegal immigrants to go to the port of entry to request asylum.

Department of Homeland Security has documented that less than 10% of asylum seekers have valid claims. Implemented by the progressive socialist is the “credible fear” standard, that is used by about 90% of illegal aliens entering our country causes an initial interview, and court date being given, with only about 3% of illegal immigrants that make this claim actually show up at court.

The country is in crisis on the Southern border where our government has over the past decade allowed illegal immigrants to enter our country, escape removal and work and live in the United States illegally without ramification.

And understand there are more coming. A second caravan broke through the gates at Tecun Uman, one immigrant was killed. Mexican Interior Secretary Alfonso Navarrete Prida spoke of rocks, glass bottles and fireworks being thrown at the authorities. So it continues. If we fail this time, the illegal immigrants will continue to push towards our border, and overtake any authority that remains in this country that details our immigration laws