The Buck Stops With Me! 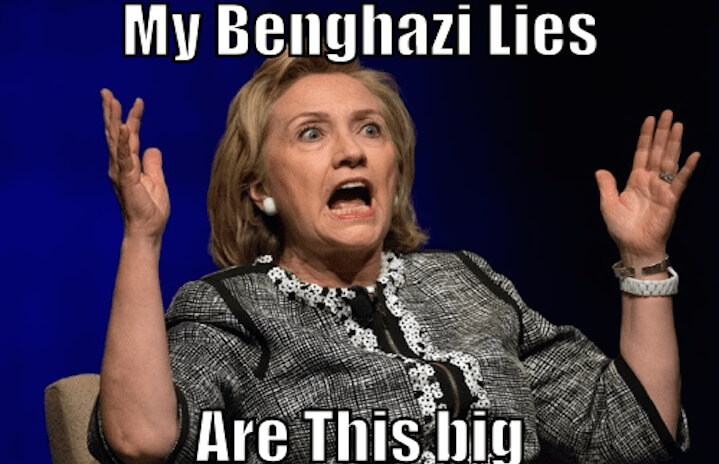 THE BUCK STOPS WITH ME, I TAKE FULL RESPONSIBILITY

When I hear any person, in a position of responsibility, use that phrase for (make up your own fiasco) I now become infuriated because what then happens is NOTHING! Hillary Clinton, our then Secretary of State, used that phrase when initially asked a question about the Benghazi disaster.

After using that phrase, did Hillary take any responsibility? Did she resign due to her feckless disregard for her responsibilities, did she fire any of her top line people for their dangerous incompetence or did she personally institute a comprehensive investigation into the failings of her State Department over Benghazi? Living in her world of entitlement why would she. Hillary just went back to the deceptive life pattern she exists in and kept on transmitting and receiving classified communications on her vulnerable and unprotected e-mail accounts and server.

Hillary still continues her lies about the outrageous, security disaster she and her State Department were responsible for in Benghazi. Her Ambassador and three other brave Americans were killed and many more people she was responsible for were wounded because of the Obama/Hillary credo of unbelievable disengagement from their responsibilities. Contrast Obama and Hillary’s concept of duty with our Armed Forces ethos; “ADEPT,IMPROVISE, OVERCOME, LEAVE NO ONE BEHIND, COMPLETE THE MISSION.” If Obama and Hillary had followed our Armed Forces ethos in Benghazi, those brave men need not have died. Instead our President and Secretary of State went on their merry way using the misinformation, disinformation, half-truths and dammed lies they are so comfortable with.

I only hope by now most Americans know when the Buck Stops with me phrase is used, it is used because the people who use it believe he people who hear it are so stupid they can get away with using it time and time again. And you know what, after the last election, it looks as though they may. Are we going to change that metric in 2016, For the good of our country, we had better.

So how did our country arrive at the point where politicians believe they can deceive, lie, show their contempt for the American people and get away with it? Well let’s take a look at some history:

NAZI propaganda chief Joseph Goebbels, was the master of the “Big Lie.” He believed the lie, no matter how outrageous, if repeated over and over will eventually be accepted as ‘TRUTH”. Here are his words:

“If you tell a lie big enough and keep repeating it, people will eventually come to believe t.” “The lie can be maintained only for such time as the State can shield the people from the political, economic and or military consequences of the lie.” It thus becomes vitally important for the State to use all of its powers to REPRESS DISSENT, for the truth is the mortal enemy of the lie, and thus by extension, the truth is the greatest enemy of the state.”

Hillary has been using the big lie tactic all of her political life. Unfortunately in todays America it is not so necessary to REPRESS DISSENT. In todays America dissent is muted because so much of our media, both electronic and print is ideologically compromised, corrupt and seems to have forgotten or has chosen to ignore their responsibility for impartial reporting. Far too much of our media seems to ignore the responsibilities they have been granted by the first amendment to our Constitution. Thank God for talk radio.

With Hillary desperately trying to become President, but with the scandal of the week continuing for Hillary, perhaps the American people are starting top wake up. Let us pray they do.