The Biden Border Rush IS A National Disaster: By Design 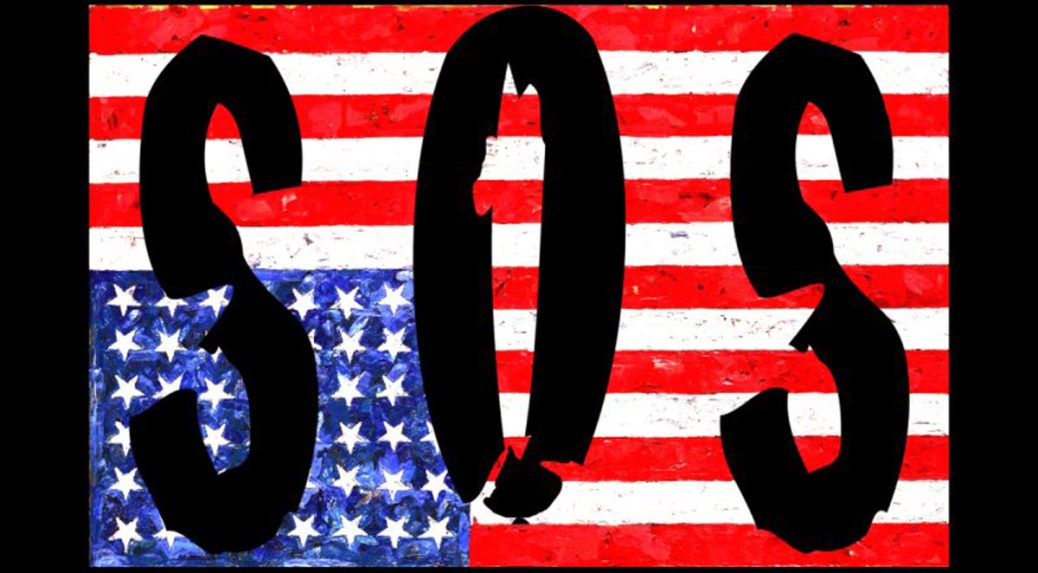 Take a look at Sweden, Denmark, Norway, France, United Kingdom, Germany, Finland and Belgium.  They are losing their identities, their languages, their cultures and their way of life.  Here’s a harsh reality: they are not going to get their countries back.

Look around you at the United States of America. It’s becoming a minority-minority country.  No single culture, no single language, no single identity. It’s become a fractured, fragmented and disassociated multicultural, diversified, politically abrasive and racially splintered country.

Our country faces an uncertain future.  “It’s a deliberate government policy.  Important contributions are made by the so-called NGOs – non-governmental organizations. Although supposedly independent, these NGOs often work hand in hand with government agencies to further the mass immigration agenda.” Alan Wall

“If you follow the money, you see government and “non-governmental organizations” sharing funds, much of it originating from you, the taxpayer.” Alan Wall

“The group under discussion is the Acacia Center for Justice, an organization “born from a partnership between the Vera Institute of Justice and Capital Area Immigrants’ Rights (CAIR).”

Look at our completely invaded borders. We no longer possess a border.  We no longer can claim being a sovereign nation.  Your tax dollars are being used to destroy your own country.

A document from NILC titled ‘Strategic Framework for Transformational Change’ lays out the organization’s plan to ​​‘consolidate immigrant power’ and ‘forge consensus for culture change.‘”

There you have it in writing!  Joe Biden and company proceed to tear apart America’s culture and implement cultural change into what most certainly will be a third world culture. Think “India.”  It’s a multi-lingual,  multicultural, living, breathing nightmare for most of its citizens. India is SO confused and SO disparate that 70 percent of its citizens do not have access to a toilet. Its water is undrinkable and its “misery index” is right up there with Africa’s.

Here is what’s going to happen to you as an American citizen: “The Immigrant Legal Resource Center (ILRC), which “has received over $2.3 million from OSF in eight different grants between 2016 and 2020. The organization seeks to encourage immigration and naturalization and then mobilize them as a newly imported voting bloc.” Alan Wall

If you remember Barack Obama…he promised to fundamentally  change America.  Well, he’s still at it and he’s under the radar along  with George Soros…to fundamentally change America from a successful culture, language and “The American Way” to the same nightmare now engulfing Europe and Canada.

How can you tell it’s coming?  Just watch the news for a week. A black guy beat the living hell out of a woman in the subway. He kicked her in the head and stomped on her face.   Another minority shot four people and wounded three in Memphis…for no reason.  Another illegal immigrant (Guatemala) knifed two people to death and six wounded in Las Vegas.  Another immigrant pushed a lady onto the subway tracks in NYC to see her sliced up by the oncoming train. Black Chicago gangs kill at least a dozen people every weekend.

New Orleans is now the new murder capital of America.  Detroit is now the new Islamic Center of America.  Southern California is an extension of Mexico into America. Another black guy walked into a  furniture store in LA and shot the single girl to death. Another minority, pissed that his fries were too cold at a McDonald’s, pulled out his gun and shot the 23 year old cashier, dead.

You do not dare walk into “Somaliland” in Minneapolis, Minnesota if you are a white person.  There are 125,000 Somalian immigrants who don’t like you, period!

Detroit, Michigan, 300,000 Islamic followers, all immigrants, all practicing Sharia Law, and none flying the American flag. Talk about racism! If you are not one of them, you are the enemy.

If what’s left of American citizens don’t stop this invasion by voting for elected officials who will close our borders, none of us will make it through the race wars, religious wars and cultural conflicts facing our country.  One other note:  we need to deport over 25,000,000 illegal  aliens, and do it now!

Frosty Wooldridge is a writer and speaker fro Golden, CO.He is a Population-Immigration-Environmental specialist, a speaker at colleges, civic clubs, high schools and conferences. His Facebook page is as “Frosty Wooldridge.” His webpage: ww.HowToLiveALifeOfAdventure.com and Www.frostywooldridge.com.
Tags: Commentary