The Best and the Worst 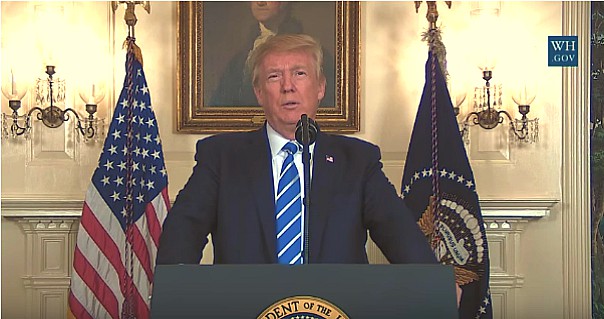 Just when you thought it couldn’t get any more absurd and ridiculous, there comes along an opinion survey that proves how President Trump has so negatively affected the minds and lives of his detractors, and that this has manifested itself in such behavior that any rational person would question not only the validity of the survey results, but the ability and professional standing of the respondents.

The Presidents and Executive Politics “Presidential Greatness Survey” was conducted by University of Houston Professor Brandon Rottinghaus and Boise State University Professor Justin S. Vaughn. They polled members of The Presidents and Executive Politics Section of the American Political Science Association, described as the foremost organization of social science experts in their field of presidential politics. In the December 2017- January 2018 survey consisting of 170 presidential historians and political scientists, voted Donald Trump the worst president ever. All 44 presidents were evaluated and ranked.

Those involved were asked to grade each of the presidents on a scale of zero to 100. Abraham Lincoln received a rating of 95.3, George Washington 92.5, Franklin D. Roosevelt and Theodore Roosevelt and Thomas Jefferson achieved the top five spots in that order, while Harry Truman, Dwight Eisenhower, Barack Obama, Ronald Reagan and Lyndon Johnson completed the top ten ranking.

President Trump received a 12.34 rating, ranking him last of the 44 Commanders-in-Chief. Mr. Trump rated below Richard Nixon who resigned from office after the Watergate scandal, and was voted the 33rd slot, and William Henry Harrison who died after only a month in office was ranked 43rd, and Warren Harding who presidency was plague with multiple scandals was voted 39.

The political affiliations of the survey respondents consisted approximately of Democrats/ 57%, Republicans/ 13%, Independents/ 27%, and 3% selected the category “Other”.  The survey and subsequent vote for Mr. Trump would be cause for embarrassment and the questioning of his fitness and ability for office. Mr. Trump was also considered the “most polarizing” of the presidents.

Now I think I know what you’re thinking, this is all nothing more than a political subterfuge by a bunch of angry hate-filled anti-Trump leftist ideologues, which are no different than the radical professors on college campuses teaching and indoctrinating students. The fact that President Trump was in office less than a year while the survey was taken, and note the disparity in democrats and independents vs. republicans, should tell us what the real intent was of this invidious waste of time.

Consider, if you will, Bill Clinton was ranked 13th, Barack Obama, the darling of the elite learned class, came in at the 8th spot, up 10 since a 2014 survey, and  ahead of Ronald Reagan ranked at 10th. George W. Bush ranked a dismal 30th, up 5 from the previous survey. I believe Mr. Bush was thrown a bone and received a special thank you that elevated his standing because of his anti-Trump position.

This survey, I believe, had a more psychological aspect to it, and that it’s more to do with these pompous so called experts having feelings or emotions, as distinguished from cognition, rational thought or action. Or perhaps Anton Chekhov best summed up what infests the minds of the respondents, “Love, friendship, and respect will never unite people as much as a common hatred for something” or someone.