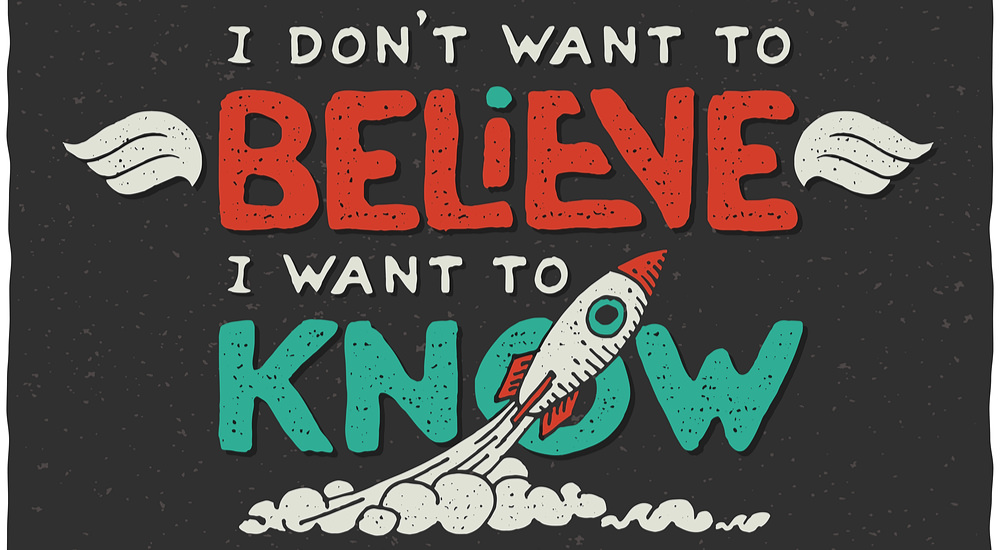 No agnostic will attest to something he cannot prove. Not to the infinite, not to a personal and universal god. The believer attests to the existence, the atheist attests to the absence, but neither can prove it. I don’t know, you don’t know, they don’t know.

A “believer” said that by passing credit and blame to god he avoids “tension without end.” But only an irresponsible and deceitful god would put tranquility above truth and irresponsibility above justice. Such a god would avoid judgment and punishment by lying and poisoning mind and spirit against thought. Such a god could only foment immunity and impunity. In law, the personal god is based on the MOST SACRED TRUTHS, not whims. Only if there is judgment can truth belong to everyone. If only the tyrant can judge, truth belongs only to the tyrant. In law, conflict is a battle where truth, and not tranquility, rules.

If belief is primary, one can state whims and dogma based on “belief” and “conviction” without having to express or defend truth. You can defend kindness, respect, responsibility, diligence and utility to society only if you reflect upon, incorporate and prove that these are your values. Values are meaningless unless they are yours.

Perfection is worshiped, not because it exists but because it provides a metaphysics — a direction to improve. To prove that something is eternal, perfect and infinite is both useless and static. We debunk that which is useless and static by seeking the useful and dynamic. We seek a star to guide you to your destination. It is insanity to think that the star IS the destination. To worship that which exists instead of that which is perfect causes “the death of god” — and the fall of civilizations. In “The Fountainhead” by Ayn Rand, the villain, Ellsworth Toohey, simplified the concept. “If you try to destroy heroes you will scare people off, but if you worship the common, you destroy all heroism.” If you debunk anyone with undeserved power, prestige or money, you will anger them, but if you worship reason you debunk all of them.