Thanks Mr. Hawking for Teaching People how to Look into the Sky 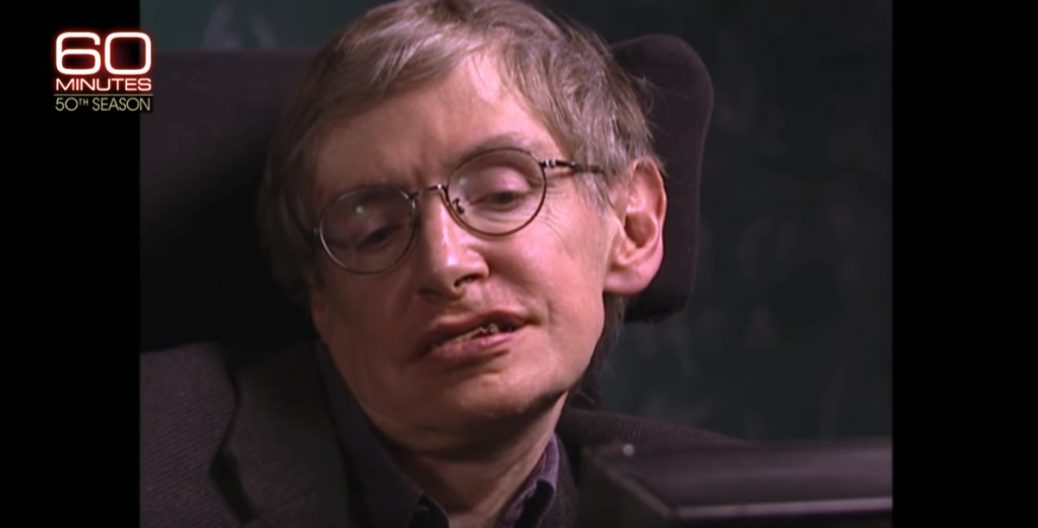 Like most people who lived through a time when science fiction became science reality I’ve always been interested in the physical sciences of chemistry and physics. In fact, for the past four decades I’ve taught both these subjects. Dr. Hawking made this task easy because he described his theories of physics and time in understandable terms. He did not bury it in calculus but rather described his ideas in terms of wonderment and possible explanation of subjects that have been studied since people’s history began.

On March 14, 2018, Dr. Hawking died of a disease that should have killed him 50 years ago. That alone should make him remarkable. He never let his disorder get in the way of his mind. His brilliance never let his mind confuse what he was trying to describe. His genius was never allowed to elevate his legacy above those of us who look into the sky in order to attempt to understand why we are here.

During his lifetime he worked with other exceptional physicists to explain everything. He also gave them the recognition they deserved. He worked with Roger Penrose on the concept of singularities. The theory of singularities is the concept that everything in the universe, or at least our universe, has an opposite. If these opposites meet there will be total annihilation. Since the universe is forever expanding the chance of these direct opposites meeting is improbable yet not impossible.

Dr. Hawking, with James Bardeen and Brandon Carter discovered that black holes exist and satisfy the laws of thermodynamics. These are basic laws that explain that matter and energy can’t be destroyed or created. The second law explains the concept of entropy that Dr. Hawking related to time with the third law discussing the theory that the entropy of a system approaches a constant value as the temperature of the system reaches absolute zero.

Hawking’s definition of how entropy and time are interrelated is what makes most of our minds reach to the stars. Entropy is not, or at least now, a workable value to compute work. It does represent how everything is becoming simpler. Hawking explained how all matter is becoming less complex thus hurling toward becoming nothing. In other words, matter and energy become perfect. This is actually the best way to understand time because time started when nothing became something and then started its voyage to once again become nothing.

Genesis also explained this concept in 3:19: By the sweat of your face you will eat bread, till you return to the ground, because from it you were taken; For you are dust, and to dust you shall return. So, in other words, time began from nothing and will return to it. Time didn’t exist before the beginning and will end at the end in order to become perfect.

Stephen Hawking had so many other remarkable theories about why we exist. He discovered the laws of black hole mechanics with James Bardeen and Brandon Carter. He worked with the concept of cosmic inflation and along with James Hartle he modeled the universe’s initial state. He also worked with Thomas Hertog theorizing about top-down cosmology. He not only worked with these difficult concepts but made them understandable to all of us through his writing of, ”A Brief History of Time”, “Black Holes and Baby Universes”, The Universe in a Nutshell, and “On the shoulders of Giants”. He even co-authored a series of fiction for children with his daughter Lucy Hawking.

My most memorable reality of Dr. Hawking was his acceptance he made a mistake. He stated that the atomic sub-particle Higgs boson would never be found. Actually he was in a perpetual public dispute with the physicist Peter Higgs. The Higgs boson was discovered in 2012. Dr. Hawking admitted his mistake because he was human and all humans, no matter how exceptional, make mistakes.

Dr. Hawking drew a clear line that pure science was responsible for applied science. Today, many believe work that doesn’t produce anything is not important. The problem with this concept is without pure science applied science would not exist. All of our modern technological marvels came from the minds of people like Stephen Hawking. Without them cell phones, GPS systems, and AI would simply not exist.

The next time you look into the sky and wonder where we came from, why we are here, or where we are going thank Dr. Stephen Hawking for his mind and words. He thought that before the universe began there was nothing and at the end of time there will again be nothing. Then at the new beginning of nothing, let there be light.