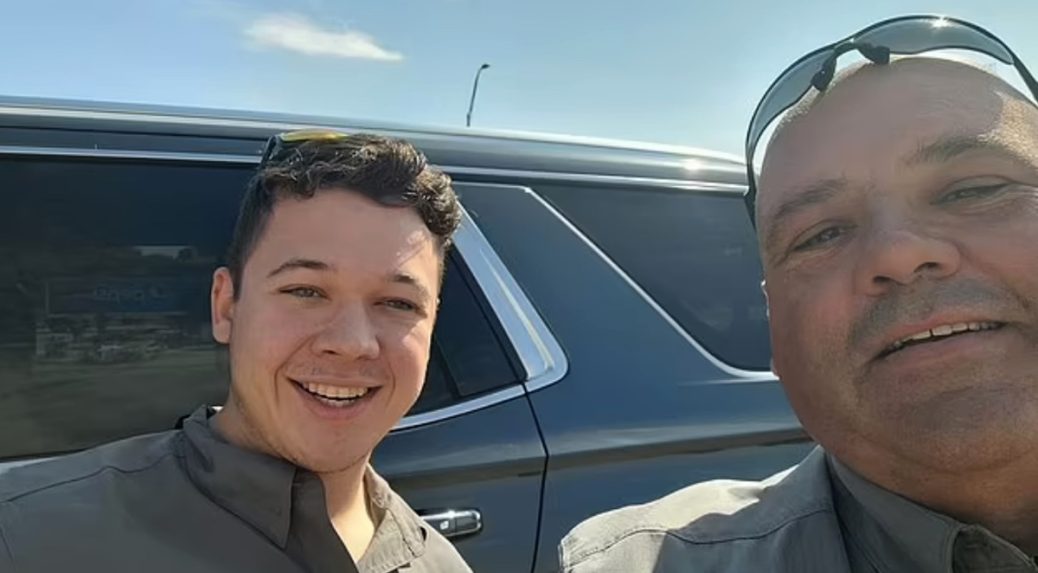 A Texas police department is refusing to bow to the woke mob that is demanding that an officer be punished for posting a photo with Kyle Rittenhouse.

The cancel culture is pressuring the Thrall Police Department to fire an officer who ran across the young man who was wrongfully accused of murdering several Antifa criminals in Wisconsin during a Black Lives Matter riot in Racine in August of 2020.

Rittenhouse is, of course, the devil to leftists, so when a Thrall Police officer ran across Rittenhouse recently and posted a photo of himself with the young man, the left went wild with hate.

A Texas police department refused to kotow to a woke mob after an officer posted a photograph of himself posing with Kyle Rittenhouse to the force’s Facebook page.

In the photo, Rittenhouse, who posed with an unidentified officer from the Thrall Police Department, could be seen grinning from ear to ear in front of a patrol vehicle.

‘Make those stops, you never know who you might meet,’ the post initially read. ‘Today it was Kyle Rittenhouse, welcome to Texas.’

The department, though, stuck up for its officer.

“I must have missed something, I believed that this young man was arrested, charged, indicted and then found not guilty by a jury of his peers. Is this not how our country works anymore? The hate in these comments is terrible, if you have information that is contrary to that I would honestly love to hear it,” a post on the department’s Facebook page read.

That is exactly right. And it’s about time people tell these anti-American leftist loons to pound sand.