Has Texas Begun their “War for Independence”? 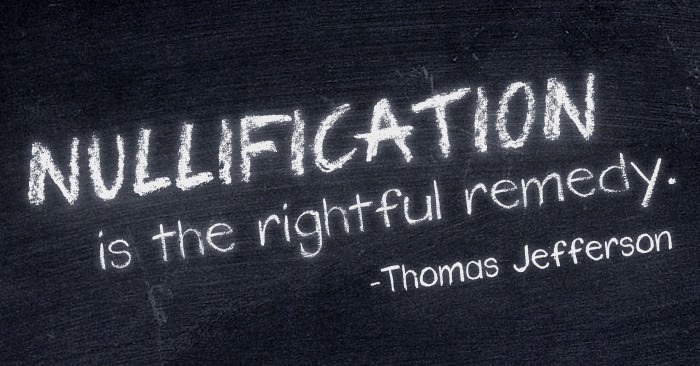 This very week, when Americans were shaken by yet several more violent attacks across the nation by Radical Muslim terrorists, we as a nation were shocked and numbed in disbelief by plans still firmly in place by the Obama administration to bring in 110,000 Muslim refugees from the Middle East this year.

Hillary Clinton, on the stump campaigning for President, vows to increase those numbers of poorly vetted Muslim immigrants to more than 620,000 her first year in office if elected. The stark raving madness of such plans is unfathomable.

It is a widely known fact that there is no means of screening this huge wave of Muslim immigrants to determine which among them are radical extremists and thus potential terrorists.

Nor do we have any database to screen them for potential criminals or with criminal pasts.

Additionally we have no means to screen them to learn whether or not they are willing to assimilate into the mainstream culture and values of American life. Yet inexplicably, both Barack Obama and Hillary Clinton are deadly serious in their hardened determination to bring these 600,000-plus Muslim immigrants to America at the very time that deadly acts of terrorism are on the increase by radical Muslims on American soil.

The number one job of the US President is to keep our citizens safe and secure. Yet to both American citizens in the various states and local communities, as well as among state and local elected officials it is increasingly obvious that security and safety is rapidly vanishing and that we are in “clear and present danger”.

The governors of at least two dozen states have forcefully opposed the immigration and resettlement of Muslims, not only because of the “no questions asked” open door policy, but also due to proven incidents of crime and violence by Muslim immigrants who were resettled by Obama in Twin Falls, Idaho, Minneapolis, Minnesota, New England and elsewhere.

While more than two dozen states, led again by Texas have sued the Obama administration for various and egregious abuses of power and unconstitutional executive overreaches meddling in state and local matters, the action this week by Texas governor Abbott consisted of an outright, defiant refusal.

As a writer with a strong knowledge of American history, the Constitution and the workings of government, Governor Abbott’s action on behalf of Texas this week strongly suggests the invoking of the Tenth Amendment protecting states’ rights, and thus the principle of nullification of unconstitutional federal acts against states.

The nullification principles have been debated in terms of scope and circumstantial legality at various times since before the Civil War. For decades after Union Victory nullification of unlawful federal action, as well as secession from the union, appeared to be settled as illegal. However, the Southern States resurrected the issues of nullification and secession during the battle over civil rights and racial integration in the 1950s and 60s. Given the “moral high ground” advantage owned by the Feds at the time the notion of nullification gained little political steam.

The past eight years of the Obama administration, which has wrought untold misery to Americans though both disastrous policies and increasingly lawless and unconstitutional executive actions, has revived the Tenth Amendment, states’ rights issue and the principle of nullification of unlawful federal actions by one or more states has been resurrected with a vengeance.

With radical Islamic terrorism spreading like wildfire around the world, including Europe and now in America, local officials and governors in over half the states are frantically working to find legitimate means to protect citizens and preserve the rule of law. Even the two centuries old “checks and balances” in three separate branches of government no longer apply; for two years the GOP majority in Congress utterly refused to check and limit the dangerous, lawless overreach of Obama’s executive branch, and numerous federal courts, including the Supreme Court have also failed to limit executive branch lawlessness.

The astounding rise of Donald Trump, the Tea Party, the open revolt against “Washington Political Establishment, along with the widely understood tyrannical executive actions by Obama that go unchallenged, State governors are banding together to fight federal tyranny. On the “frontier strip” an organization called “Free Nebraska” has led the way in partnership with similar movements in other states, to call for the convening of a”convention of states”. It appears very likely when analyzing these related events in clear resistance to dangerously growing federal power and control
over issues that are in the prerogative of individual states, that the highly unusual and noteworthy action of the governor of Texas to directly confront the federal government and Mr. Obama,
that state-by-state nullification actions and declaring state government sovereignty under the “reserve clause” (powers reserved to the states)of the Tenth Amendment is a growing conflict.

Knowing the tyrannical nature of the Federal Government, the growing power struggle escalating into a states’ rights nullification battle involving potentially a score or more of state governors is certain to quickly turn ugly and potentially violent.

Given the precarious political situation and this Presidential election the most consequential in American history, a nullification battle involving states’ rights to limit and push back against federal tyranny, the nullification battle begun by Texas appears very likely to further divide America as some state governments rebel and other states acquiesce.

Let us pray to our Lord that freedom will be restored peacefully. However an already deeply divided America is being further divided and clearly leading to open rebellion, we must also pray for avoidance of civil insurrection.

The stark reality however, is that federal tyranny is clearly headed toward dictatorship, and the bitter but forced choice between liberty and tyranny will result in a ferocious struggle to restore American liberty and the outcome, while uncertain, is just as clearly leading to a historical confrontation and bitter conflict. May God bless America as we endeavor to confront and defeat the tyranny in Washington, D.C. Freedom comes with a price; to restore freedom to America that price will be high. Let us pray to Almighty God that He will empower us to overcome the monstrous evil we now face, and fight.