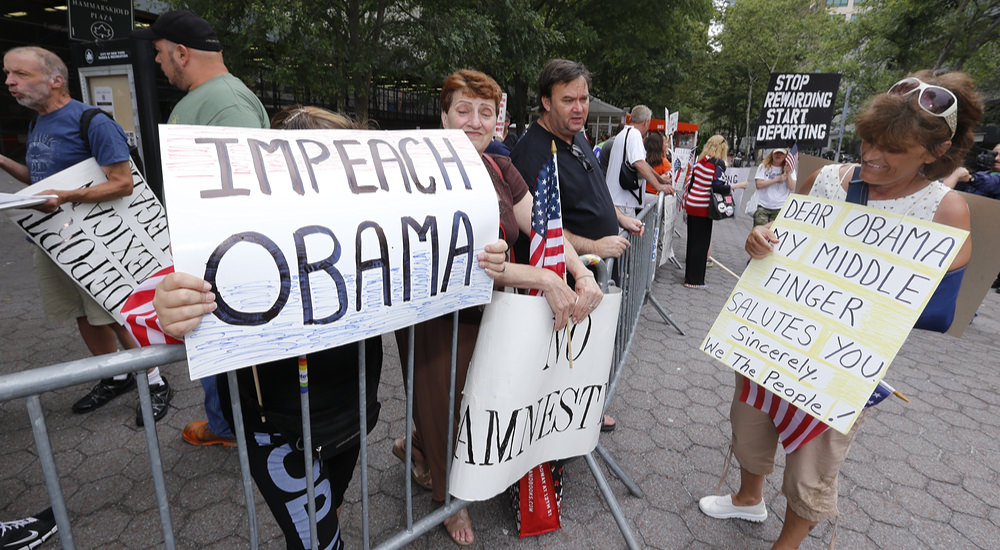 The good guys finally won one! Well – kind of. We have at least temporarily beaten back the Obama forces of evil – the pro-illegal alien crowd.

To further clarify, we didn’t actually do anything. The Supreme Court, with is deadlocked eight current members, did the job for us.

To review, DACA was illegally decreed by Obama in June of 2012. It allows that illegal immigrants who came to the United States as children and meet several guidelines may request consideration of deferred action for a period of two years, subject to renewal. They are also eligible for work authorization. In other words, call it what they will – but it’s ultimately a form of amnesty.

Texas, joined by several other states, challenged Obama’s unlawful DACA order and a lower court agreed that Obama’s Executive Action was unlawful. They issued a halt to the program.

The libs – I mean the Feds, took it to the Supreme Court and yesterday, what many libs feared came true. The high court issued a split decision – 4 to 4, not to rehear the case. Since a split decision is no decision, this automatically kicks it back to the lower court decision, who issued the stay or halt to Obama’s defacto amnesty program.

The decision of the lower court doesn’t reverse Obama’s order, but it does halt the further expansion of the program. But a win is a win, even if it is only temporary.

What happens now is that the case is remanded back to the lower court, where the nonsense will start all over and may eventually end up back in front of the supreme Court.

As an aside – imagine how much money this ordeal is costing the taxpayers. It must be multiple millions of dollars already and

this farce is far from over. Someone should publish an accounting of just how much money Obama has cost us so far – all to force Americans to accept a bunch of people who shouldn’t be here.

Because of this non-decision by the Supremes, the left is once again crying foul over the fact that the high court is somehow “incomplete.” In fact the Obama administration petitioned the court to rehear the case only before a “full” nine member court.

This brings us back to the same old tired argument of how many justices must be on the court.

The original Judiciary Act of 1789 stated in Section 1: “Be it enacted by the Senate and House of Representatives of the United States of America in Congress assembled, That the supreme court of the United States shall consist of a chief justice and five associate justices, any four of whom shall be a quorum…” A quorum is merely a majority.

None of this means a thing to the left. They know what they want – the ninth judge – and that judge must be a leftist. Nothing else will satisfy them. The DACA case will be bounced around, costing us millions more, until the left achieves their goal – amnesty by decree.