What is your test for a Moral and Just Society? 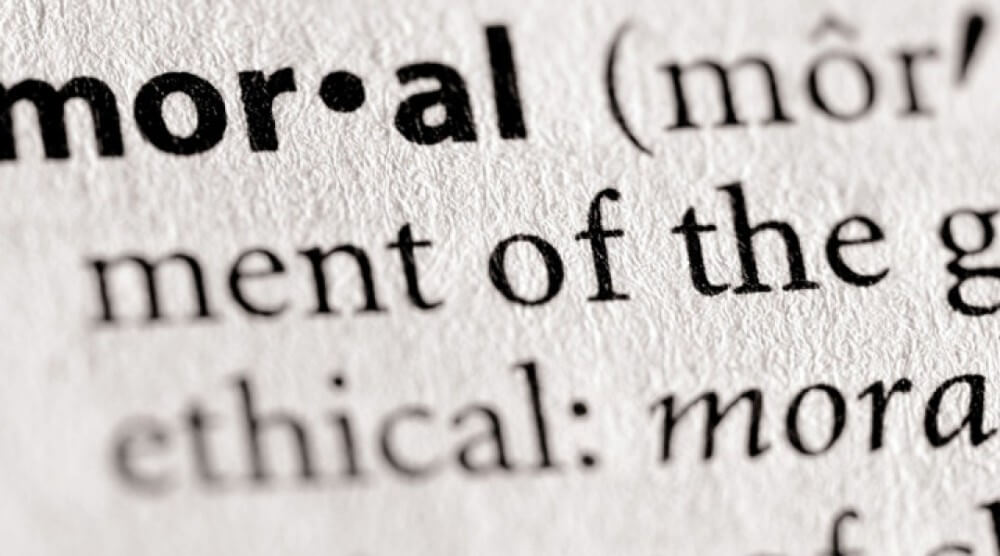 Is your test one with which able and capable people today take advantage of the goodness of others to take care of them? Is your test that of one where you support only people of good moral and character? IS your test how the least of these are treated in our homes? Our Grandparents and children are they the test for you?

A test for a moral and just society is a combination of these, is it not? I argue that if an able body who cannot find work, or lost work needs short term assistance, while the frail elderly grandmother down the street deserves to be safe, secure, and able to eat, and survive. A moral society will not randomly kill the unborn, and always measures it moral aptitude on which is greater, the death of a child or the death of an animal. That same society will follow the laws upon which it was born, and will not prostitute the words to fit the needs of the capable for greed, and demand, but hold to its most pure form.

Today we have lost our moral and just society when we do not allow a third party the same ability to offer a candidate for President as those of the Republican and Democratic parties. The society has lost its moral compass as it sees nothing wrong with billions being spent on these elections, and not a current President of the last 25 years has left office without increasing their wealth many folds. This tells me that somehow the office is no longer a servant leadership role, but one of wealth, greed, and complex entanglement. We watch our politicians dispute the smallest of issues, with no clear sight of an agreement, while the working American becomes less and less financially sound, and more dependent on government programs. This is not just or moral.

We see our elderly forgotten, abused, taken advantage of, our children aborted before their first breath, and we see our taxes and rules growing. No longer can the average family spend their time in pursuit of happiness, because they are too busy trying to just survive. This is not just, nor is it moral.

We tax the worker, give it to the unemployed, and to those who may or may not truly deserve assistance, and we have doubled these numbers in the last decade. This is not moral or just. We have written more and more tax laws, added a healthcare program that will bankrupt the poor, and put the middle class into the poor category while the rich get richer, and capitalism falls apart. This is not moral or just.

We control the air you breathe, the size of the drink you order, the food your children eat, the contraceptive procedures without your approval for your children, but make you responsible when those same children break another law. This is neither just or moral. We allow 11-year-old girls the right to abort, but we force their parents to get a doctors note for simple aspirin. This is not just or moral. We teach sexual education to young children, force children to share the bathroom with older kids and adults who feel that they are a sex, other than what they were born to be. We make the laws so that children can be abused sexually, mentally and physically by strangers, but arrest parents for simple spankings. This is not just or moral.

We have a Constitution that is very explicit on specific items, but the government and the courts deem that they can go extra-constitutional and make up their own without consequence. They force regulations, laws, and take away individual and family rights. This is not just or moral.

The time is here for the Just and Moral to once again prevail. There is a time that a revolution beyond comparison will take place upon the plains and hills, peaks and valleys of America, and then the Just and Moral will once again prevail. No more shall we accept the rude, immoral, unethical, without integrity lifelong politicians to corrupt our constitution and destroy our country. Today we stand proud to say  NO MORE!!!