Terrorists Are Not Holocaust Survivors 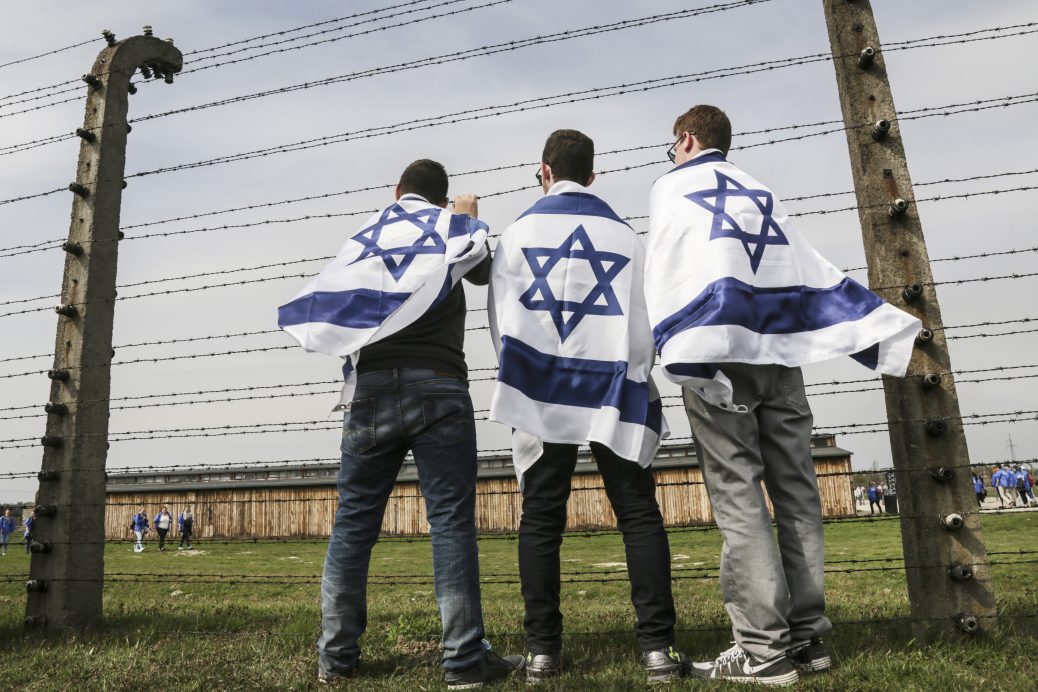 When Nicholas Kristof, a writer for the New York Times, wrote Anne Frank today is a Syrian girl, he was publicizing his own distorted view that all immigrants are equal, period.   He compared the dilemma of the Jewish Holocaust victims’ flight from imminent torture and extermination by the Nazis and collaborating European regimes with the experience and intent of the Syrian migrants.  By failing to conscientiously compare the people, their circumstances, and the ultimate purpose of their migration, he failed as a journalist and went headlong into moral equivalence.  Kristof is presenting the migratory Muslims in the role of hunted Jews! Claiming two situations equal on the basis of superficialities is due to either lazy thinking or outright deceit.

Beginning with the discovery of a World War II letter penned by Otto Frank (father of Anne Frank), who sought a visa out of Amsterdam to any country that offered safety for himself and his family, Kristof pointed out the West’s indifference to Jewish refugees at that time.  Far from being an awakening of sympathy, however; he was preparing his readers to accept a comparative analysis between the reluctant, meager acceptance of the Jews in their desperate flight from certain annihilation and the extravagant welcoming of Islamic migrants who bring with them an ideology calamitous to democracy.

The records show that of the Jews who fled Europe during the Holocaust, America accepted only  95.000 Jews in 1939, before the doors closed and Jews were banned from leaving Germany (October, 1941).  To prepare us for the disparity of Syrian numbers, Kristof reminds us that the American government resisted Jewish entry because of anti-Semitism and fears of Communism and Nazism.  He failed to mention the malicious, devious journalistic practices of his own employer, the New York Times, that calculatedly toned down the frantic plight of the Jews and Hitler’s “final solution to the Jewish question.”   With malevolent intent, the Times omitted crucial information and limited such articles to the back pages (a practice exposed by journalist Laurel Leff in Buried in the Times, 2005), keeping the public in the dark about the Jews’ desperation and the horrors that awaited them.

By contrast, the US received some 757,626 Arabs between 1967 and 2003, who number more than one million today.  Seeking a partisan advantage, Homeland Security accepted an additional 10,000 Syrian refugees ahead of Obama’s schedule, and wrongly granted citizenship to another ineligible 900 immigrants.  Further, Hillary Clinton aired her determination to bring in as many as 500 times that number (5 million).  While it is true that there are wars raging in the Middle East and the masses are endangered, Obama continues to favor the Sunni perpetrators and virtually ignores the Christians.  Of the 2,300 refugees accepted in June, 2016 alone, more than 99% were Sunni while only eight identified themselves as Christians.  In August 2016, 150,000 Iraqi Christians were driven from their ancestral homes into Kurdistan, although primarily Christians and minorities are the ones who suffer most in Syria.

Not to the Christians is our administration’s generous hand extended, but to the indoctrinated youth, the jihadists, who are calling for our blood while our Politically Correct provide them with hypothetical grievances. This is hijrah, the journey of the vanguards that are colonizing America by the neighborhoods, the majority of whom have no intention of assimilating and openly declare that they will never accept American law over sharia.  Yet Kristof would have us believe that there is nothing to distinguish the Jewish refugees of an earlier generation with the assorted Muslim refugees of today.

If he were seriously pursuing a comparison between European Jewry and Syrian Islamists because he was inspired by their superficial similarity of refugee status, then he needed to go on and compare their countries, values, belief systems, industry, progress, and humanitarianism (or lack thereof).  I shall attempt to finish his work.

A mere 68 years ago, the Jews began their labor of love, the re-creation of the long-awaited State of Israel.  On what had become desert and swampland, persecuted refugees from every part of the globe joined their brethren to restore, redevelop, rebuild and defend their ancestral land from neighboring marauders who refused to join the modern world. The Israelis built one of the most vibrant, diverse, inspiring nations the world had ever seen – culturally, economically and in terms of human dignity and equality before the law. Their innovations in science, medicine, academia, and in humanitarianism have been exceptional and praiseworthy, and they eagerly offer their expertise and hands-on assistance to non-Jewish countries in despair after earthquakes, tsunamis, drought, and war.  Israel’s technological advancements are extended to all to improve quality of life on earth, regardless of religion, gender, or race.

Jewish law is based on love and kindness.  The Golden Rule, “Don’t do to others what you would not want done to you,” comes from the Torah.  The 613 Commandments provide guidelines on loving Jews and the stranger; to give charity (tzedakah) to the poor and needy (charity equates to justice); not to wrong anyone in speech or business; never to pervert the law with deception; and including the worker and the animal when honoring the Sabbath.  The Israeli system of government is based on parliamentary democracy.  The Basic Law of Israel exists to ensure the preservation and protection of life, body, dignity, property, and personal liberty for all, and all governmental authorities are bound to respect those rights.  The young Israel is a dignified modern State that stands on par with any western democracy that has been centuries in the making.

By contrast, the ideology of Islamic law, sharia, held sacred and inviolable by the majority of these new migrants, is rooted in intolerance and hatred, with decrees that undermine the individual’s dignity and freedoms.  The Koran espouses hate of others, brutality, and methods of killing non-Muslims, including cruel beheadings and chopping off limbs.  Theft is punishable by amputation; criticizing the Quran, Muhammed or Allah is punishable by death; apostasy is punishable by death; a non-Muslim man who marries a Muslim woman is punishable by death; and Muslims must lie to advance Islam.  According to Islamic law, charity (zadak) must be directed to their own faith; 99 percent of their assistance is so targeted.  Animals sacrificed for the holy season of Eid may be brutally tortured until dead and their blood runs like rivers.

Muslim women are particularly singled out for barbaric FGM (female genital mutilation) and for marriage as an infant with consummation at age nine.  She may be beaten for insubordination and lose her children when divorced.  She needs the testimony of four male witnesses to prove rape but she may not testify in her own behalf; her testimony in property cases carries half the weight of a man’s.  She may inherit only half of what a male inherits.  She may not drive a car, attend school, or speak to a man who is not her relative.  When her sexual purity is suspect, the young woman may be tortured and murdered.  Children may be trained for suicidal jihad missions and used for human shields and adult sexual satisfaction.

To their lasting shame, Islamic countries continue unabated their 14 centuries of enslavement, severe rule, and wars of conquest by migration and terror, rioting and rape. Islamic fundamentalism keeps their people in fear, poverty, hopelessness and resentment of the West’s modernity and higher standard of living, and the terror is seen in Israel, Europe and the Americas.   Recently classified an Ameriphobe, Hillary endorses the increased immigration with preference given to Muslims.  Dr. Juhdi Jasser, however, has just warned that flooding America with unvetted migrants and promoting the erroneous description about petty criminal Michael Brown and Ferguson, Missouri (Black Lives Matter), and others, are intended to unravel our national identity.

The purpose of hijrah is to build a worldwide Islamic caliphate and to blame and destroy Western powers for Islamic bloodshed.  Barack Obama, Hillary Clinton and their devotees are dedicated to changing America, turning our country into one great, lawless “sanctuary city.”  On September 29, this year, FBI director James Comey predicted a terrorist diaspora on American soil within two to five years.

Nicholas Kristof’s attempt to draw an equivalence between Jewish refugees and the current influx is either hopelessly inadequate judgment or something more troubling that emanates from his and his paper’s complicity with the Left’s assault on America.  It would not be surprising if, in the writer’s next article, he would draw comparisons between the Fuhrer and Groucho Marx because, after all, both had mustaches.