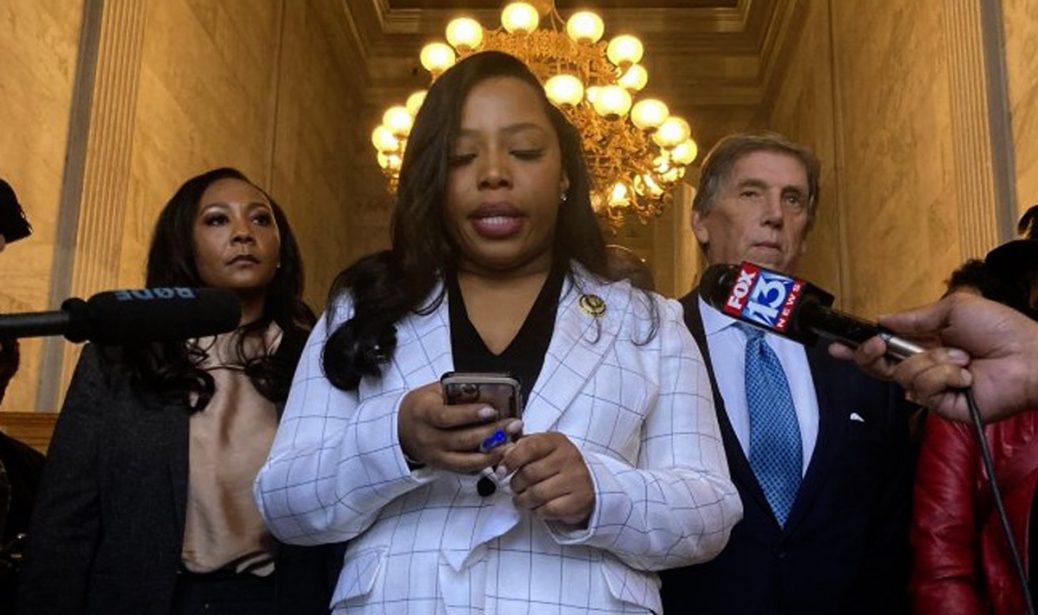 The Tennessee Senate expelled a sitting Democrat Senator after she was convicted on federal wire fraud charges, but Democrats have called the expulsion “racism.”

The GOP-led Senate passed a motion in a 27-5 vote to expel Memphis Sen. Katrina Robinson, after she was convicted in Sept. on wire fraud charges.

Robinson was caught using campaign finds to purchase goodies for herself such as Louis Vuitton handbags, paying for her wedding, and other illicit expenditures.

The Sen. pleaded not guilty, but she was convicted in a federal court, regardless. Robinson was found guilty on four of the five charges of wire fraud on Sept. 30, 2021.

With her conviction, the Sen. moved to throw her out of the body.

“While the expulsion of a senator for the first time in history was not something any of us wished to see, it was a necessary action,” Senate Speaker Randy McNally said in a statement after the vote, the AP reported. “The integrity of the Senate is of paramount importance.”

Republican Senator John Stevens added that Robinson was properly convicted and deserve to be expelled.

“They determined she violated a criminal statute. A federal judge did not disagree with that determination. How can we demand that citizens respect the integrity and reputation of the Senate if we disrespect them by ignoring their determinations,” Stevens said.

Naturally, Robinson the criminal Sen. threw the race card and played the victim.

“Today the country got a front row seat to the saddening reality that racism pervades every level of our society,” Robinson bloviated. “Even as a sitting state senator, I was denied equal rights among my peers.”

Bogus nonsense. Robinson is a crook. She does not deserve the title of a state Senator.