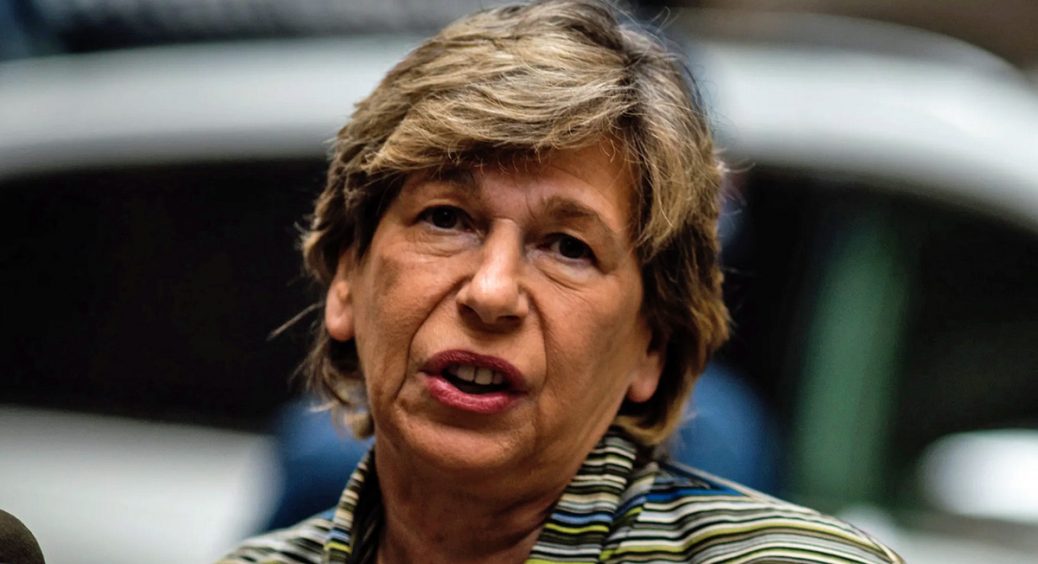 The president of the nation’s largest teachers union not only misspelled Ukraine, but held the nation’s flag upside down in a tweet meant to show her support for the war torn country.

The hashtag, of course, is spelled wrong. Weingarten got the “a” and “i” switched in Ukraine.

But the sign she was holding in the Tweet was also upside down. Weingarten’s flag sign had the yellow stripe on top, but the Ukrainian flag actually has the blue stripe on top. 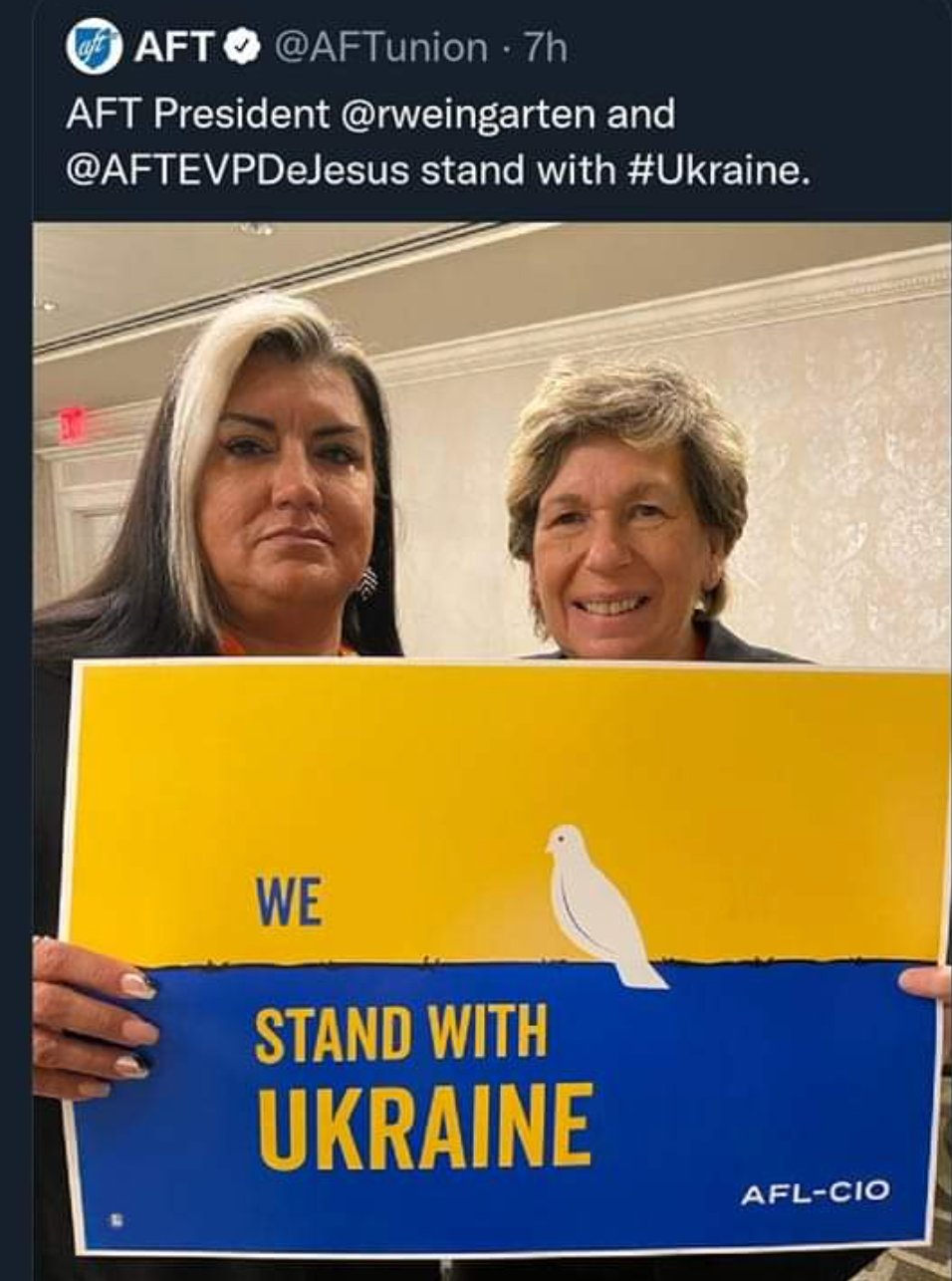 Weingarten quickly deleted the screwed up tweet, but it was too late. Everyone saw it.

Amusingly, Weingarten wasn’t the only leftist halfwit that got this wrong. The unions also used the muffed up flag poster.

Below, see how the AFL-CIO had to cut the sign up and rearrange it to fix it:

The @AFLCIO has now deleted their photoshopped “stand with Ukraine” photo.

Join me on a journey.

Get dragged for upside down Ukrainian flags