A Tale of Two Surveys (Are the Parties Conning Us?) 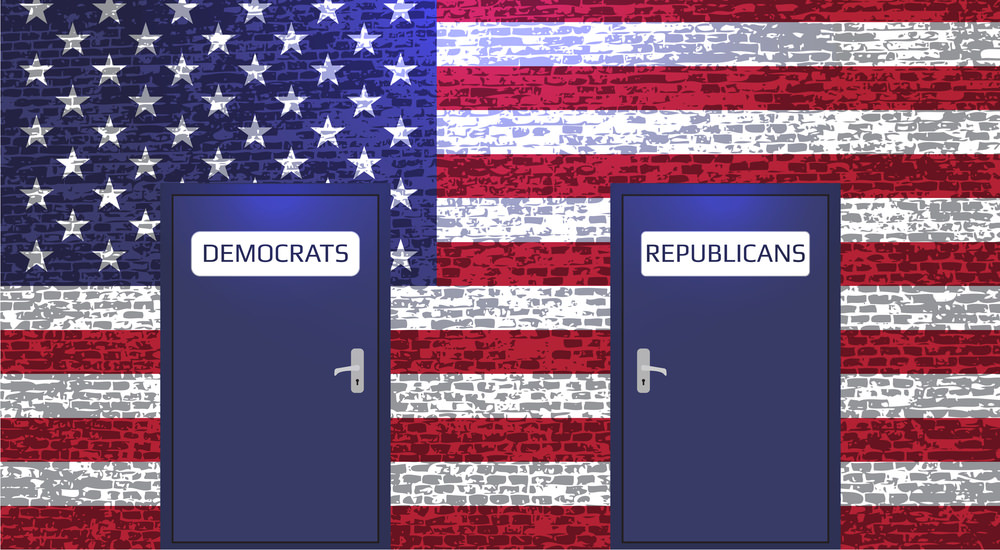 It was the best of times, it was the worst of times, depending whether you were receiving the “Republican 2017 Congressional District Census,” or the “Official 2017 Democratic Party Survey”; whether your party had just achieved victory, or suffered defeat; whether your party was in power, trying to defend the country against the forces of evil, or was out of power, trying to take the country back from the forces of evil. Whichever survey you received, one thing was certain: The country could only be saved if you “send us your money!”

But perhaps I should back up to start at the beginning of the story.

I’ve been receiving gimmick fundraising letters from the Republican Party for a long time. I mean, a really, really long time – like decades; and that is despite the fact that I’ve never in my life been an actual member of, nor donated to, the Republican Party. But that hasn’t stopped the republicans from sending me mailings, sometimes with a membership card, and at other times, an official survey seeking to discover the views of the “party faithful,” so that the new congress can set their agenda based on the opinions of some guy in Spokane Valley who isn’t even a member of the party.

However, I had never really thought about what kind of fundraising schemes the Democratic Party might be employing to extract funds from their target donors. Well, I recently found out when a friend shared a letter with me that he had received from the Democratic Party. Like me, and my non-association with the Republican Party, this friend has nothing to do with the Democratic Party. I don’t know what caused them to include him in their most recent mailing, but I’m glad they did, as it gave me a chance to compare the tactics of the two parties side by side.

What I discovered is that the similarities between the two mailings are just too great to ignore.

The only physical difference in the mailings was that the democrat letter was only two pages long while the republicans droned on for four. Perhaps the democrats are trying to win environmentalist support by proving they can run a con without killing as many trees as republicans.

The more I think about it, the harder it is to believe that these mailings were not produced by the same fundraising firm, using the same scam, at the same time, for two different political parties, without the need to significantly retool between serving their two customers. Or, maybe there aren’t really two different parties. Maybe there’s just one party using two different fronts to con people who identify with different ideologies.

I’m not really proposing a new conspiracy theory, I’m just being facetious and a bit sarcastic while shining some light on the fact that, at least in some things, like fundraising schemes, these two supposedly diametrically opposed political parties walk so closely aligned that you can’t see daylight between them.

Like any good confidence game would, the mailings use the liberal, or conservative, rhetoric and issues necessary to gain the confidence of their target audience so that the mark will be inclined to hand over his money. However, in this particular mailing, the two parties did have some issues in common.

I’m referring to these mailings in terms of a confidence racket because they have so much in common with one. According to Wikipedia, a confidence game, “is an attempt to defraud a person or group after first gaining their confidence.” Well, the two parties are certainly doing their best to gain the confidence of their respective target audiences by using the right liberal, or conservative, rhetoric. The question is, whether these parties are defrauding their supporters?

Both parties have held complete control of the federal government at some point in the last decade and a half, and had it in their power to implement everything on their agenda. Democrats have managed to implement at least some of the liberal agenda, whereas republicans . . . well, I’m hard pressed to think of anything overtly conservative that they’ve managed to implement.

So, does extracting funds from conservatives by using their own rhetoric and issues to gain their confidence, yet failing to implement much, if any, of their agenda, constitute a con? You’ll have to judge that for yourself.

Republicans once again have full control of the federal government and the power to implement all of the traditional agenda of true conservatism. Let’s watch and see if they end abortion, secure the borders, withdraw from the UN, abolish the Federal Reserve, reinstitute constitutional money, repeal all gun control laws that have “infringed” on Second Amendment rights, begin defunding and dismantling the plethora of agencies and programs not enumerated in Article I, Section 8, etc. And let’s see if they repeal Obamacare, replace it with nothing, and begin the dismantling of all of the federal government’s unconstitutional meddling in the arena of healthcare that has gone on for generations.

Regarding the survey’s themselves, for all I know they might actually tabulate the results, but I would be shocked if they did. Nevertheless, I call the surveys a sham – at least the Republican one for sure – if only because:

These surveys are not conducted for the purpose of discovering the will of the people. They are psychological ploys designed to make you feel like you’re part of the party and that your opinion matters. After you’ve expended time filling out the survey, you feel invested in the party and are more inclined to donate.

The Democratic and Republican Parties would do well to show more respect for their base of support than to treat them like mere marks in a con, endeavoring to separate people from their hard earned money by use of gimmicks, ploys, and the psychological tactic of fear of the other party.

If a political party wants my support, it doesn’t need to use confidence game tricks, it merely needs to honor God, uphold the Constitution and contend for the principles of true liberty.

PS. While writing this article, I also received a “Spokane County Republican Party Area Assessment” (i.e., survey) from the National Republican Senatorial Committee in D. C. Then, just before publication, I received my official “Team Ryan Speakers Club 2017 Membership Card” from Speaker of the House, Paul Ryan. They just don’t quit, do they . . .