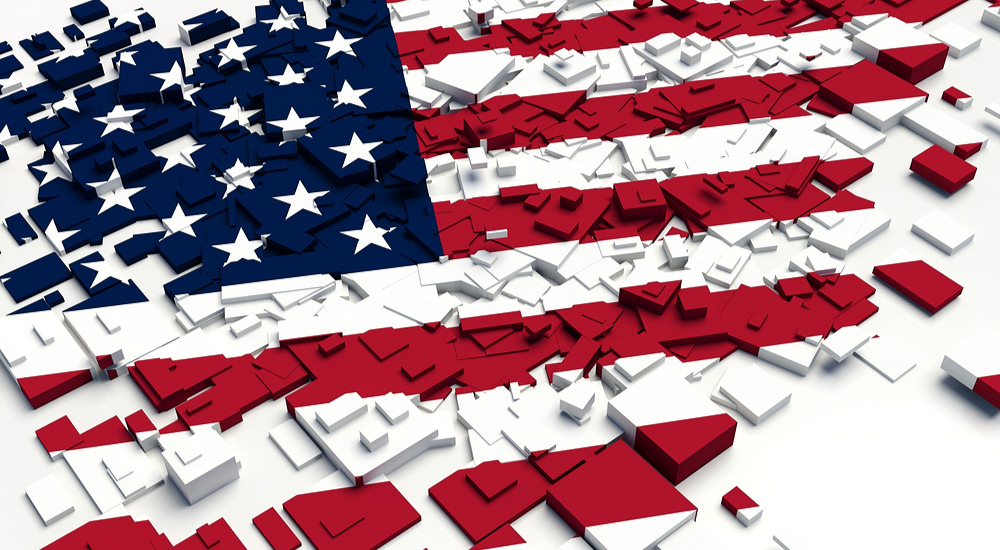 I recently read an article by a fellow iPatriot writer that intrigued me, encouraged me, and caused me pause and self-reflection.  My response here is NOT intended to infer the writer was wrong/ incorrect in his analysis of the vicious environment that is on display in this country.  And I agree that there is a segment in America that needs to take a step back. But it is not us Patriots that need to step back!

The article pointed out the horrible display of actions and words being spewed by the Un-Hinged Left.  The degree to which the Left has attacked our people and country is more truly descriptive of the “Deplorable” people Ms. Clinton was describing during her campaign.  I believe the deplorable people in this country are the ones we see acting like spoiled rotten children throwing tantrums because they have stopped getting their way.

I have yet to see anything from anyone on the “Right”, “Center-Right” or “Independents” that comes anywhere near being descriptive of “deplorable”.

What I believe is “deplorable” is that for way too long the general population of “Center and Right” have already taken steps back and that is why our country is in the disgusting mess we are today!

The only time we have won out against the radical un-hinged Left the past 9 years…is when a few brave people stood up and “forward” against the radicals in this country.  Examples would be Chic-Filet, Hobby Lobby, and a few other organizations/groups that dared to defy the Left’s agenda and were actually successful.

I’m an old fart and was raised to “tolerate” but to also “stand my ground”.  My father was a Minister and taught and displayed his tolerance and acceptance of all people and all races.  He also taught me to fight for my convictions.  I have fond memories of my early school years in Southern California.  We were a melting pot of Nationalities/Races.  My schools were a mix of Japanese, Chinese, Indian, Blacks, Hispanics, Koreans, and you name it.  It was educational and taught us respect for others no matter their background.

There were “bullies” from each one of the above mentioned groups.  When any of us “took a step back”…they won and increased their bullying tactics.  Only when one or more of us “stood up to them”, did the bullying stop.  And 99% of the time…we shook hands and were not only civil to each other but ended up creating better acceptance and many times great friendships.

In my humble opinion…we in the Center and the Right have not only taken steps backward to tolerate, the radical agenda of the Left…but have actually run away from the fight to defend ourselves and our own personal liberty and freedoms.

The ONE reason we are seeing vicious behavior from the Left in the streets, the Media and our Politicians…is because they have bullied us to death the past 8 years and finally the “People” stood up and elected a man who is 100% American. He believes in the rule of law and actually enforcing those laws and in so doing, he has “taken away the candy” that they have enjoyed for way too long and they’re having withdrawal pains.

Power and Control is as addicting as Heroin.  The longer you have it…the worse the withdrawal.  We are witnessing the withdrawal pains from the Left.  By “we the people taking a step back”…we simply prolong the process of healing.

The Center and Right have “taken a step back” for far too long and it has decimated our country.  We’ve seen too many common sense liberties ripped from our hands and lives.

This list could go on and on and on.  And EVERY ONE OF THEM is because we “took a step back” and let them bully and run over us for fear of being “labeled”.  I believe it is time for true Patriots to “STEP UP”… not back!

I do NOT believe we should be radical in our approach…but we should firmly state our opinions and back them up with facts…not the smoke-and-mirrors we’ve been accustomed to in the past from the Left and the Media with their insane logic.

We’ve stepped back for at least the past 8 years for fear of being labeled “racist” because our last President was black.  I wasn’t against him because of his color… I was against him because he was wrong on so many things and was the most Un-American President we’d ever seen and has actually set race relations back to levels I can’t even remember.  His wife rolled her eyes at the presentation of the Flag by our military.  She stated quite forcefully that she was ONLY proud of America for the first time when her husband became President.  What a disgrace!!

In November of 2016, we stepped forward loud and clear against incredible odds and elected a President that is a true American and proud of it.  One that is firmly entrenched in the rule of law and enforcing those laws.  Is he perfect?  Hell No.  But by God he is 100% American and won’t back down from a fight when the going gets tough and I love that kind of courage and tenacity!!  He deserves our unwavering support more than ever right now!!

The Left has been flaunting the laws for years in order to get their way for far too long.  And THAT is why we are seeing them going crazy.  Their “candy store” and “free rides” are being taken away!  It’s long overdue.

It’s time to “Step Up” in a civil way and support the President in his efforts to return the United States back to the people and regain Americanism and enforce our Great Nation of laws.

May God Bless our Country, our President and our Patriots…and also those who are against us!!