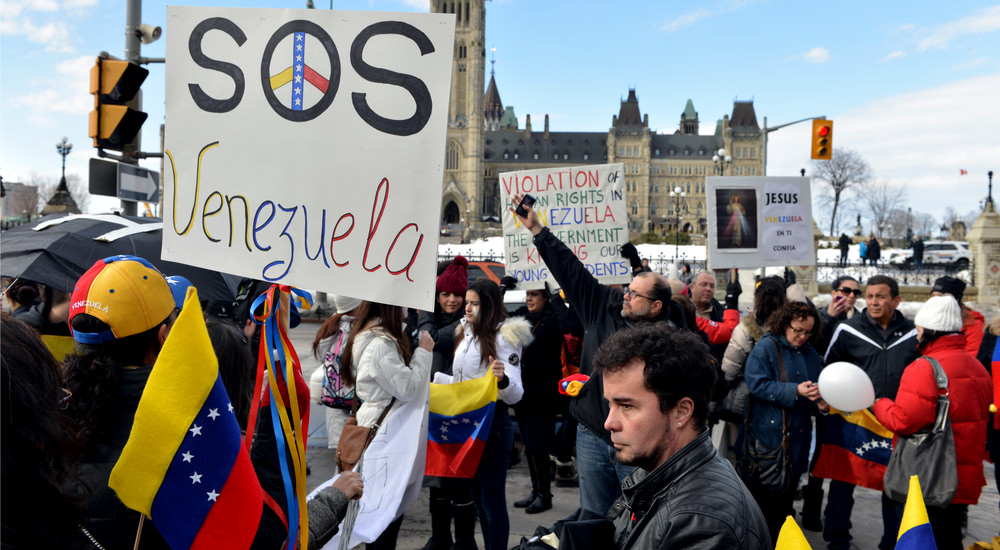 Vigileaks just received up-to-date insider knowledge from a Ph.D Focolarina, just settled in Uruguay, after 35 years in Venezuela! Requesting anonymity, she confided to a Vigileaks correspondent in Italy some terrible stories!

“The Venezuelan people are truly starving! Their president is quite mad!”

The good doctor elaborated, “Well-to-do people I know came up to me on the street. They begged, “We’re so hungry. Please give us some food.”

Many see President Trump a distant hope, but a hope nonetheless. Truly, it appears God working through President Trump is their only hope before cruel deaths by starvation. But others think his help too good to be true and will remain distant.

“The Venezuelan president, this madman, is in Cuba every week with Raoul Castro. Castro controls the oil in all the South American countries. The Venezuelans are all afraid to do anything, as their oil will be cut off! Horrific and terrible!”

Many know only the brilliant diplomacy and determination of President Donald Trump could save them. Many are, nearly starved to death, painfully, as they cling to this only hope. They see him as God’s Man of the Hour.

Of the Venezuelan president, the madman, Nicolas Maduro, the doctor revealed: “His entire body is covered with protective gear except for his head.”

“What will happen? The people are being systematically starved and there is no work!” The good doctor could say no more…

Job prayed for his friends and he was healed. If Americans pray, and act, that President Trump will intervene with no indecision to quickly set Venezuela in order, might the Blessing return to We The People and the America who allow this? To be merciful and literally save an entire country from the pains of starvation, is truly involvement in a Just War.

Let’s face it.  We are not globalists.  But neither do we let starving nations perish as Soros and Gates continue their draconian pop. control and eugenics agendas.  Let’s We The People encourage President Trump to quickly put Venezuela in order and employ starving Venezuelans in industry freed from dictators and madmen.

And perhaps such a prototype will give South American illegals in the US something to return to, thanks to the greatness of President Trump….