Syrias’ Gassing Attack: A Political Plan From 2013 To Overthrow Assad? 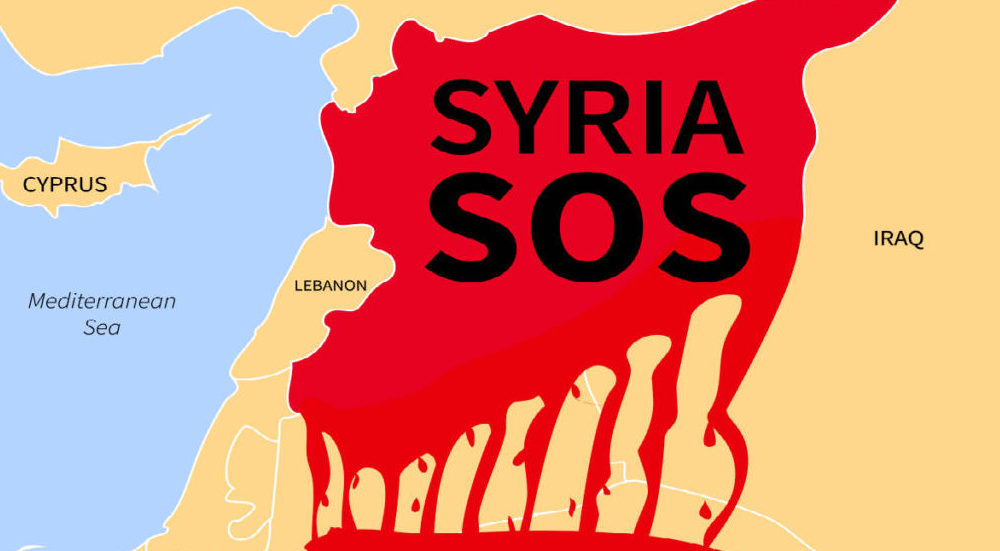 I’ll gladly be the first one to admit that I am not privy to the intelligence reports that President Trump is privy to.

I’ll also be the first one to admit that I want a strong leader sitting in our White House: someone who won’t ignore or pussyfoot around issues, or draw toothless “lines in the sand” while leading from behind.  I love it that President Trump takes the bull by the horns and, through his actions, SHOWS everyone that USA-Apologist Obama is no longer in control.

With that being said, I must admit that this whole situation concerning Assad’s possible gas attack on his own people in Syria isn’t ringing true to me, and I’m very concerned that this is a False Flag…a political set-up to take down Assad’s regime.

1.   Where’s the PROOF that Assad was behind this attack??!  So far, it’s just been supposition, assumption, finger-pointing, and everyone jumping on the same bandwagon.  A lot of rhetoric and posturing but still no concrete PROOF.

2.   Then look at those who are GLEEFUL regarding our bombing of Syria: HILLARY, MCCAIN, and even “Leave-Our-Borders-Open-For-My-People” RUBIO, just to name a few.

Elitists, liberals, RINOs, NWO-backers and other ‘swamp creatures’ who have been funding ISIS/Al Qaeda during Obama’s term…and obviously with his blessing…now seem to be almost dancing jigs at President Trumps’ having sent more than 50 missiles to attack that Syrian airport from where the chemical weapon attacks stemmed.

Those people in that D.C. swamp have long seemed to be itching for a third world war.  Therefore, I’m certainly not going to feel comforted by THEIR singular support of this particular action of President Trumps’.  Especially when this is an attack occurring in an area of the world where a third world war could easily sprout up…AND where the Book of Revelation says it WILL sprout up!

Doesn’t it seem more logical and realistic that, when your enemy CELEBRATES your actions, it’s time to reevaluate those actions!?

3.   Something to think about, here: back in 2013, there were leaked emails from “two senior officials” at Britam Defence that referred to a plan being concocted which involved using chemical weapons on the Syrian people.

However, this would not be ASSAD’s doing but, rather, a scheme that was apparently being backed by “Washington D.C.”.

This plan involved using Qatar to fund rebel forces in Syria so that they could attack the Syrian people chemically, and then put the blame on ASSAD and HIS regime.

This, in turn, would create international outrage and, most likely, justifiable military action against Assad, resulting in his regime being overthrown and replaced.

And here it is, now four years later, that THIS VERY SITUATION HAS HAPPENED.

Coincidence??  Or could it be a political plan that finally came to fruition once our politicians believed we’ve had enough time to FORGET about those leaked emails of Britam Defence?!

4.   Assad has been successfully bombing the crap out of ISIS and Al Qaeda…much to the chagrin of many obama supporters still quietly working at their various levels of government positions in every military and non-military area of our government.  (The rats have yet to be completely exterminated.)  I can understand them wanting Assad gone.

5.   In 2014 Assad gave up all chemical weapons although ISIS and AL Qaeda still retained THEIRS.  But for argument’s sake, let’s say he kept some around.  This leads to the questions of WHY would Assad suddenly use chemical weapons on his own people when the majority of them continue to support his regime?

And why do this AFTER President Trump had already stated just a short time ago that he would NOT support a regime change in Syria?!

It simply doesn’t make any sense to suddenly do something so cruel…so destructive…that it could easily become your “Waterloo”.  Assad might be many things but he is NOT a fool.  He enjoys Power as much as any other leader in any other country, and he is well aware that a forced regime change could easily result in his having to get out of that country as fast as possible if he wished to remain free…or even to continue living.

All these things that I’ve stated above point to Assad as NOT being the perpetrator of this horrible chemical gassing of his people.  Rather, I believe that, in absence of cold hard facts, it is quite possible that our D.C. politicians are manipulating the American public and maybe even President Trump.

Yes, President Trump is a very smart man.  But the career politicians in D.C. have a definite advantage over him when it comes to “Business Sense” versus “Political Scheming”.  They’ve had YEARS to hone their skills of Deceit and Lies, and they know how to weave political webs in order to obtain their goals.

A political scheme concocted four years ago suddenly coming into existence now is not “coincidence” by any means.  If Obama has taught us ANYTHING, it’s that there’s NO SUCH THING AS COINCIDENCE in politics.