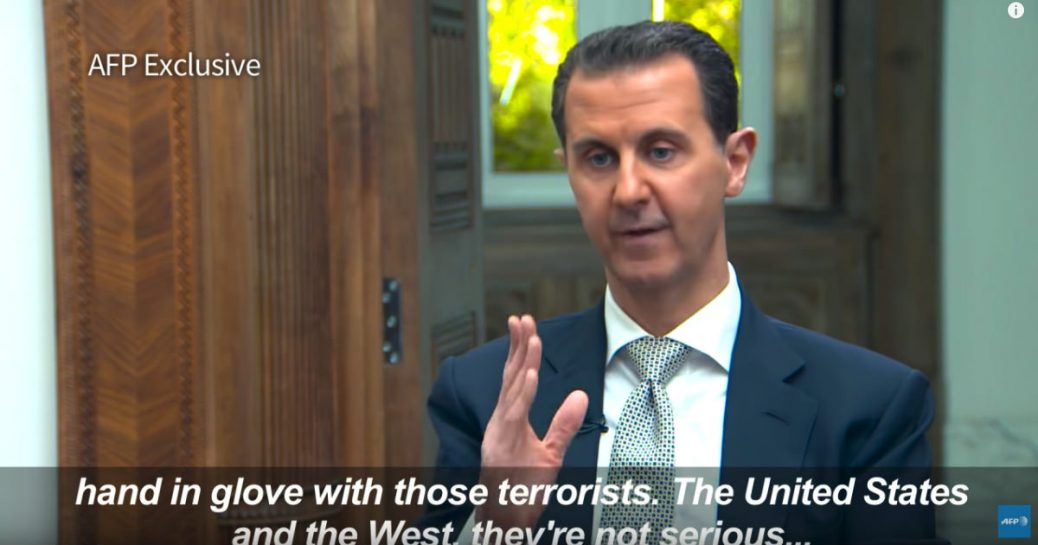 Syrian dictator Bashar Assad is putting a full court press on the media in an effort to get them to forget the evidence and believe that Assad is the good guy in Syria.

Here’s the thing… there are NO good guys fighting to control Syria. There are evil monsters trying to control the country, and there are innocent civilians struggling to survive in the maelstrom of madness. Assad’s assurances are not supported by evidence, in fact, all of the evidence points to his government having used chemical weapons on multiple occasions (we’re talking 5 or 6 times).

The only reason that anyone in the West would be pulling for Assad is because religious minorities have a greater level of protection under his regime than they do under the factions he is fighting against. That is a compelling argument, however, it falls apart when we consider the barbarity with which Assad treats his people in general. While Christians are “safer” under Assad they are by no means “safe.” No one is safe under any of the current factions fighting in Syria. No one.