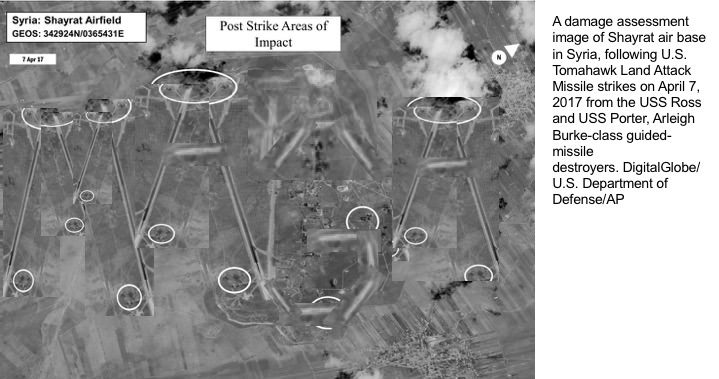 It appears that President Trump is sending a clear message to the world. Not only will America assert its new found vigor and confidence, but it’s strength and courage is now on fully display.

Photo not take from DigitalGlobe/U.S. Department of Defense/AP – it is a modified image for comedic purposes only. Triggered liberals can exit their safe spaces now…