Syria, the U. S. Constitution, and the War Powers Resolution 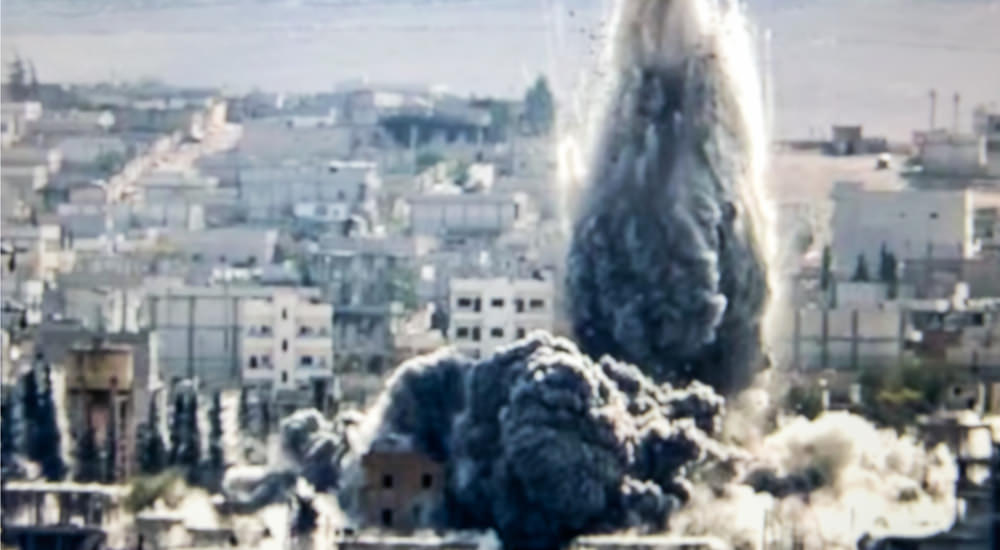 In the wake of the U. S. missile strike on the Syrian air base believed to have been used to mount a chemical weapons attack, there is no lack of the usual debate about, “it’s right, it’s wrong; it’s good, it’s bad; we should have, we shouldn’t have.” Most of the discussion revolves around personal opinion based on either pragmatic reasoning, or emotional feelings. A few are going beyond that level of debate and actually asking Constitutional questions.

I’m a bottom line kind of guy. I want to get to the root of a matter. All of the discussion about Assad, Russia, and ISIS; the TV news talking heads, so-called “experts,” and your favorite talk radio personality spouting the party line; even democrat vs republican, and liberal vs conservative; these all obfuscate the foundational issues and serve as a distraction that diverts our attention from the real questions we ought to be asking.

The bottom line of every political issue, and the place where every meaningful political discussion must begin, are the questions, “What is the revealed will of God in the matter at hand? How has His will been codified in the governing documents of our republic? And what are the just laws that have been made in pursuance of these?” The answer to these questions constitutes The Rule of Law, and we are not ruled by law until we are ruled by this hierarchy of authority.

So, what does The Rule of Law have to say about the matter at hand?

First, we must ask: (1) What spiritual principle applies? and (2) From where does government derive its moral authority to wage war?

Answer: (1) The spiritual principle is that a just war is a defensive war, not an act of aggression.

Answer: (2) Nations are an organized body of people and their moral authority is derived from those people. The rights of governments may extend only so far as the collective rights of the governed. The right of national defense is derived from the right of each individual in the collective to self-defense. Therefore, the only just use of our nation’s military might is that of defending our collective national family and home in the same manner that the just use of an individual’s arms is that of defending his individual family and home.

The Declaration of Independence, often referred to as America’s “organic constitution,” explains that governments, which derive their just powers from the consent of the governed, are instituted among men to secure the rights with which men are endowed by their Creator, and that among those rights are, life, liberty and the pursuit of happiness (understood to include the ownership and stewardship of property). In other words, governments exist to protect the rights with which God has endowed the governed.

That passage in the Declaration of Independence is the Founding Father’s way of describing what I have already stated above – that nations derive their moral authority from the collective, God-given rights of the governed.

So, if the Declaration says that government exists to protect our God-given rights, then, according to that document, the only just war would be one that protects American lives, liberty, or property.

Most of the debate that I’ve been hearing – that is, the meaningful debate, not the blather on TV and radio – has centered around the U. S. Constitution and the question of whether a President has the authority to take military action unilaterally, without a Congressional declaration of war. So, what does the Constitution have to say?

“The Congress shall have Power . . . To declare War, grant Letters of Marque and Reprisal, and make Rules concerning Captures on Land and Water;” (Article I, Sec 8)

As for what was intended by the framers of the Constitution, my friend, Clint Bishop, of the Constitution Party of Alabama, put together a collection of quotes by founding fathers addressing the matter in a Facebook post (view on Facebook or as pdf document). The sum of the founder’s statements is that the President was understood to have authority to defend the United States against an attack, but that he has no power to go beyond the line of defense without congressional authorization. In other words, hostile intrusion upon the soil of another sovereign nation is in the sole jurisdiction of Congress. Even treaties made under the Constitution were understood by the founders to be subject to the Constitution, and military action resulting from a treaty was understood to still require Congressional authorization. Congress does not forfeit its Constitutional authority and duty to declare war when entering into a treaty.

Before weighing in on the war powers discussion, I decided to actually read the resolution. The following are a few of the more relevant sections of the War Powers Resolution. I’ve underlined key passages to help expedite your review of our nation’s law regarding war and the power of both Congress and the President.

SEC. 2. (a) It is the purpose of this joint resolution to fulfill the intent of the framers of the Constitution of the United States and insure that the collective judgment of both the Congress and the President will apply to the introduction of United States Armed Forces into hostilities . . .
SEC. 2. (b) Under article I, section 8, of the Constitution, it is specifically provided that the Congress shall have the power to make all laws necessary and proper for carrying into execution, not only its own powers but also all other powers vested by the Constitution in the Government of the United States, or in any department or officer thereof.

SEC. 2. (c) The constitutional powers of the President as Commander-in-Chief to introduce United States Armed Forces into hostilities, or into situations where imminent involvement in hostilities is clearly indicated by the circumstances, are exercised only pursuant to (1) a declaration of war, (2) specific statutory authorization, or (3) a national emergency created by attack upon the United States, its territories or possessions, or its armed forces.

SEC. 3. The President in every possible instance shall consult with Congress before introducing United States Armed Forces into hostilities . . .

As with all laws, both the U. S. Constitution and the War Powers Resolution will be interpreted either in a spirit of respect for the purpose of the law, seeking to understand and honor the intent of the framers of the documents, or, they will be interpreted in a spirit of disrespect for the purpose of the law, seeking how the text of the documents might be twisted and contorted so as to subvert the law and give place to licentiousness and the lust for power.

I find myself incapable of the mental contortions and legal gymnastics that would be necessary to view the U. S. Constitution, and the War Powers Resolution, as authorizing a President to initiate military hostilities in the absence of an attack on American soil or U. S. military assets, or a Congressional declaration of war, or at the least, some form of “statutory authorization” as described in the War Powers Resolution.

We can argue all day long as to how bad the Assad regime is, whether the Russians are involved, how ISIS fits into the equation, and a dozen other assertions, allegations and conspiracy theories. However, at the end of the day, the bottom line will still be that we cannot claim the moral high ground until we are willing to be governed by the rule of law, and that starts with God’s law, the principles in the Declaration of Independence, the enumerated powers of the U. S. Constitution, and any laws made in pursuance thereof.

For any who may think that I’m singling out the Trump administration and Syria, let me point out that everything in this article should be equally applied to Bush I and the Gulf War, Clinton and Bosnia, Bush II and Iraq, Obama and Libya, and many other conflicts and incursions of the past, plus things looming on the horizon, like the long, talked-about, imminent conflict with Iran, and now, even more portentious, North Korea.

The onus for adhering to the rule of law is not just on the President and his advisers. It is the duty of Congress to declare war when hostilities are properly called for, and to rein in the President if and when he should act without proper authorization. The War Powers Resolution includes a provision by which Congress may require the President to cease hostilities and withdraw at any time.

If we truly wish to “secure the Blessings of Liberty to ourselves and our Posterity,” then it is incumbent upon us to require our elected officials, at all levels, to uphold the rule of law at all times. If they are unwilling to do so, then it is our responsibility before God to replace them with those who will.