The Symbol Donald Trump Fears the Most 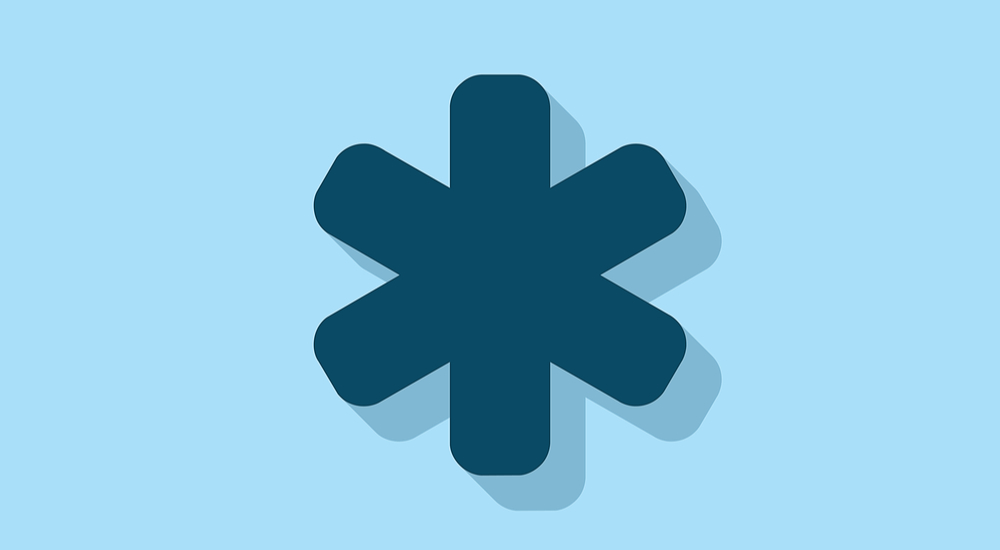 Webster defines symbol as, “something that stands for something else, a letter or character used instead of a word to represent a quantity, position, relationship, direction, or something to be done.” These symbols have the tendency to define someone or something. For example the New York Yankees have their world-known symbol emblazoned on their uniforms and hats. One of the most famous mathematic symbols throughout the world is π. The symbol Donald Trump most fears is the *.

The asterisk is a symbol that represents that something has been left out. Today’s modern use for the * is that a title or representation does not completely mean what it is supposed to mean. In other words, there is a reality associated with the title.

Throughout modern history there have been many titles whose original meaning had something attached to it. For example: for years Phil Jackson referred to the San Antonio Spurs title as having an asterisk attached to it because of the shortened season. Coach Harbaugh of the Baltimore Ravens believed the New England Patriots should have an asterisk attached to their championships because they used the rules to their advantage. Back in 1968, Hans-Gunnar Liljenvall of Olympic fame was stripped of his bronze metal in the pentathlon because of high levels of alcohol. Ben Johnson of the 1988, Seoul Olympics failed drug tests and was implicated for use of steroids.

Roger Maris, because of fewer games played, did not get the full credit of beating Babe Ruth’s home run record. The asterisk defined his legacy. Marion Jones at the Sydney Olympics lost all her Olympic Medals in 2007, because she tested positive for performance-enhancing drugs. Barry Bonds use of steroids was suspended because of steroid use and his legacy will be forever degraded having an asterisk attached to his accomplishments.

There are many other examples of people whose legacy was the most important achievement in their lives being degraded because an asterisk will become part of their biographies. This asterisk does not have to be literally added to their achievements. It only has to be assumed by all who followed their lives. Other people include Floyd Landis, Alberto Contador, and of course, Lance Armstrong.

Donald Trump now adds his legacy to those who are destined to have an asterisk added to his list of accomplishments that now includes the Presidency of the United States. The United States Intelligence Report on Russian Hacking of the 2016 Presidential Election clearly makes the following statement: The Office of the Director of the National Intelligence reported that there was a Russian campaign to influence the election. In other words, our primary adversary on our planet worked to defeat Hillary Clinton and insure Donald J. Trump would win the election.

Donald Trump did win the election but his victory will forever have an asterisk attached to it either on paper or in the mind of the people of the United States of America. Webster defines symbol as, “something that stands for something else, a letter or character used instead of a word to represent a quantity, position, relationship, direction, or something to be done.” Will the asterisk beside the name of our next President define his legacy? Only history will tell.