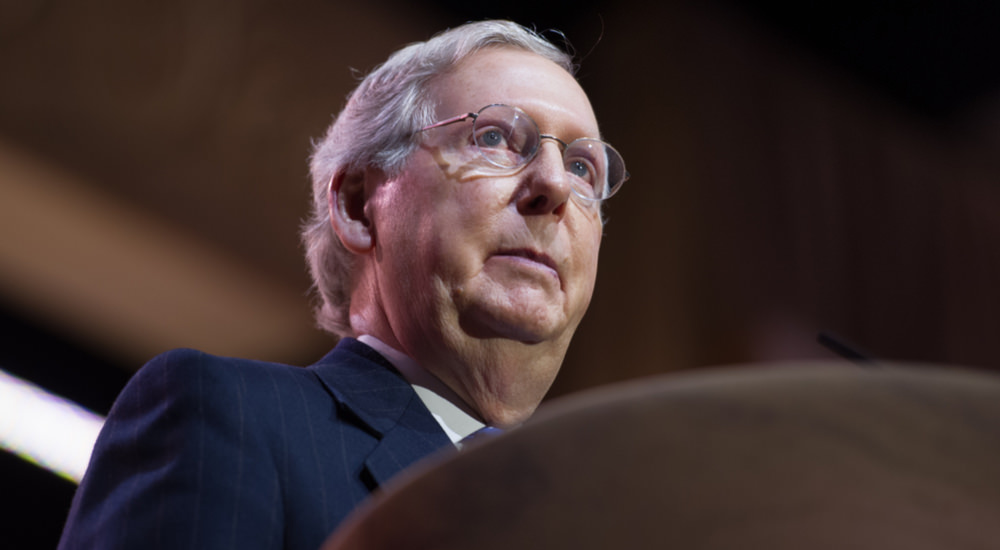 The corrupt GOP establishment is working hand-in-hand with the ultra-corrupt Democrat Party to sabotage President Trump and sink a new senator who would be among his staunchest new allies.

“Guilty until proven innocent” is leftist justice.  Proving oneself to be innocent of an ancient charge is as impossible as proving global warming is created by mankind’s CO2 pollution.  You cannot prove something that does not exist.  Just as the planet isn’t going to melt neither is Judge Moore.  The righteous man stands firm against the allegations of lying leftists.

Republican Senate Majority Leader has proven where he stands when he declared that the photographic evidence of Sen. Al Franken sexually molesting a sleeping women warrants an “investigation,” while the empty accusations against Judge Roy Moore calls for his immediate ejection.  Being the victim of false accusations about many things throughout my life, I completely reject this kind of summary judgement with no basis in provable fact.  People lie and pathological leftists lie without remorse and believe their own lies.  These women only sound credible if you believe everyone always tells the truth and that no one would deliberately lie about someone to sabotage them.  I am ashamed of Ivanka Trump, and all who believe accusations of sex abuse forty years ago, for so easily falling prey to this and be so easily duped.  As a woman she should certainly know better!  And as a stunning beauty who has certainly been the target of more than one backstabbing ugly fat b*tch in a catfight she has no excuse!

Liberals are strangers to the truth

Liberals lie about anything and everything, from claiming Republicans are the ones who work for the rich when the Democrats have their own rich for whom they work, to claiming that CO2 pollution can kill the planet.  They lie to others and to themselves and believe their own lies.  Never trust a liberal until you verify what they say.  And never trust a conservative until you verify they are actually a conservative and not a wolf in sheep’s clothing.  Therefore believe none of what Democrats say and only half of what Republicans say.