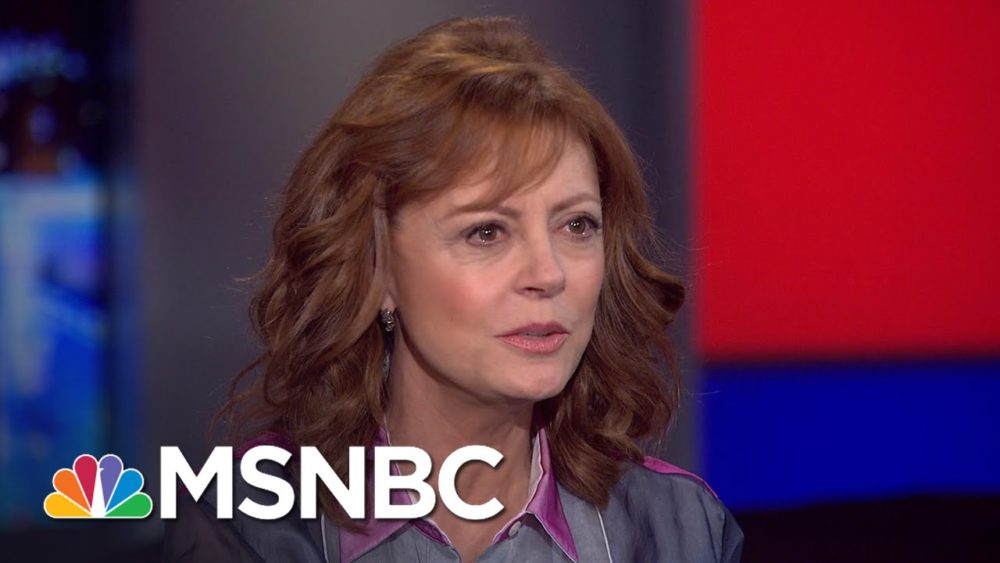 I don’t think i’ve ever agreed with Susan Sarandon about anything politically but she recently said something that I think many Americans can but into. While speaking with TYT Politics Sarandon let loose on the Democrat candidate and even argued that the nation was likely safer with Donald Trump as President than we were with Clinton! It probably comes as a shock to many conservatives (and liberals) but it probably shouldn’t. Sarandon has long been critical of Clinton’s political leanings, often complaining about Clinton being far too “conservative.” (I know, i’m shocked too.) Anyway, it’s just a bit more proof that the #NeverHillary movement on the left may be as influential as the #NeverTrump movement is on the right.

“”She did not learn from Iraq, and she is an interventionist, and she has done horrible things… and very callously, I don’t know if she is overcompensating or what her trip is. I think we’ll be in Iran in two seconds… it frightens me.

Her attitude is also– It doesn’t even seem difficult for her to do all these things. So I’m curious to see if anyone brings up these things.