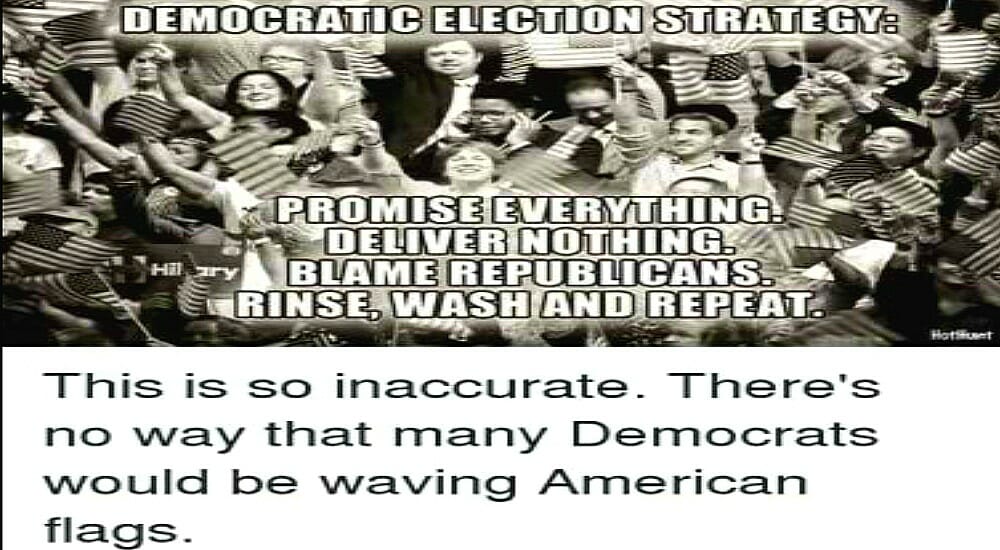 Democrats are screaming that tax cuts are going to kill people, that eliminating their Net Neutrality controls will silence free speech, and that it’s all Trump’s fault if he can’t get rid of Democrat’s Deep State corruption, but if he does then they’ll label him a tyrant against liberty.  The truth is that Democrats want to be free to take the people’s money, censor their speech, commit crimes of corruption, and blame Republicans for it all.

It is the psychotic delusion of dysfunctional thinking that enables leftists to endorse corruption by calling it righteousness.  It is the sickness of the leftist mind, the deception of the wicked, and the foolishness of the ignorant all rolled into one that has allowed it to become mainstream.  These are the same people who would like to see Sharia socialist totalitarian law supplant Christian Constitutional law.  After liberals were all caught in the sexual predator trap that Democrats laid the now go so far  as to say that asking a woman for her phone number is sexual harassment in order to find some way to pin sex crimes on Trump.  Democrat cities are stealing from their citizens to support foreign infiltrators.  They’re taxing soda pop to subsidize heroin and teaching addicts how to shoot up safely.  Democrats want to give money to people who want to kill us!  There’s a better idea, Trump’s idea; let’s cut them off from our money and destroy them instead, and that includes all Democrats and their foreign America-hating buddies.

Democrats are in alternating stages of frenzied delight and terror.  A book by Bannon’s friend made some ludicrous accusations to keep the sharks thrashing at chum, but there’s no meat to it since he previously denied everything.  It’s probably just an effort by Trump and Bannon to keep the media in a frenzy.  To make them even more frenetic in stark terror he took the opportunity over the weekend to tweet the Nork’s button boy’s nose saying that he has a button that is bigger, more powerful, and actually works!  It was such a hysterically funny allusion to manhood that most conservatives were rolling on the floor laughing as the leftists went into a tizzy calling Trump juvenile and insane.  But Trump’s tweet was perfect because Freud was wrong.  It is not women who suffer from penis envy, but liberal men.  You can see it on the road when you pass them and they speed up to get in front of you and then slow down to try to control your speed.  Trump tweaking their noses and slapping their faces like the little boys they are just made the New Year that much more fun!

The difference between Obama’s Reset Button presented to Putin by Hillary and Trump’s button threat to the pot-bellied rocket man is that Trump’s power carries weight that Obama’s impotent supplication did not.  Democrats say they are for peace and love, but they support terrorist regimes and their oppression.  It’s Two-faced!  The claim “Obama fought terror” falls on its face in light of ISIS’ rise under his regime and its destruction under Trump.  Obama endorsed the Muslim Brotherhood’s overthrow of governments, supported it, provided funds and weapons for it, and the result was the growing power of America haters around the world.  Democrats don’t like the truth that they enabled the renewal of the Islamic jihad when they claim Islam represents peace more than Christianity.  All they know is the Dark Ages of the Inquisition that was centuries ago, and they close their eyes to the depredations of Islam that is happening today in front of their faces.  The Left tries to say Hitler and Timothy McVeigh were Christians, or at least claimed they were (though neither ever did) so they ask, “How does it feel to have evil people claim to be of your religion when they are not,” to provide an excuse for Islamists to conceal their guilt.  But every jihadi has been called a devout believer by those who knew them before they began killing, and anyone who knows the Koran knows that Muhammad taught and lauded his jihadis.

The gulf between how the law is applied by the left and right is that the Left believes the law is there for them to force the masses to comply with the will of the elites, while the Right believes the law is there to protect individuals from others from forcing themselves on you.  Liberal judges believe their role is not to enforce the laws as written by the people through their legislatures, but to force their ideology on those who stand against them.  At best this is cronyism, at worst it is Nazi socialism.  This is how Islam works when a Moslem is charged with a crime by an infidel.  The word of the Moslem rules over others and the same is true in Democrat courts who rule according to their ideology rather than the written law.  And when a Republican judge overrules them they cry foul.  Such is the nature of the leftist who believes they have a right to apply their ideology as law over others.

Afro-Americans blame white people for their own murder rates