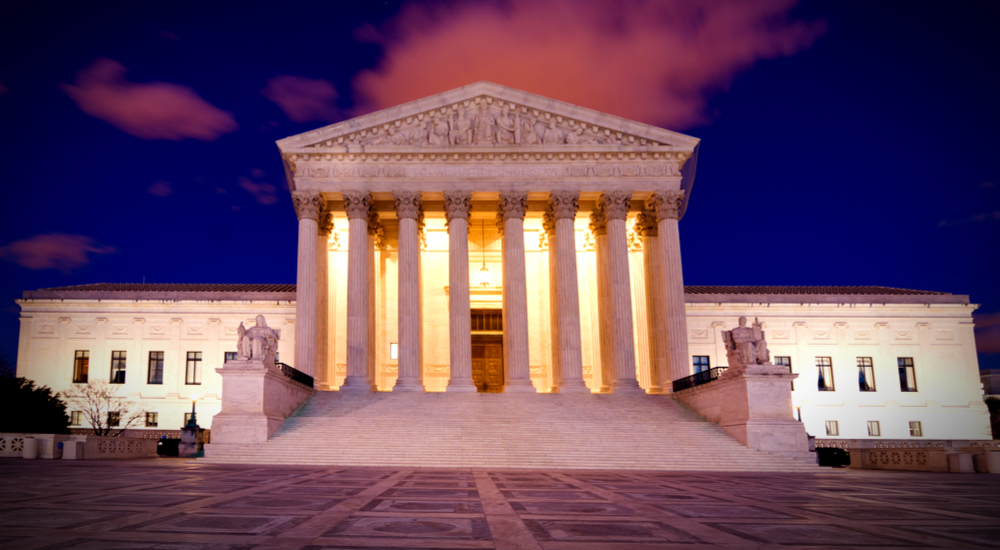 Is our newest Supreme Court justice an independent jurist or is he just another Republican caveman, who the left can bend and shape to their will by

Recall, during his confirmation, justice Kavanaugh declared that should he be confirmed he would hire an all-female crew to clerk for him.

And that he did. For his “effort,” fellow justice and radical leftist, Ruth Bader Ginsburg, better known as Notorious RBG, praised him for it.

“If confirmed, I’ll be the first justice in the history of the Supreme Court to have a group of all-women law clerks. That is who I am,” said Kavanaugh.

“Justice Kavanaugh made history by bringing on board an all-female law clerk crew. Thanks to his selections, the Court has this Term, for the first time ever, more women than men serving as law clerks,” Ginsburg said at the Second Circuit Judicial Conference on Friday.

Normally it’s the left that practice identity politics, and it’s always positive – to show what good and enlightened people they are. However, the left does derogatorily accuse the right of it. It’s known as “white identity” politics. Of course, it is – what else would it be, for we know right is white – I guess.

“What motivates it isn’t just hostility to minorities but fear that whites will be overrun, oppressed and eventually eliminated, and the solution is, in turn, to banish minorities from wherever white people are feeling this threat, whether it’s the United States, Europe or New Zealand.”

Isn’t it interesting that the identity politics of the right, as expressed by the left, is automatically described with pejoratives such as fear and hostility?

But of course, they are wrong again, as they almost always are. What they’re describing isn’t “white identity” politics – it’s simply racism.

However, I agree, that if the level of illegal immigration and bogus asylum seekers is allowed to remain unchecked, there will be large swathes of our nation overrun with minorities. But it’s not the minority aspect that bothers constitutional conservatives. It’s the “illegal” part. That point will always get lost on left.

No true conservative would or should feel this way. We’re the ones who truly don’t care about skin color or gender or sexual orientation. What we care is can you do the job.

Yet, for whatever reason, Kavanaugh appears to. And we should all be suspect of someone who now wields the power of a supreme Court justice who decides, or rather calculates, that playing the leftist identity politics game in order to earn a gold diversity star will somehow lessen the left’s wrath.

The minute Kavanaugh makes a decision to side with the constitutionalists on the court concerning any case, it won’t matter if he had hired only one-eyed lesbian black women in wheelchairs. The left will blame him equally.

Fact is, Kavanaugh may not ever have even made it onto Trump’s short list of candidates if former justice Anthony Kennedy did the same, and only hired female clerks. He was, after all, hired as a Kennedy clerk.