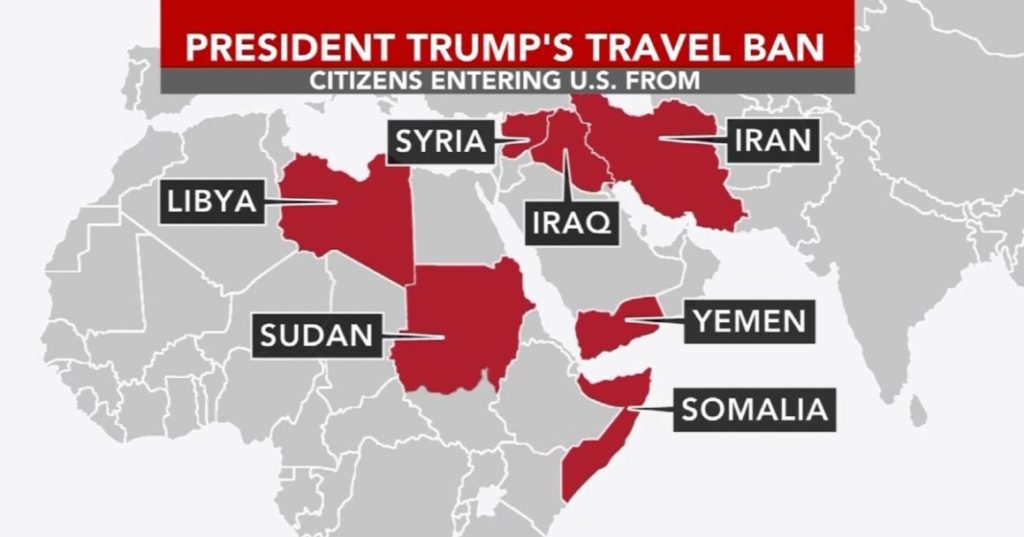 In a ruling made even before the case is heard the Supreme Court overturned the leftist courts that imposed a stay on Trump’s travel ban from certain Islamic countries.

This is vindication for President Trump who had every legal right to impose an immigration ban on Moslems from terrorist infested countries.  The lower courts and liberals are all aghast at the Supremes who unanimously overturned the stays the lower courts imposed on the President’s ban.  As previously proven, the president has been given sole authority to emplace such bans and it has been done many times in the past including by Obama.  This slap down by the Supreme Court is a precursor to the actual case in which the law will be applied and the 9th circus of California, along with the two lower liberal court justices, will be smacked in the face for their temerity in trying to impose the will of minor judiciaries over the president.

Lala judges, NOT Trump, are in violation of the Constitution

The only unfortunate aspects of this is; 1) The ban was delayed by many months allowing many possible terrorists to infiltrate the United States, and 2) the ban may not have the desired effect as all a terrorist infiltrator needs to do is go to another Moslem country that is not covered by the ban.  The fact is that until Americans recognize that it is Islam and not some radical extremists that are the danger the danger will only grow worse.  Islamic jihadi terrorists have been working to infiltrate America for decades and have succeeded in committing many acts of terror.  Only those who have achieved great success have been noticed by the public, while many have stayed lying low by killing just one person at a time and moving on to others long after.

These terrorists, along with Islamists seeking to carve out enclaves in America where they can impose Sharia Law, are the greatest threat America faces after its own home grown Nazi fascists of the Left.  This is the reason that the president has been given this power and that states are not permitted to make immigration law.  Although sanctuary cities and states whose mayors and governors are striving to import foreigners for “humanitarian reasons,” the fact is they are outlaws who are violating the rights of every citizen.  State and city officials that commit these crimes are all backpedaling to say there’s no such thing as sanctuary cities and states after they openly declared themselves to be such.  Now if only President Trump would bring federal charges against these people for breaking the law and defiling every American citizen rights!  If liberals want to help these people then they should go to their homes to do so, not invite them into ours!