Why You Should Support Trump for President 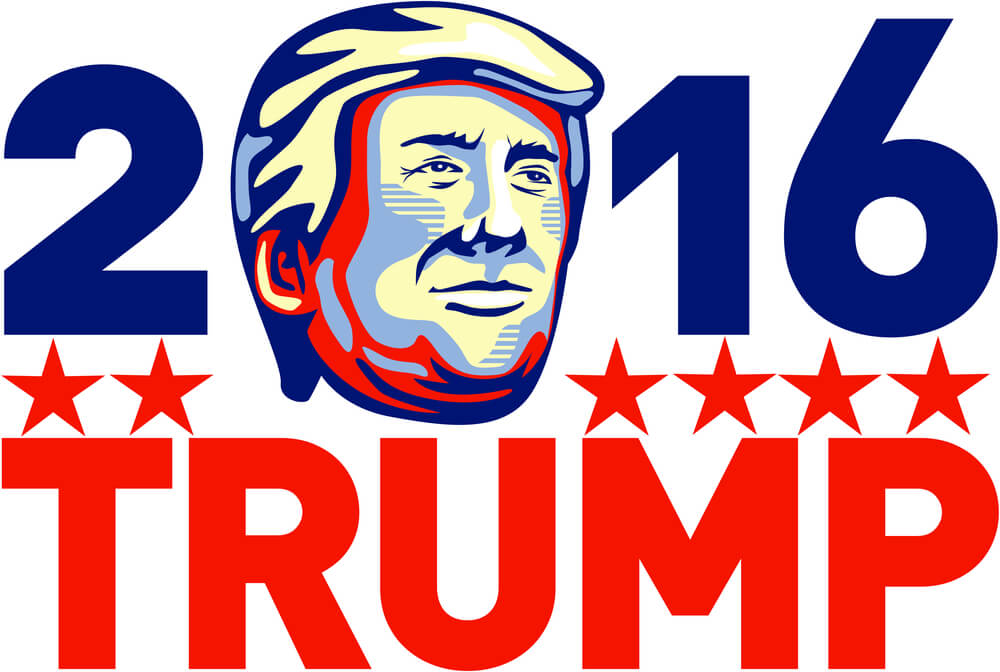 People have accused Mr. Trump of inciting violence, but I attended a rally he held and he didn’t try to stir up violence or hate in any way. The media takes pieces of his speech and twists it to make Mr. Trump appear a racist and bigot and it is not true. If wanting to stop illegal immigration is racist, then millions of citizens would be considered a racist. Wanting to stop illegal immigration has nothing to do with racism. It simply has to do with breaking our country’s immigration laws. These illegal aliens (actually the correct term) enter our country and the citizens must foot the bills with our tax dollars. Our government spends billions of tax dollars every month to support these illegals who are in our country. Mr. Trump is not against anyone coming to the country to live and work and be part of the American culture, but he wants them to do it legally. I agree, people should come legally and anyone who comes illegally has no respect for our laws, our country or our citizens and should be deported. Anyone waving their country’s flag into the faces of American citizens shows they have no allegiance to America. Their allegiance lies with their country.

I hear people saying that we should have an experienced politician as president, but I have to ask, Why? Look at what is happening to our country at the hands of experienced politicians. For years, since Reagan, our immigration laws have not been enforced and we are continually flooded with illegal aliens breaking our laws, we have sanctuary cities that break the laws and protect those who are here illegally including the criminal illegal aliens, our border is not secured and anyone can walk in, including terrorists along with the illegals and more and more drugs, our jobs are leaving the country because of the high business taxes and regulations placed on them, millions more without jobs or only part time work struggling to support their families, millions more on welfare and/or food stamps, healthcare that is skyrocketing in premiums and deductibles and citizens penalized if they don’t have it and are forced to pay for other people’s insurance, trade agreements that benefit other countries and not America, political correctness that is killing the country, boys now being allowed to use the girl’s bathrooms if they THINK they are girls which violates the privacy rights of the normal boys and girls while Obama threatens to take away federal funding if they don’t follow his rules, our infrastructure across the country is failing, our schools are over crowded, our ER rooms at hospitals are packed with illegals for their free medical, racism has been set back over 50 years where we now have many wanting segregation from someone who is different than they are.

I know that Mr. Trump is not perfect, but again, no one is perfect. Mr. Trump does love the country and respects the constitution. He is for the 2nd amendment, wants to stop illegal immigration, allow insurance to be sold across state lines, put the schools back into the hands of the states and doing away with the Common Core, wants to lower taxes for all, wants to try to bring back our jobs to this country by lowering the business taxes and the regulations that are driving our jobs away, he wants to stop this destructive political correctness, unite the country instead of dividing it as Obama has done, wants to get people back to work and out of the welfare line, wants to wipe out ISIS, build up our military, take care of our vets who are in need of care, negotiate better trade deals that will also benefit America. If Mr. Trump can accomplish half of what he says he will do, we will be in a much better position than we are now. He is a smart business man and will put the right people into positions to get the job done. He is willing to sit down and listen to anyone who has concerns and issues and discuss it with them. He will be a strong leader who is not afraid to speak his mind and call a spade a spade. In meetings with other professional people, he is professional and conducts himself well and respects others and what they have to say. On the campaign trail, he is not a politician so he don’t polish up what he says to make you like him. He simply tries to speak the way many of us feel and what we want to say. He gives the citizens a voice.

As these politicians and the media continue to attack him, what they will accomplish is to ensure that Hillary Clinton or Bernie Sanders gets elected, which will give us 4 more years of Obama and what we have now. All of the republican candidates promised to support whoever became nominee and now many of them are backing out of their promise. This is the same thing they have been doing in office, promise the citizens to take care of issues and then nothing happens.

Again, Mr. Trump is not perfect, but we all need to realize that no one is perfect. We need to all get behind and support Mr. Trump as our nominee and work to keep Hillary or Sanders out of office. We all need to pray for him to clean up the corruption and lawlessness that is so rampant in our government, and start putting America and the citizens first.