Support Matt Rosendale: Because We Can’t Let the Strzokians Win 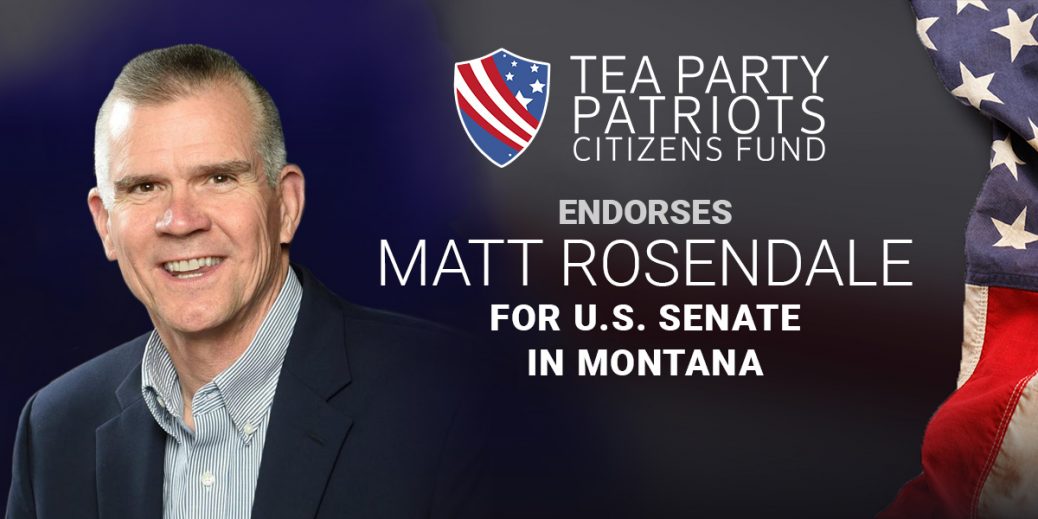 We Cannot Allow Strzokians Back into Power

Peter Strzok’s arrogance displayed at the Congressional Oversight Committee hearing on TV was infuriating. With their superior noses high in the air, Mr Strzok and the democrats behaviorally said f*** you to the Republicans, the law and We the People. It was disgraceful watching Mr Strzok and his democrat posse insult our intelligence by claiming, despite overwhelming evidence, FBI agent Mr Strzok had no bias against Trump.

Mr Strzok and democrats’ insistence that Strzok had no bias against Trump reminded me of a comedy skit with the late Don Adams. In the skit, Adams’ wife came home, catching him in bed with a woman. Adams’ wife ranted expressing her shock and outrage. Adams and his lover calmly got out of bed, got dressed and made the bed. The woman left. Adams behaved like nothing happened and left the bedroom. The skit ends with his wife standing there, questioning her sanity – pondering whether or not she saw what she thinks she saw. Mr Strzok and the democrats are attempting to pull the same trick on America. They are telling us Mr Strzok expressed no bias against Trump while clear evidence of Mr Strzok’s bias is right before our eyes. https://bit.ly/2uszapz

The thing that got my blood boiling was Mr Strzok’s snooty attitude. His facial expressions and body language said, “ How dare you question me. I don’t have to answer any of your questions. F*** you Republicans and fly-over-country Trump-supportive Americans.” Mr Strzok and his fellow FBI agent Ms Page impugned Trump supporters as smelly hillbilly Walmart shoppers. https://bit.ly/2mgvSSM Mr Strzok epitomizes the American left’s disdain for everyday Americans –We the People.

I’m in Montana with the Conservative Campaign Committee campaigning for conservative Republican Matt Rosendale for US Senate. We produced a video ad in which I explained how crucial it is that we folks who love the direction Trump is taking our country stay politically engaged. We must get out the vote for the swiftly approaching midterm elections. If the democrats take control of congress, first on their agenda will be impeaching Trump and blocking and reversing Trump’s progress towards rolling back Obama’s punish-America-legacy. The last thing we need is people who share Strzok’s mindset back in power.

Democrats’ behavior during the oversight committee hearing was off-the-chain rude, crude and arrogant – emitting a repulsive stench of superiority. It truly was infuriating watching Democrats, in essence, give the law, Republicans and We the People their middle fingers.

Democrats and the American left truly do believe they are our betters. And when we disagree with their attempts to control every aspect of our lives “for our own good”, they gang assault us in the media, seek to criminalize our opposition and encourage their minions to physically beat us up. https://fxn.ws/2IVaz1M Meanwhile, leftist media constantly lectures us everyday Americans to be more tolerant of attacks on our traditional values, principles and institutions. Leftists tell us to be more civil, less hateful and mean-spirited.

This week, leftists have recently declared “cowboys” to be racist and sexist. https://fxn.ws/2ubQdNq

Do we really want people with this insidious wacko kind of thinking back in power – calling the shots, mandating how we must live our lives? If democrats take back Congress in November, rest assured, they will continue leftists’ transformation of America.

Our Conservative Campaign Committee team figuratively rode into Montana on white horses and wearing white cowboy hats because we are excited to provide boots-on-the-ground support for a true rock-solid conservative – Matt Rosendale. https://bit.ly/2zAskUD

When Montana voted to give their politicians a pay raise, Rosendale turned it down. Who does that folks? As state auditor, Rosendale cut his operating budget 23%. https://bit.ly/2KWjWnS

Rosendale is boldly 100% supportive of Trump’s make America great again agenda. Do we need this guy in Washington or what!

Life has taught me to always look for the blessing in every situation. The Congressional Oversight Committee hearing on TV has exposed the democrats and Strzok as spoiled-brat anti-American obstructionists. We cannot and will not allow these Strzokian villains back into power.