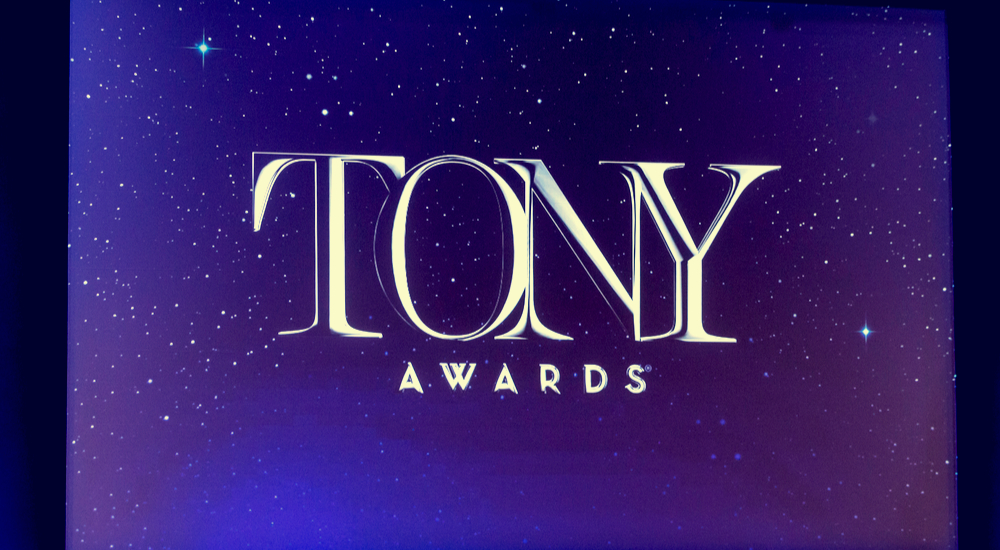 Editorial credit: lev radin / Shutterstock.com
I held off in writing this piece since in my younger days I was in show business. Of course, that was the days when the “F” word was not used in shows or interviews,  nor sexual hangups and perversions displayed and discussed in the show itself.  Making it difficult, this writer likes to boost shows and performers. Unfortunately, these days, that can rarely be done.
The Tony Awards, recognizing Broadway Stage Actors opened strong with James Corden on a stage filled with singers and dancers. It was a boffo opening. Corden is great,  and a fun entertainer who can do everything. And this is what entertainment should be. With that opening, an excellent show to follow was anticipated. That was painfully not the case. What was displayed was crude dialogue and body actions.
A variety of tasteless previews of the shows on Broadway actually did take us down to a public toilet, with porcelain commodes lining two walls with stalls in the background. In that setting, they performed in the middle of that public room, singing and dancing and then began opening the stalls where various male performers were seen, came out and joined the flock in the middle of that facility. When they worked their way to the final stall, in the end, the audience screamed in delight as a woman was discovered there in the Men’s room.  That woman was Sara Bareilles who had been the host of last years’ Tony Awards.  Clever.
One of the previews was of the show, HadesTown that glorified hell. No torment was shown, only some frustrations, but hell did not display any kind of danger. So why be afraid of it? It was actually a tribute to hell and it was suggested how to get there even though there was some dialogue about racial inequality. It was not clear what that had to do with anything going on there.
Then we got a peek at a musical titled, Prom. This one tells the story of two high school lesbians who want to take each other to the Prom. Of course, mean people did not feel that it was proper and tried to prevent them from coming as a couple and especially dancing together. LBGTQ won out again and the two lesbians, on stage, after dancing at the Prom, did a couple of long tongue in throat kisses. UGGGH!
It should also be mentioned that in those earlier days, performers were there to please their audiences and be proper.  However, Cher’s musical torpedoed that former nicety of show business which displayed some class. When her musical was introduced and Cher came on stage the audience applauded with enthusiasm to welcome her.. And what was Cher’s reaction to the tribute to her from the audience?  I kid you not.  She looked out at the audience with disgust in her face and said;  “Shut up!” Then went into her number. Yep, all class and grace.
An actor who won a Tony bragged that he was in this country illegally as though thumbing his nose at America for giving him a chance on Broadway which he should not have been given under the circumstances. It was his arrogance that did not sit well with people who think.
There was a highlight that this columnist takes great pleasure in mentioning. There was a revival of Rodgers and Hammerstein’s wonderful musical, Oklahoma. Everything about that presentation was excellent. Those who have seen Oklahoma will always remember the role of Ado Annie Carnes, an unsure young woman who does the neat song, “I’m just a girl who can’t say ‘no'”  This is a lead role played by actress Ali Stroker who played the entire show in a wheelchair. Yes, a disabled young woman who virtually brought down the house.  Even maneuvering that wheelchair, she played the role so effectively that she won a Tony. CHEERS!  And what an avenue of hope she extended to any and all young people with disabilities. A tip of the beret to her.
These are the memorable moments of show business. Not some of the other trash that is presented as entertainment filled with enough vulgarity and gutter language that one feels that the moment they get back home they must take a shower.
And Broadway tickets are not cheap.  Ticket prices start at about $150.00 for seats way up in the nosebleed section balcony where you would need binoculars to see the faces of the actors. To sit on the main floor and in the front rows, the tickets are over a thousand dollars.
I was saddened by this Tony Awards Show as well as being deeply disappointed. Overall, the Broadway offerings are a turnoff. In my younger days, I did do a stint on Broadway and appeared in several films along with countless road shows. I am glad I was in that business before it came down into the gutter like today. I am still wobbly thinking about that musical number in a public toilet, knowing that public toilets are a turn-on to “gays” who love to have sex there. If you don’t believe that, just check out the Lincoln Center Men’s room.
ANALYZING TODAY’S NEWS FOR TOMORROW’S HISTORY