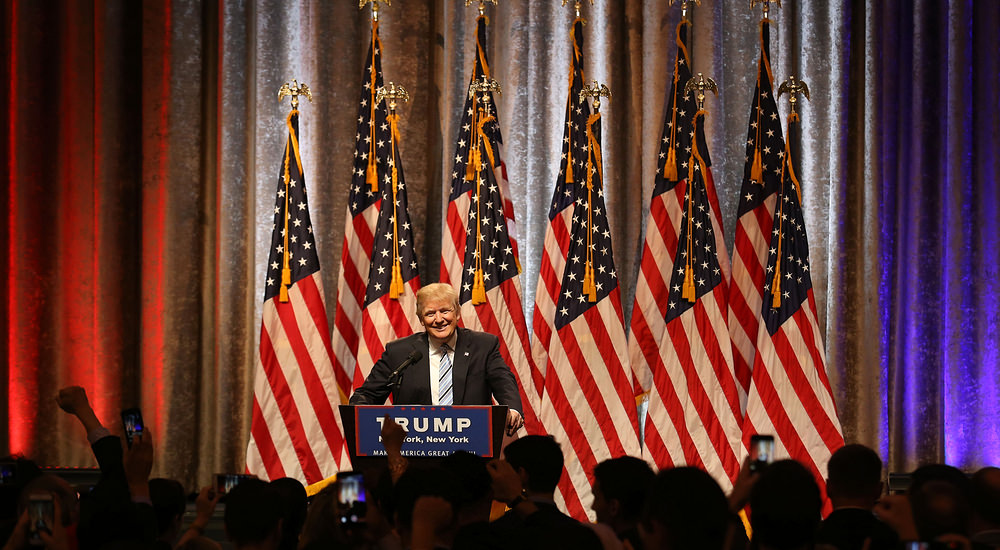 It has been speculated in many places across the internet that an assassination attempt could be attempted on Trump.  Given the political culture we live in (not unlike the declining years of the Roman empire), it is not out of the realm of possibility.  An uncomfortable thought, yes, but we always hope for the best.

However, the realm of possibility just moved next door.  The first attempt has allegedly been made.(1)

Dave Hodges of the Common Sense Show is reporting that the NYPD has caught and identified the (first) would-be assassin.  Luckily, Trump was not in New York at the time, because the former FBI agent, who was allegedly killed in the line of duty in 2007, was resurrected for an encore performance and had managed to slip through the first line of security at the Trump Towers.  With a semi-automatic gun fitted with a silencer.  Listen to the video on his website after you finish this article.

While it’s not clear whether Hodges’s connecting-the-dots is correct, the following are indisputable facts:

The following are facts which are in debate:

Whether this was a true assassination attempt on Donald Trump’s life or not, in similar fashion, there have been a variety of public figures calling for the assassination of Julian Assange over the years. Calling for assassination?  What happened to law and order?  They may have gotten close this time with Trump but no cigar.  An attorney who has represented Julian Assange in the past suddenly bellies up (the technical name given was “suicide”) and there’s nothing suspicious about it at all.(2)  Yeah, another one of those quirky coincidences that keep happening to Clinton enemies.

If Trump had been murdered, it would have been broadcast as a “suicide,” no doubt.  And, the world would go on.  Hillary would be crowned.  And, all the duped Americans ready to drink her Kool-Aid would find out the hard truth… she don’t share the wealth and she ain’t for the People.

Welcome to the new reality: the age of Tyranny.  What can stop out-of-control psychopaths who have so intimidated the agencies tasked with the enforcement of justice that they cower and slavishly do the psychopaths’ bidding?  We the People, that’s who.

Get ready, because if we don’t stop them, America is doomed.  Are you ready to watch your children become slaves to psychopaths in the new America?

A better idea is to follow the remedy laid out in The Declaration of Independence, to wit:

We hold these truths to be self-evident, that all men are created equal, that they are endowed by their Creator with certain unalienable Rights, that among these are Life, Liberty and the pursuit of Happiness. — That to secure these rights, Governments are instituted among Men, deriving their just powers from the consent of the governed, — That whenever any Form of Government becomes destructive of these ends, it is the Right of the People to alter or to abolish it, and to institute new Government, laying its foundation on such principles and organizing its powers in such form, as to them shall seem most likely to effect their Safety and Happiness. Prudence, indeed, will dictate that Governments long established should not be changed for light and transient causes; and accordingly all experience hath shewn that mankind are more disposed to suffer, while evils are suffer-able than to right themselves by abolishing the forms to which they are accustomed. But when a long train of abuses and usurpation, pursuing invariably the same Object evinces a design to reduce them under absolute Despotism, it is their right, it is their duty, to throw off such Government, and to provide new Guards for their future security.

The time has come, my fellow Americans, to use it or lose it.