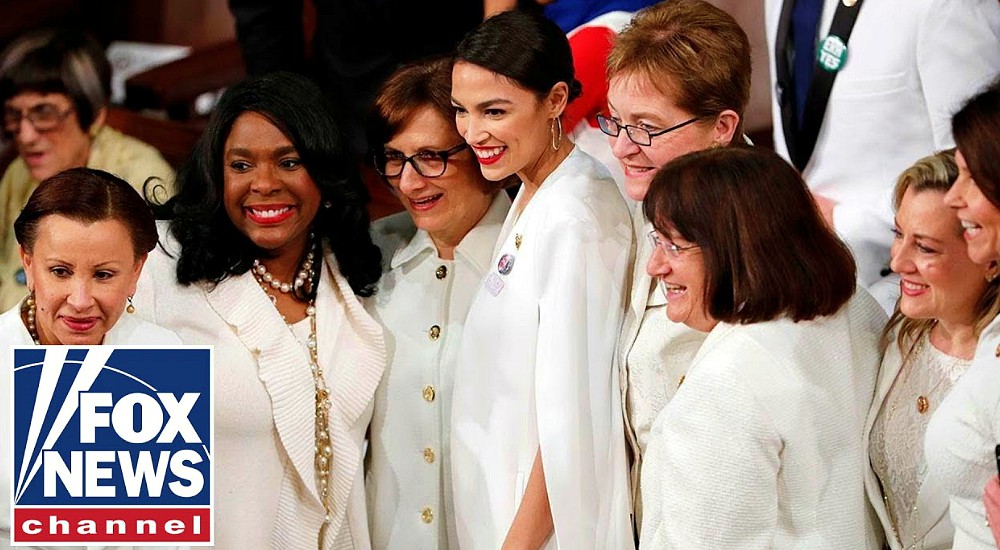 According to CNN News, House Democratic women decided to accept the invitation to wear women’s “suffragette white” during President Trump’s State of the Union Address.

Rep Lois Frankel of Florida declared “Wearing suffragette white is a respectful message of solidarity with women across the country, and a declaration that we will not go back on our hard-earned rights.”

It begs to be stated, that it is not women’s rights which have been violated, but it is America’s unborn children, whose right to “life liberty and the pursuit of happiness” is now in extreme jeopardy.

That includes almost 1900 female babies per day whose potential womanhood is permanently cut short in a denial of their right to live.

This herd of snorting wild brays no more represents the suffragettes of the 19th Amendment than Homer Simpson represents Winston Churchill.

White is the color of saints, purity, and things that are righteous, washed and acceptable – the color for these abortionists should be scarlet and dark crimson. At the least, their color should be black for the shadows that have overtaken their darkened hearts.

In fact, the suffragettes of 1920 would be turning over in their graves at the thought of rooms covered in blood and body parts of wasted little human beings being discarded or even worse – sold to the highest bidder.

This band of brooding dark daughters of Moloch sat with sullen faces when the President decried the recent passage of New York’s barbaric abortion law allowing children to be killed to the last day of a woman’s pregnancy.

For them, the 60,000,000 (sixty million) children already given a death sentence without ever having committed so much as a misdemeanor – are not enough. The lust for the blood of the innocents is a vampirish and dehumanizing picture of what America’s leftists, progressives and Democrats have become.

Far left women spearhead the shameless movement with the dem’s and discontented socialist sycophants taking up the rear guard, but this is not a true movement, it is a mocking group of modern reprobates that have abandoned the guide of their youth in a demonically driven society.

The ancient writer of the Proverbs spoke of them and very few women in any previous generation have gone so far to fulfill the barest meaning of these passages.

“Which forsaketh the guide of her youth, and forgetteth the covenant of her God, For her house inclineth unto death, and her paths unto the dead” (Proverbs 2:17-18)