Obama’s Fake Economic Boom: Why It’s Time to Save Your Pennies 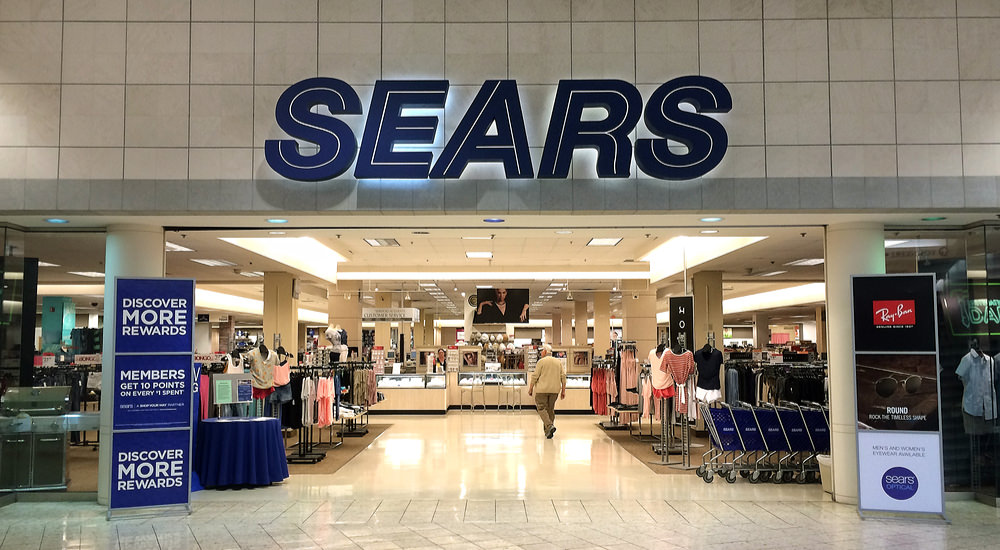 Is this the new economy that Donald Trump has promised? He talks of Carrier, Ford, Boeing and others, while many other companies are closing, being bullied, and hard working Americans are being locked out of their employer’s establishment after years of loyalty and hard work.

We just saw the limited close its doors on 250 stores and laying off over 4,000 employees. We have read that Sears/Kmart are closing another 150 stores, sold off the Craftsman line, which has been a staple for decades for the DIY and hard working mechanics nationwide. Macys closing another 100 stores. Is this truly an economical boom or more like a bust?

Why is this happening right after the holidays? Several reasons which include a very competitive market, large corporations forcing their employees to work through the holidays, regulations, tax burdens, insurance cost for employees and so many other reasons. The answer is not bullying, government bailouts, or going part-time with their employees. It takes a leader in the Oval Office that has a very clear, precise, American vision for the future.

McCarthy was the most vocal congressional proponent of the “Red Scare,” but he was far from its most effective legislator. That honor fell to Senator Patrick McCarran, a Democrat from Nevada, with whom Truman shared a mutual dislike, owing to a Senate dispute from the late 1930s over the Civil Aeronautics Act. In 1950, McCarran guided the Internal Security Act, which placed severe restrictions on the political activities of communists in the United States, through Congress. Truman vetoed the bill, claiming that it violated civil liberties; Congress easily overrode the veto, however. Two years later, Truman vetoed—on the same grounds—a McCarran-sponsored immigration bill restricting the political activities of recent immigrants to the United States. Congress again overturned Truman’s veto.  As Truman fought for the Fair Deal in 1949, he also battled a fairly severe economic slowdown. Both unemployment and inflation rose during the first six months of that year, heightening fears that the nation’s post-war economic boom was over. Truman’s economic policy sought to balance the federal budget through a combination of high taxes and limited spending; any budget surplus would be applied to the national debt. As the economy stalled, Truman in mid-1949 abandoned his hope for a balanced budget and gave some tax breaks to businesses. The economy responded by perking up in 1950. Truman’s actions signaled that his primary concern was the maintenance of healthy economic growth, viewing ever-larger budget deficits as temporary expedients. It was a policy that succeeding administrations would follow repeatedly. The Korean War, which began in June 1950, also affected the American economy. Truman and his advisers believed that American involvement in the war required economic mobilization at home. With the World War II experience in their minds—and uncertain whether the Korean War was merely the opening round of a longer and larger conflict – U.S. officials hoped that government intervention would keep unemployment and inflation under control, stabilize wages and prices, and increase military-related industrial production. In December 1950, Truman won congressional passage of the Defense Production Act and issued an executive order creating the Office of Defense Mobilization. Somewhat surprisingly, mobilization proceeded with few hitches: unemployment stayed low; inflation remained in check, albeit for a sharp, one-time surge in the last half of 1950; the hoarding of consumer goods subsided quickly, and military production increased. Nevertheless, many Americans complained about the government’s intervention in the economy, especially its controls on credit.

So less government intervention, lower taxes, secure military with much growth, strong unity in the American populace, low inflation, low indebtedness, and a strong demand for new inventive items that are forward technologically created are just some of the items a STRONG AND INFLUENTIAL AMERICAN LOVING POTUS can do to secure a brighter future for the economy and the American worker.

Federal tax rates on corporate taxable income vary from 15% to 35%. The United States has the third highest general top marginal corporate income tax rate in the world at 39.1 percent. Workers in small firms have lower average premiums for family coverage than workers in large firms ($16,625 vs. $17,938 annually) Average premiums for single coverage are not statistically different for workers in small firms compared to workers in large firms. U.S. federal government regulations cost an estimated $2.028 trillion in 2012 (in 2014 dollars), an amount equal to 12 percent of GDP. Regulatory costs are distributed across major business types and among firms of different sizes; the findings of this report indicate that compliance costs fall disproportionately on small businesses. Table 1 summarizes the incidence of costs by firm size based on aggregate data for all sectors of the U.S. economy. Considering all federal regulations, all sectors of the U.S. economy and all firm sizes, federal regulations cost just less than $10,000 per employee per year in 2012 (in 2014 dollars). Small firms with fewer than 50 employees incur regulatory costs ($11,724 per employee per year) that are 17 percent greater than the average firm. The cost per employee is $10,664 for medium-sized firms and $9,083 for large firms. The overall value-to-weight ratio of cargo carried by all modes (truck, water, rail and air) combined is less than $1,000 per ton. Looking at the overall costs, one can easily see that taxes and red tape cost 1 job for every employee hired. We can easily see that an average of $27,500 of taxes and red tape per employee is what the federal government places upon every small, middle and high-end corporation.

Here is the complete list of the best year of real GDP growth under each postwar president (in descending order):