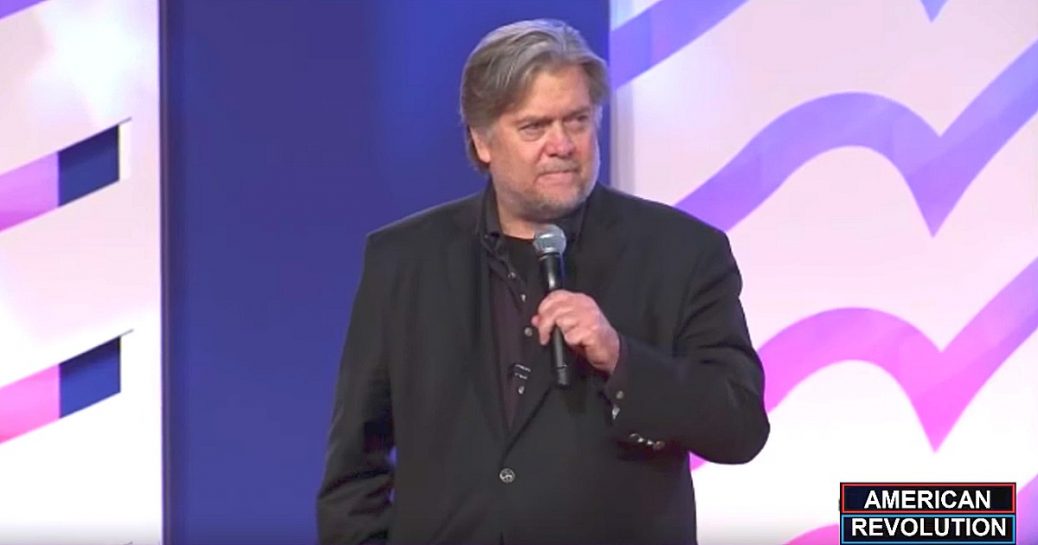 Steve Bannon not only burned his bridge to the White House but put an end to his career in media by showing he has the judgement of a junior high school kid with what he said to “Fire and Fury” author Michael Wolf on record!

Bannon tried to save himself with a written apology to President  Trump.  Bannon insisted Michael Wolff had not faithfully transcribed his comments and that he harbored no ill will to Donald Trump Jr. writing, “Donald Trump, Jr. is both a patriot and a good man. He has been relentless in his advocacy for his father and the agenda that has helped turn our country around. I regret that my delay in responding to the inaccurate reporting regarding Don Jr. has diverted attention from the President’s historical accomplishments in the first year of his Presidency.”

That being his case how in the world could he say Don Jr., Jared Kushner, and Paul Manafort were “treasonous” and “unpatriotic” for having met with a Russian lawyer whose presence in America was authorized by then President Barack Hussein Obama and no state of war exists between America and Russia as required for “treason.”

No surprise the Bannon remarks went off like a bomb in the White House, and even the comment section of Breitbart News turned against Bannon who has been declared a Svengali pulling the strings in the Oval Office as recently as last spring to the point of being “the real President” by high-anxiety MSNBC, frothing-at-the-mouth, pundits.

Covering, Bannon claimed, “My comments were aimed at Paul Manafort, a seasoned campaign professional with experience and knowledge of how the Russians operate.” Adding, “He should have known they are duplicitous, cunning and not our friends. To reiterate, those comments were not aimed at Don Jr.”

Where there have been many leaks regarding animosities between Trunk offspring and son-in-law Jared Kushner with Steve Bannon it should be equally clear Bannon thinks he should have one of the positions they are now holding so he is kicking back at the man who did not come through, in his analysis.  Sorry Steve, that is the way families work.  That realization alone could have saved Steve Bannon.

While Bannon went on to insist he still believed there was no collusion between the Trump campaign and the Russian government, some inside the White House apparently conclude the apology will do nothing to thaw the ice between strategist Bannon and the President.  This freeze approaches Absolute Zero.

It is no secret Steve Bannon believes he elected President Trump so this reduces to a case of an ego balloon collapse.  While Bannon’s actions were important he was only involved with the campaign for a few weeks, but at a critical time.  Certainly, he was an important force, but the full weight of the victory is one that was built over several years.  Donald J. Trump did not decide to run for President in 2016.  He had been preparing his candidacy for years before his announcement as shown by the clarity of his approach, appreciation and manipulation of the forces within our politics and dealings with the players.

The only mystery of the Trump Presidency is why so few people who are paid six or seven figures annually to analyze and report on it cannot see it!