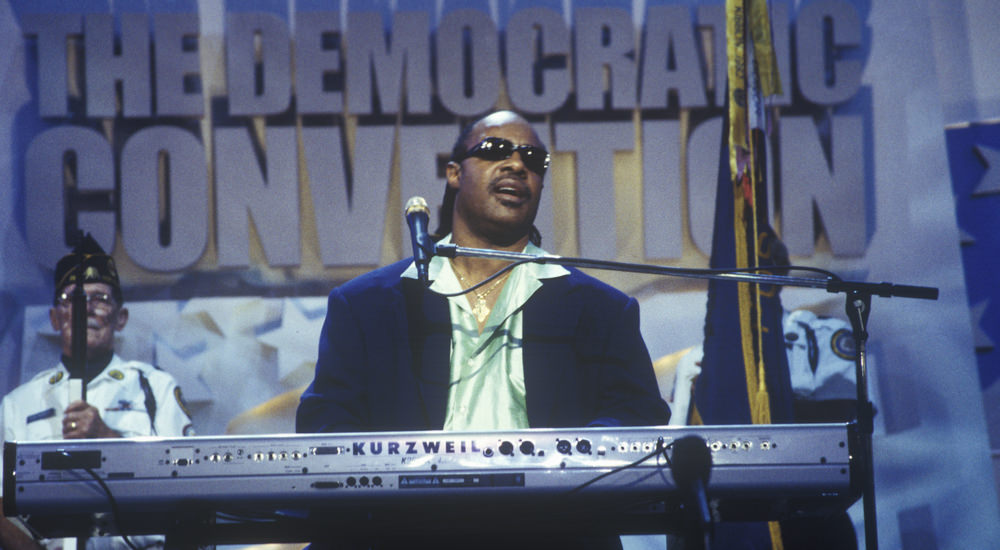 Stevie Wonder’s call to say I love you to black Americans was rejected by black and white Leftists. Leftists were outraged over Wonder’s compassionate message to his fellow blacks, “It is in your hands to stop all the killing and shooting wherever it might be. Because you cannot say ‘Black Lives Matter’ and then kill yourselves.” http://bit.ly/2rWN2de

Leftists view Mr Wonder as an uppity n***** who wandered off their Liberal plantation. Yes, Leftists do freely use the n word. Repeatedly, Leftists have called me a stupid n word for refusing their chains on my brain. My singing performance at the 2010 rally opposing Obamacare in DC was broadcast on C-span. Leftists across America called me the n word and worse; including death threats.

Black overlords were immediately dispatched to drag back their musical-icon run-a-way slave. After a high-tech whipping in the media public square, emotionally bloody and repentant, Mr Wonder dialed back his truthful comments.

As a black conservative activist, my frustration is getting fellow black Americans to see the light of how Leftists and Democrats are using them. My black daddy raised me to believe Democrat is the party of the little guy/working man. Republicans are for the rich. Most blacks do not realize the Democrat party leadership has been hijacked by extreme liberal radicals (Leftists). At their core is a hatred for America as founded, traditional values of hard-work, individuality, self-reliance, independence and faith in the God of Christianity.

In simple language, liberals believe in spreading mediocrity equally. Liberals believe no one should have more than someone else. Beginning in kindergarten, liberals teach their hatred for achievers disguised as “social justice” and the evils of “white privilege”. http://dailym.ai/29AwJVZ

Most blacks do not realize that Leftists believe implementing their extreme liberal agenda trumps everything, including black lives. Leftists deem blacks, women, homosexuals and all minorities useful idiots to be used to implement their anti-American and godless agenda. Speaking of godless, if you list Leftists sacred cow issues, they are all against biblical teachings. http://bit.ly/2tuOh3K

Stevie Wonder stating the obvious that blacks should stop killing each other was not good for furthering Leftists’ agenda. Leftists want blacks to believe America is a hell-hole of racism where cops murder them on sight. This lie helps Leftists sell their lie that the only way to save black lives is for the federal government to takeover police departments. This would further Leftists’ agenda of government repealing our freedoms and controlling every aspect of our lives. Most blacks do not realize that Obama’s government controlled health-care gave them power to decide who lives and who dies.

You may be scratching your head wondering why black leaders were outraged over Mr Wonder’s attempt to save black lives. The truth is black Democrat leaders are Leftists first and black second. Most black so-called civil rights groups want to keep blacks down, dependent on big daddy government. They want blacks engaged in poverty producing behaviors; dropping out of school, having babies out of wedlock and killing each other.

If this was not true, how would you explain black Leftists’ anger over real common sense solutions offered by successful blacks; Stevie Wonder, Herman Cain, Justice Clarence Thomas and Dr Ben Carson to name a few?

Civil rights icon, Dr Martin Luther King, Jr is rolling over in his grave over the betrayal of black leaders. Dr King made the ultimate sacrifice for blacks to strive for excellence and have a fair shot at achieving their American dream. Dr King did not die for blacks to be eternally enslaved by the federal government; monolithic voting for Democrats to get just enough free-stuff to get by.

Dr King had no idea his movement would be transformed into a grievance industry which keeps Al Sharpton, Jessie Jackson, the Congressional Black Caucus, the NAACP and the Obamas fat, happy and rich. Meanwhile, urban blacks continue in a downward spiral of black-on-black crime and generational poverty. Stats prove that blacks actually moved backwards during the 8 year reign of the first black president. http://bit.ly/1VJG0jM Why aren’t most blacks questioning why? Or, will blacks stay stuck on stupid, believing Leftists’ lie that all their problems are the fault of white American racism, Republicans and now Donald Trump?

I was disappointed when Mr Wonder walked back his statement of truth. However, I understand the pressure on Mr Wonder must have been tremendous. Leftists attack with furious anger, seeking to destroy anyone who dares to speak truth contradicting their narrative.

Hey boy, sing your pretty songs. But, don’t you never ever again speak out against the family!