The Stench of Conspiracy in Florida Shootings 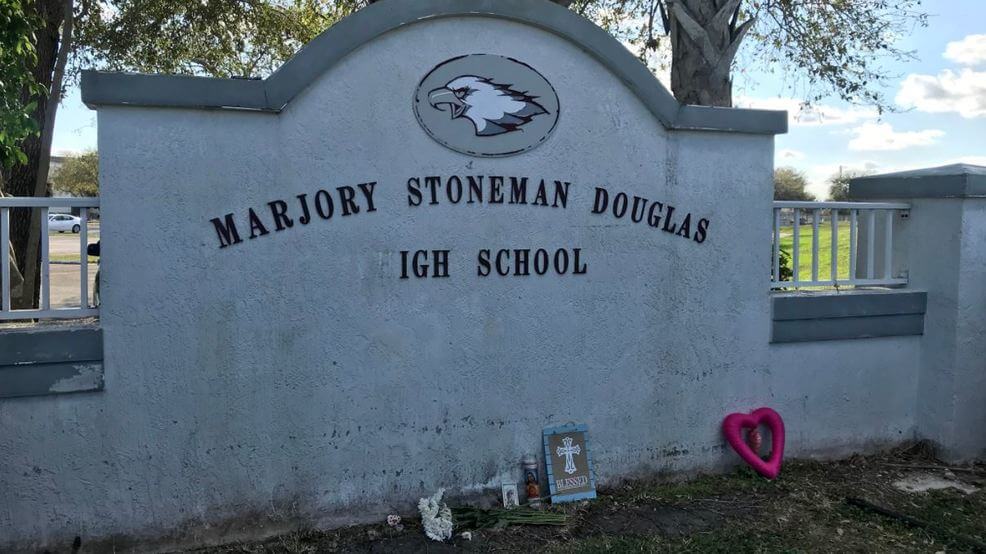 As some of you may have noticed TNN (The Trump News Network on Minds.com) doesn’t always post some breaking news stories. The murders of students at a Parkland, Florida high school is a perfect example. Like other stories that come off suspicious to me I put that story pretty much on the back shelf until more information was available.

Like so many other incidences around the country much of what is being reported didn’t add up and still doesn’t. Initially we were told that there was one BSO (Broward Sheriff) at the scene who was caught hiding while the killer was shooting kids. Then later we were told 4 BSO were on the scene hiding while these children were being slaughtered. This doesn’t make any sense. Ask yourself if you could sit by in body armor and armed as kids were being murdered. I couldn’t. I have been in somewhat similar situations in the past so I already know how I would react.

A few months ago while partying with a neighbor I heard what sounded like gunshots coming from my house. I have osteoarthritis so my joins are in pretty bad shape yet unarmed and at a pace I didn’t think I was capable of anymore I stormed down the street and upon approaching my garage picked up a machete and entered the home. As it turned out the sound wasn’t coming from my house and the most likely explanation is some idiot shot off a pistol driving down the street. But at the time I didn’t know that. My neighbor thought I was insane and when I returned he told me I should have waited until he got his gun. I asked him whether he would have waited on a maybe gun and then he got my point. There just wasn’t enough time to waste. I’m not a cop I’ve never even been in the military just some average Joe.

Recent reports claim that the cops were told to stand down because they didn’t have body cameras. I’m not the smartest guy in the world but that is complete bullshit. As a human being listening to children being shot at, the other officers would have had to shoot me to stop me from entering that building with my gun drawn. Screw my orders and I’m sure any real man reading this would do exactly the same thing. I can always get another job.

Then there is the wanna be actor and/or wanna be CNN reporter David Hogg. Many so called news organizations claim he is not a crisis actor and I’m not saying he is. What I am saying is none of them bothered to really research this “kid”. According to some internet sources David Hogg had already graduated high school in California showing what appears to be Hogg on a California high school yearbook his graduation date to be 2015. Additionally there is news footage of Hogg in California mixing it up with a lifeguard over a boogie board/garbage can incident. Hoggs father is a “retired” F.B.I. agent.

The Hogg family has a million dollar home in Parkland which isn’t unusual in Parkland as it is well known in the area for wealth, mostly upper middle class (well hey it ain’t Boca Raton). These people came from California where a million dollars buys you a dog house so I don’t consider this part of the conspiracy theory. If you’re a halfway decent investor in the real estate market having a million dollar home given the circumstances is really no cause of alarm.

What are causes for alarm is that according to Florida’s Attorney General Pam Bondi, the Broward County Sheriffs office lied to her and Florida’s governor Rick Scott. Additionally the head of the BSO, Scott Israel is a leftist and Obama supporter who does not deny that the BSO officers on the scene were given a stand down order. What is even more suspicious is that the students of the high school were told there was going to be a training exercise using blanks on the very same day. Was this to keep teachers, security and students docile while the killer was firing his weapon?

Consequently, this incident has taken attention away from Clinton and the Democrats who hours prior to the shooting were facing pretty harsh criticism concerning their own collusion with the Russians and their phony Russia Gate dossier. That’s pretty convenient don’t you think?

This entire incident reeks with conspiracy which is why so many people are beginning to believe that what the MSM is reporting isn’t news but a doctored version of the incident to promote their own political agendas. Leftism is an ideal that is grounded in force and absolute state dominance and what better way to achieve those goals than by attacking the 2nd amendment.

I’m not going to sit here and tell you that I know what actually happened even though I live a short distance from Parkland but what I can tell you is that police in Broward County have a very long history of corruption (running a cocaine ring in the 70’s and 80’s is one of them). For this reason and all the reasons stated here any rational human being would at the very least entertain the notion that what actually exists under the surface could be a horrible conspiracy.

Personally I don’t believe anything the MSM prints or broadcasts anymore so I do not consider them to be viable sources to anything except maybe Spring Break at Daytona Beach. The only chance we have of coming anywhere near to the truth is through citizen/independent reporters and investigators. The MSM has lied to us and let us down way too many times to believe anything they say about this story.