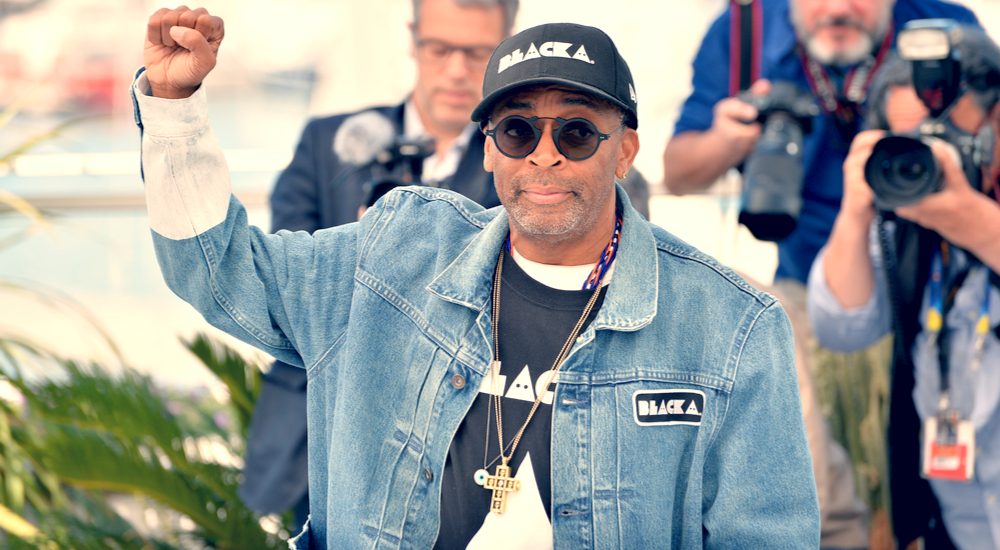 I stopped stomaching the Academy Awards TV show years ago. I caught Spike Lee’s hate-filled Oscar acceptance speech on Youtube. I am a black man who is a grateful and proud American. One could argue that Spike Lee has achieved his $40 million net worth at the expense of his fellow blacks, selling them the lie that America is a hellhole of racism against them. Lies about America are furthered in most of Lee’s movies; blacks will never be treated fairly; cops shoot blacks on sight and whitey schemes 24/7 conceiving roadblocks to keep blacks down.

In his speech, Lee cited that slavery in America began 400 years ago. And yet, while standing on stage receiving an Oscar, Lee, a black man, acts like slavery still continues today. Lee said his grandmother funded his college education. He said his grandmother was the daughter of a slave and a college graduate. Doesn’t Spike Lee’s and his grandmother’s success confirm the truth that America is the greatest land of opportunity on the planet for all who choose to go for it?

As I watched Spike Lee, I thought, what is wrong with this man? Does he actually believe his anti-America garbage or is it simply his niche to make movies. Promoting her movie, “Selma”, billionaire black woman Oprah Winfrey spread the lie that blacks are still suffering the 1965 racism featured in her movie. White moviegoers have made black actor, Samuel L. Jackson worth $220 million. Like Spike Lee, Jackson whines about how blacks can’t catch a break in racist America.

While 90% of blacks voted for Obama, blacks are only 12% of the U.S. population. The fact that white America gave horrible black president Obama two terms and the fact that Trump has ushered in an unprecedented new era of prosperity for blacks https://bit.ly/2UfiPjT means nothing to Spike Lee, Samuel L. Jackson, and Oprah. Behaving like brain-dead zombies, these rich blacks parrot the Democratic party’s lie; Trump and every American who voted for him are racists who wear MAGA caps.

I’ve had a problem with Spike Lee’s thinking ever since his breakout movie, “Do the Right Thing”. Lee’s movie ended with blacks burning down the business of a white small business owner in their neighborhood. The movie implied that this was justified. I thought this is wrong. That white business owner served that black community. In his Oscar speech, Lee senselessly told America to “do the right thing” by voting out racist president Trump in 2020; the best presidential friend of black Americans since Lincoln.

When I was a kid in Baltimore, it seemed like grocery stores owned by Jews were on every other street corner in black neighborhoods. When I was around 10 years old, my Aunt Bummie sent me to purchase two cigarettes for her from the corner store. The Jewish owner opened his book and put the cigarettes on her account.

In later years, Asians began opening convenience stores in black neighborhoods with 14 family members living upstairs above their business. I never understood my fellow blacks’ hatred for these people. Nothing was stopping blacks from opening businesses in our neighborhoods.

Exposing their bigotry of low expectations, leftists say racism stops blacks from opening businesses. But that is not true. Born in 1867, the child of a former slave, Madam C. J. Walker was one of the first American self-made millionairesses. Today, leftists absurdly define everything as racism and white privilege. Black hair care products entrepreneur, Ms. Walker achieved extraordinary success at a time in America when real, not faux, racism was the norm. https://bit.ly/2D1uFIU

The greatest Nemesis of black Americans are negative, victim and entitlement mindsets instilled into them by Democrats and leftists. “As a man thinketh in his heart, so is he.” (Proverb 23:7) In other words, if blacks think they can achieve success in America, they will. If blacks believe they cannot succeed, they will not. This is why successful black Americans like Spike Lee, Samuel L. Jackson and Oprah Winfrey preaching their America-is-against-you lie is extremely destructive; a major disservice to their fellow blacks.