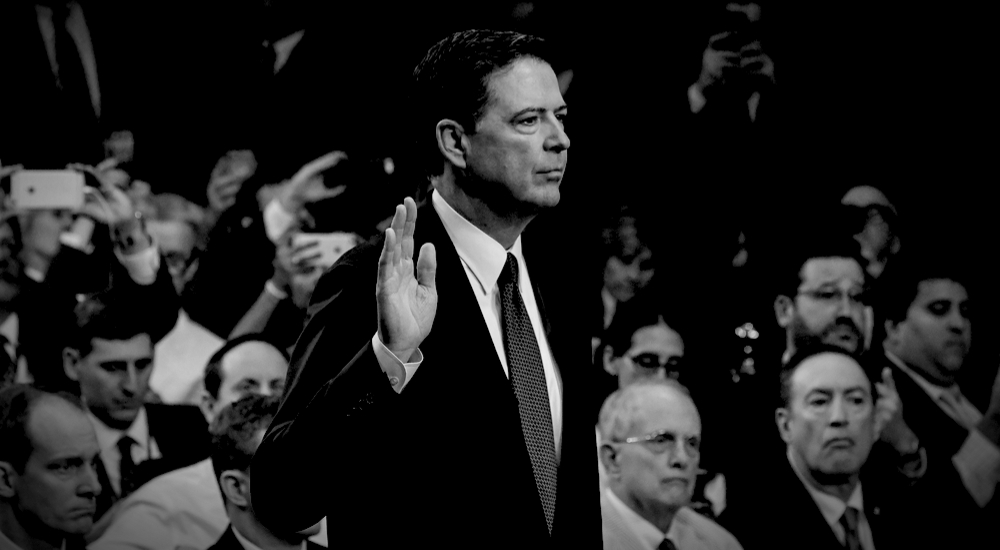 Man, this is rich.

Obama’s top spies are angry. They simply cannot believe that they are being accused of spying, even though their job was to spy.

Attorney General Bill Barr was forced to explain to the normally very anti-“military-industrial complex” Senator Jeanne Shaheen that keeping our intelligence agencies accountable is supposed to be Congress’ job. While Shaheen was very much opposed to our intelligence community’s work before the Obama era, she has suddenly become very protective of them now that Donald Trump is President.

Listen to this exchange as Barr explains why it would be a bad thing if the Trump campaign was spied upon:

Bill Barr: As I said in my confirmation hearing, I am going to be reviewing both the genesis and the conduct of intelligence activities directed at the Trump campaign during 2016. And a lot of this has already been investigated, and a substantial portion of it has been investigated and is being investigated by the office of the Inspector General, but one of the things I want to do is pull everything together from the various investigations that have gone on, including on the Hill and in the [Justice] Department, and see if there are any remaining questions to be addressed.

Jeanne Shaheen: And can you share with us why you feel a need to do that?

Bill Barr: Well, you know, for the same reason we’re worried about foreign influence in elections, we want to make sure that during elections — I think spying on a political campaign is a big deal. It’s a big deal.

The generation I grew up in, which is the Vietnam War period, people were all concerned about spying on anti-war people and so forth by the government, and there were a lot of rules put in place to make sure that there’s an adequate basis before our law enforcement agencies get involved in political surveillance. I’m not suggesting that those rules were violated but I think it’s important to look at that. and I’m not talking about the FBI necessarily, but intelligence agencies more broadly.

Jeanne Shaheen: So you’re not suggesting, though, that spying occurred?

Bill Barr: Well, I guess — I think spying did occur, yes. I think spying did occur… The question was whether it was adequately predicated. And I’m not suggesting it wasn’t adequately predicated. I need to explore that. I think it’s my obligation. Congress is usually very concerned about intelligence agencies and law enforcement agencies staying in their proper lane. I want to make sure that happened. We have a lot of rules about that.

I want to say that I’ve said I’m reviewing this. I haven’t set up a team yet, but I have in mind having some colleagues help me pull all this information together and letting me know whether there are some areas that should be looked at. I also want to make clear. I also want to make clear, this is not launching an investigation of the FBI. Frankly, to the extent there were any issues at the FBI, I do not view it as a problem that’s endemic to the FBI.

I think there was probably a failure among a group of leaders there, at the upper echelon. So I don’t like to hear attacks about the FBI because I think the FBI is an outstanding organization and I think Chris Wray is a great partner for me. I’m very pleased he’s there as the director. If it becomes necessary to look over some former officials’ activities, I expect I’ll be relying heavily on Chris and work closely with him in looking at that information. But that’s what I’m doing. I feel I have an obligation to make sure that government power is not abused. I think that’s one of the principal roles of the attorney general.

Here’s Jim Comey, the disgraced former Director of the FBI, arguing that he doesn’t consider “electronic surveillance” to be spying. (Surveillance is LITERALLY a synonym for spying, Jim.)

“With respect to Barr’s comments, I really don’t know what he’s talking about when he talks about spying on the campaign. It’s very concerning because the FBI, the Department of Justice conduct court-ordered electronic surveillance. I have never thought of that as spying.”

If the government spied on Trump, even if it was “electronic surveillance,” without cause – we NEED to know.

If they spied, without cause, those responsible need to be held accountable.