Special Privileges for the “Elite” 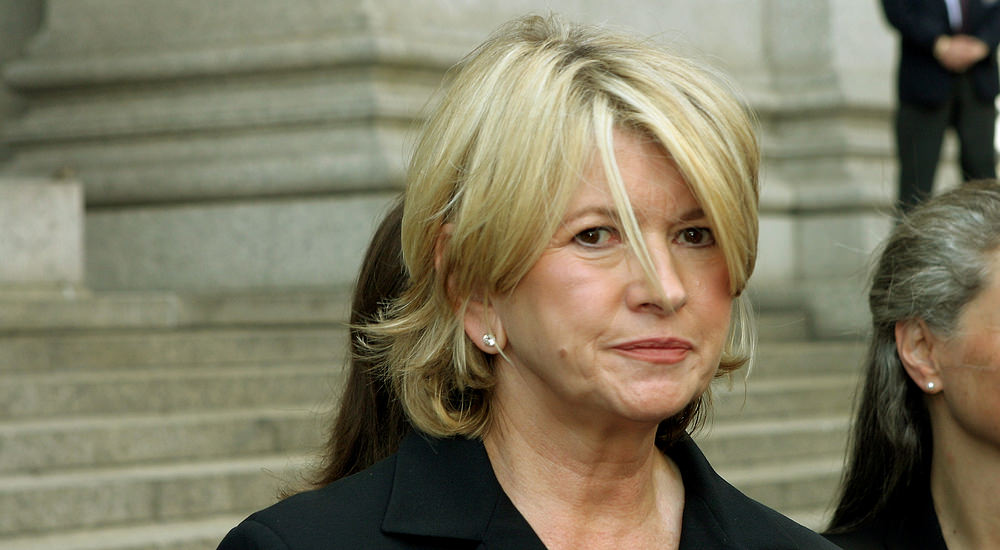 If you believe that Martha Stewart is an enemy of the state, you are right. However, is she a desperado that deserves the fate of corporate plungers? Well, the art of stealing from public companies is often rewarded for the skilled crook; but if you are caught in a lie, you are the worst of the worse. The focal point in this soap opera is missed by the media. Back in June of 2002, in Steward of the Public Trust, we asked: “Should Ms. Stewart be tarred and feathered for using etiquette banned by the SEC? Or are we supposed to swing Martha’s stockbroker, Peter Bacanovic, from the highest tree for getting her out of a down market?”

In the rush for a hangman’s noose, most forget securities fraud charges were dropped against Martha Stewart. U.S. District Judge Miriam Goldman Cedarbaum ruled: “I have concluded that no reasonable juror can find beyond a reasonable doubt that the defendant lied for the purpose of influencing the market for the securities of her company”. Since this was the most serious charge, isn’t it curious that Sam Waksal, the former ImClone CEO, didn’t have his jail time interrupted to testify against Martha? If they were so close, why didn’t Sam just give the heads-up to sell, and avoid the Bacanovic loop?

Now that Stewart is convicted, the public will move on to the next sporting event from the court network. Nonetheless, there is a crucial point that is easily lost in the fray. When you hear that the cover-up is worse than the crime, this observation requires further examination. U.S. Code Title: 18 Section: 1001 tells the tale.

At the outset, this statue applies only to the federal government. Individual states do not claim or profess to eradicate the Bill of Rights with the same arrogance as practiced in the federal courts.The Fifth Amendment clearly states a fundamental right that each citizen maintains: “nor shall be compelled in any criminal case to be a witness against himself“.

The operative standard is to keep quiet. However, how is it possible to invoke your 5th Amendment right and avoid concealing material facts that federal officials deem relevant? This central point is clouded with legal advice that as long as you refrain and refuse to make any statement, your protection remains intact. Seldom is it questioned by what legitimate authority of superior status are federal investigators and prosecutors, so ordained, that they can demand and be the arbitrator of truthfulness? Juries are supposed to be the judge of facts.

However, anyone who has experienced the hubris of the Department of Justice will attest, the self serving agenda of federal authorities is central to their targeting of citizens. The notion that assistant attorney generals serve the people is about as absurd as asserting that politicians and bureaucratic insiders are subject to the same standards as ordinary citizens. The big lie is not that told by defendants, but resides within the scam that justice is pursued by federal authorities. If this conclusion was inaccurate, why are there so many corpses from cooperating and telling the truth? Simply, the truth that federal officials want is that which conforms to their case.

When warnings are directed at witnesses to give up defendants under the threat of their own prosecution, what are the odds of honest evidence? If the law was really designed to protect the public, why are the rules applied so selectively and what gives implicated exemptions to administrative goons? If Rush Limbaugh claims prosecutorial bias in his Florida State investigation, just think what is would be like if the Feds were asking the questions!

Martha Stewart’s failure was in a lack of appreciation that once you are in receipt of a DoJ letter that YOU are a subject of a federal investigation, you MUST say nothing. Section 1001 was constructed to be the reliable fall back Catch-22 for anyone who has the misfortune to pop up on the Fed’s radar screen. The general public is ignorant how the judicial system really works. They have even less understanding and fail to recognize the routine immunity that federal officials flaunt, when they violate the constitution. Law abiding citizens know it can’t happen to them, they did nothing wrong.

If lying to a federal official is a crime, just what do you call what federal officials do to the public when they plot and scheme to destroy civil liberties? Deplorably, most citizens are unable to bring themselves to face the facts. The true outlaws are the ones that enforce a corrupt legal system. Martha will decorate her cell, and Bacanovic will need to seek future employment that doesn’t require a license. What a win for society! The professional lawbreaking political class just chalked up another scalp. The probity of the system must be protected . . .