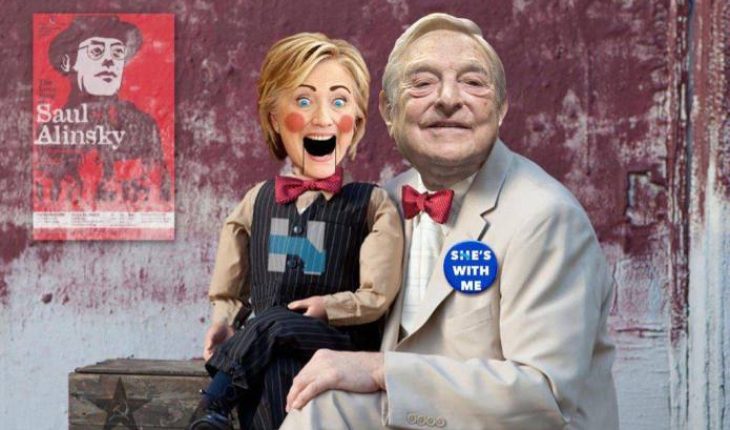 The law firm leading the Democrat recount effort to undermine the Electoral College and steal the Presidency for Hillary Clinton is, wait for it….being funded by George Soros.

Hillary Clinton’s legal team is led by a particularly nefarious attorney named Marc Elias. Elias, the Clinton attorney for the 2016 election cycle, over the weekend announced Hillary Clinton’s intent to join the recount campaign against President-Elect Donald Trump in the states of Wisconsin, Michigan, and Pennsylvania. Hillary’s desperate attempt at remaining relevant came as a bit of surprise given her strong comments refuting recounts, Donald Trump having won “clearly and fairly”, and her acceptance of defeat on November 9th, 2016.

Apparently Hillary’s evil over-lord Soros had other ideas. The New York Times reported that Soros had pledged, and apparently has now funded, up to $5 million to Marc Elias and his firm to fight ““restrictive voting laws enacted in recent years by Republican-controlled state governments.” Elias, the “go-to lawyer for Democrats in recount fights”, has been funded by Soros in previous recount battles in both Ohio and Wisconsin and has been called “a Crusader of Democrat strategics to get what they want”.

In reporting done over the fall by the Washington Post, Soros’s own spokesman Michael Vachon said, “Elias approached us with a set of proposals for challenging state restrictions that would be helpful up and down the ballot. That was appealing to Soros, who began his political giving with voter mobilization efforts. We agreed with Elias that there was work to be done beyond what the civil rights groups, to which Soros also contributes, were doing.”

Clinton’s direct involvement and use of Elias in the recount efforts were un-doubtedly prompted by the Greek billionaire himself whose $5 million would be a good start for the would-be Madame President while Jill Stein muddles around attempting to raise money for a similar attempt. New York Magazine has revealed that Clinton’s campaign had been urged by “a group of prominent election lawyers” to call a recount in Wisconsin, Michigan, and Pennsylvania. Those election lawyers wouldn’t happen to be financed by ole George too would they?