Solving the Confusion over Weapons of Mass Destruction – Part 1 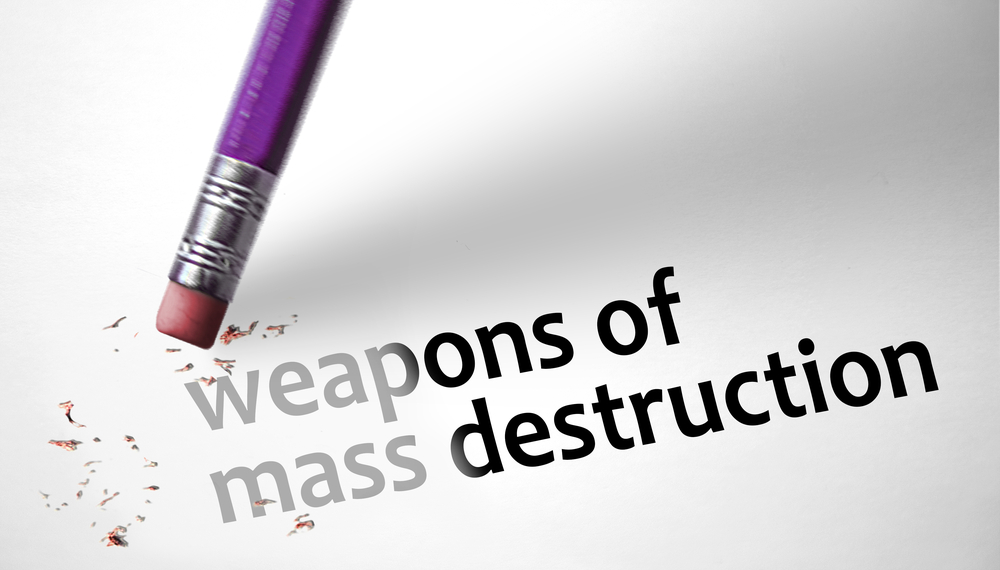 The term Weapons of Mass Destruction (WMD) has been used with lots of confusion and often erroneously by the Main Stream Media and various academic, commentators, opinion outlets, political entities who wish to use that term to their benefit.

To keep this simple we need to look back in history to understand some related terms.

The first is Chemical, Biological and Radiological (CBR) which groups these kinds of agents, effects, weapons, etc. into a fairly distinct grouping that did not need much additional description.

Everyone agreed that CBR weapons were WMD.  See https://www.hdiac.org/node/1936.

The Russians and the Germans presented lots of evidence on the great or Mass Destruction of human life from the use of Chemical and Biological Agents or Weapons.

Many other governments and leaders used some or all parts of CBR on their enemies and sometimes even their own people.

One of these was Saddam Hussein who used Chemical and Biological weapons from his arsenal of weapons hidden in Iraq on the Iranians and the Kurds.

The big question in the world of politics outside of Iraq was did Saddam Hussein have Radiological weapons.  See http://www.thepoliticalinsider.com/bombshell-new-york-times-reports-wmds-found-iraq/.

Yes, Hiroshima and Nagasaki were evidence of the great or Mass Destruction of Atomic or Nuclear Bombs but they were also evidence of the affects of Radiological agents on millions of people.

The facts of these events and further study lead the Western Nations to expand the term CBR to CBR Nuclear (CBRN).

The leaders of the world of politics outside of Iraq petitioned the United Nations to send a team of inspectors to Iraq trying to find evidence of development of Radiological or Nuclear Weapons.

Here is where the confusion between CBR and WMD started and was made worse as the inspectors continued to report that there was laboratory work but no actual Nuclear Weapons or Atomic Bombs were found.

Of course, those who wanted to belittle the Bush family jumped on this report and started publishing that there were no WMD in Iraq.

This belied the facts that there were many Chemical and Biological Weapons in the arsenals of Saddam Hussein and the Iraq Military.

Most of these weapons were spirited off to hiding places in the desert and eventually to Syria where they have been used on the innocent peoples in the vicinity of the rebels.

Now the forces of ISIS have been digging up what was hidden in the desert and have used them for their purposes.

The reporting on use of WMD in Syria and by ISIS seems to miss the point that these WMD are what the Bush family wanted found in Iraq before they fell into misuse by other tyrants or terrorists.

The WMD were there they just were not found by those looking for Atomic or Nuclear Bombs.

So, for now, please stop the confusion about the search for WMD in Iraq as ordered by President George W. Bush and realize that just because no Atomic Bombs were found that the search did find and document the existence of WMD.

Details of that search and the finding of WMD (CBR) weapons will follow in Part II.