Smollett and the Deep State: We Deserve Justice 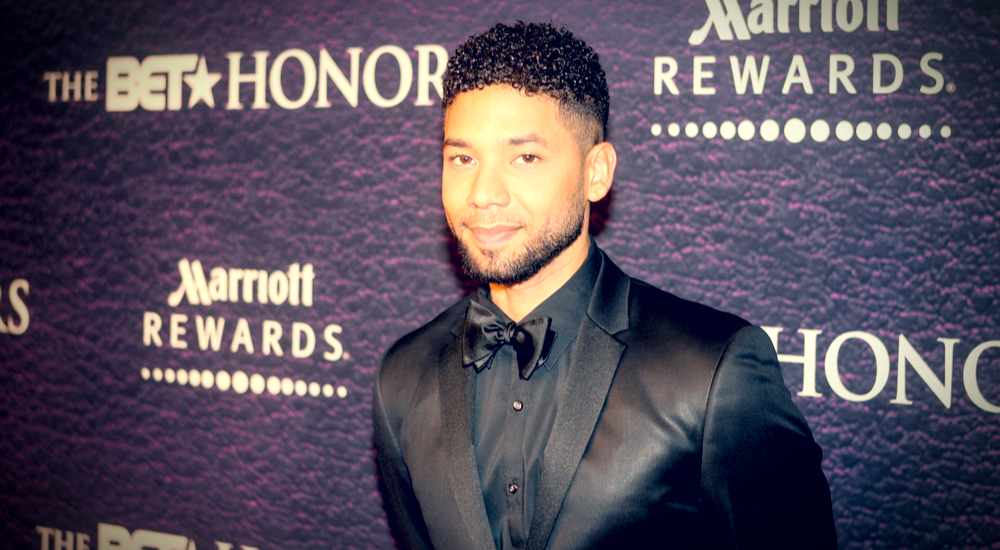 Smollett and the Deep State: We Deserve Justice

Smollett paid the two guys he hired to stage his bogus attack with a $3000 check. https://bit.ly/2HIEhuW Closed circuit TV caught Smollett’s hired attackers buying the MAGA caps and other materials needed to stage the fake hate crime. https://bit.ly/2OunOuD Smollett intended for his fake attack to be videoed on cc TV. Thank God the camera in the area Smollett selected malfunctioned. Had Smollett been successful, fake news media would have gleefully aired the video 24/7, probably igniting massive race riots and violence on Trump supporters.

After Kim Foxx dropped all charges, Smollett addressed the media, outrageously lying and presenting himself as a victim of police corruption. Smollett said, “I have been truthful and consistent on every single level since day one. I would not be my mother’s son if I was capable of one drop of what I’ve been accused of.” https://bit.ly/2TFtXVQ

Does this guy think we are idiots? Dude, you lied about being attacked. Idiotically, you paid your fake attackers with a check. There is a video of them buying the props. And yet, Smollett has the audacity to sell the lie that he is yet another innocent black man abused by racist police. Sadly, I suspect most of the fake news media will help to sell Smollett’s lie which sets up our brave men and women in blue for more assassinations by Black Lives Matter disciples.

Many have forgotten the ambush of uninformed Texas Deputy Darren Goforth who was shot multiple times in the back while pumping gas. Deputy Goforth’s black assassin was inspired by Black Lives Matter. https://nws.mx/2uwXszi Forty-seven-year-old Deputy Goforth left behind his wife Kathleen, his 12-year-old daughter Ava and his 5-year-old son Ryan.

Do you remember NYPD officers Rafael Ramos and Wenjian Liu who were ambushed and killed while eating lunch in their police car? The enraged black shooter said his motivation was revenge for cops supposedly murdering blacks. https://bit.ly/2FEROBf

Officer Ramos’ 13-year-old son Jaden posted the following on Facebook. “Today I had to say bye to my father. He was their for me everyday of my life, he was the best father I could ask for. It’s horrible that someone gets shot dead just for being a police officer. Everyone says they hate cops but they are the people that they call for help. I will always love you and I will never forget you. RIP Dad.” https://bit.ly/2TDL76v

I could go on and on with examples of police ambushed and assassinated because of the evil politically motivated lie that cops routinely abuse and murder blacks. Democrats nurture this heinous lie because it keeps blacks voting for Democrats to protect them from nonexistent massive police and white American racism.

So here is race-baiter Jussie Smollett all over national media, disgustingly claiming he is a hero for civil rights. Please excuse me while I barf. This evil man sought to generate more hate and violence on Trump voters who courageously wear MAGA caps.

While in Walmart, I saw a wheelchair-bound elderly white gentleman wearing a white MAGA cap with gold stars on it. I said, “I like that hat.” With a grin, he stuck out his hand and said, “You’re alright partner!” We enthusiastically shook hands. His wife pushing his wheelchair smiled.

All charges were dropped against Smollett because his insidious hoax furthers leftists’ mission to demonize police, Trump, and Trump voters. From Hillary Clinton’s serial lawbreaking to Obama, the FBI, the DOJ and others silent coup against an elected president, the deep state feels free to break laws to remove Trump from office. https://bit.ly/2YtrS2V

I pray that Sen Lindsey Graham will follow through with his promise to investigate all the arrogant corrupt players in the deep state’s 679 days bogus Trump-colluded-with-Russia investigation.

My fellow Americans it is time that we stop allowing anti-American enemies-within to get away with criminal and treasonous behavior. Jussie Smollett’s feet should be held to the fire. We the People deserve justice.