Slavery and Racism: A Coat of Many Colors 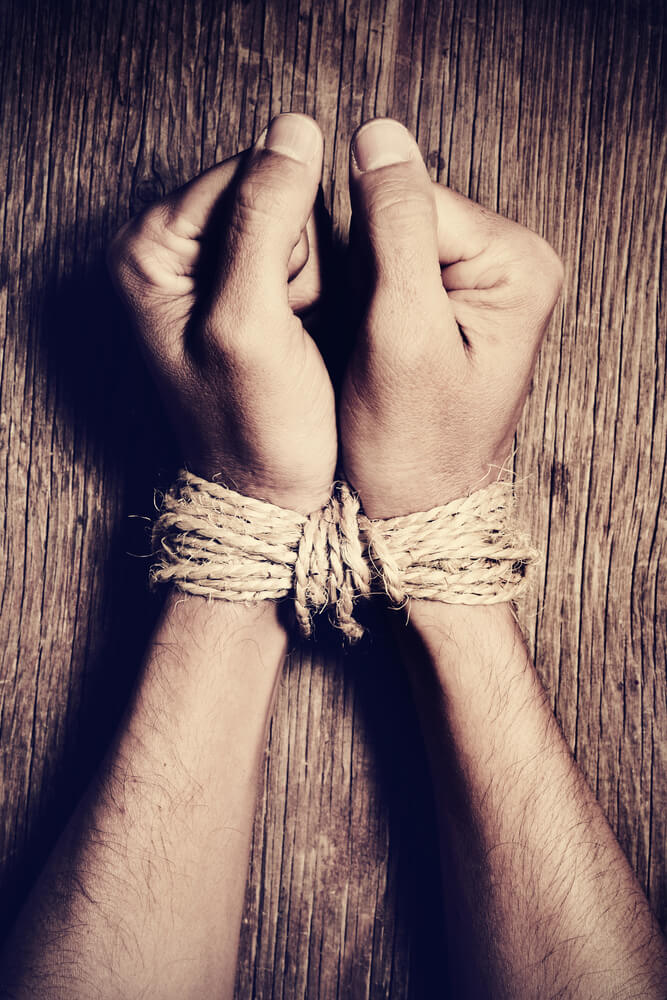 The Charleston Church shooting incident in the US resulted in the death of nine Black congregants. The gunman’s avowed aim was to ignite a major race war. It didn’t. I strongly believe that’s because city residents of all races got together—and prayed. There are other factors, of course—Rev. Al Sharpton and other race hucksters including Democrats and members of the Communist Party of the USA were not welcome in Charleston.

Since there weren’t any race-related disturbances to breathlessly report on, mainstream media—another major cause of race riots—decided to move on, but left a parting shot…did anyone notice that the narrative suddenly switched from race to the Confederate flag?

Yet again, America was forced to come to terms with its unpleasant past. American intellectualoids have made a good living from digging up horrifying stories of slavery and how particularly nasty the American variety was and still is. Yes, a new form of politically-correct thinking has taken root in academia and among talking heads in media. It’s based on a simple mindset: the reflexive guilt of the West, the idea that every Westerner is presumed guilty–of colonialism, slavery, and imperialism–until proven innocent. As French philosopher Pascal Bruckner intones, the West contains an “essential evil that must be atoned for.”

To be sure, most literature on the subject of slavery was penned by writers of conscience—from Harriett Beecher Stowe (“Uncle Tom’s Cabin”) to Alex Hailey (“Roots”)—who exposed and embellished the ugly side of this activity. But that’s the trouble.  Few writers outside of America and Britain railed against this evil, much less wrote about slavery – creating the notion that the rest of the world was as pure as driven snow. I believe it’s now time to put slavery in America in its proper perspective, if only to counter the depraved ideals of the ‘Black Lives Matter’ movement.

To begin with, slavery is NOT a Christian or, more precisely, a “White Man’s” thing. As it happens, slavery has existed ever since man first needed extra bodies to harvest his crops and do sundry work on his land. The Pharaohs kept the whole Israelite nation in bondage for over 400 years. In their turn, the Ancient Egyptians became slaves to the invading Arabs.

For its part, India had institutionalized slavery for 3,000 years. They called it the caste system and got away with the outrageous Hindu approach to racial superiority simply by squatting under the banner of ‘culture’! As, Navsarjan puts it:

“India’s caste system assigns individuals a certain hierarchical status according to Hindu beliefs. Traditionally, there are four principal castes (divided into many sub-categories) and one category of people who fall outside the caste system—the Dalits. As members of the lowest rank of Indian society, Dalits face discrimination at almost every level: from access to education and medical facilities to restrictions on where they can live and what jobs they can have. The discrimination against the Dalits is especially significant because of the number of people affected; there are approximately 167 million Dalits in India, constituting over 16 percent of the total population.”

And the blacks in America feel hard done by!

As late as 2015, I happened to view a National Geographic presentation of the attempt to elevate the status of so called untouchables in basic survival skills and trades. Taking advantage of this opportunity, a Dalit girl graduated as a chef and earned a position at a school. The documentary went on to matter-of-factly describe how a lot of parents were so adamantly opposed to their kids having to eat meals cooked by an Untouchable, they simply opted out of the school-feeding programme.

And the world believes America has a ‘racist’ problem!

To their credit, India has been coming to terms with this ancient tragedy ever since Mahatma Gandhi spoke out against the horrors of the caste system in his early years as an activist in South Africa. The Dalits are now officially referred to as ‘Scheduled classes’ and, in collaboration with various Christian and Hindu organizations, the Indian Government is making a sincere effort to make amends for the past.

Slavery has been in existence since the first man (of undetermined colour) warred on neighbouring tribes, conquered them and subjected them to slavery. This has been an accepted way of life for eons. West African tribal chieftains routinely warred with each other and subjected vanquished tribes to slavery. This is part and parcel of African, North and South American history. In Africa, though, this changed with the sudden demand for labour in the New World. Tribal warfare quickly evolved not only into a means to permanently get rid of rivals but also a hugely profitable undertaking. Thus, slave traders didn’t have to venture very far into the African interior to acquire labour; the unfortunates were brought to them by their fellow Blacks in exchange for the prevailing currency. That tribal leaders of the time were complicit in the burgeoning slave trade doesn’t make the practice any less evil, of course, but it’s necessary to mention this reality if only to counter the slough of misinformation floating around.

It took the efforts of a Christian minister, William Wilberforce, to force people to recognize that the act of treating human beings as chattels was intrinsically evil. He was laughed at and derided for his revolutionary ideas. He would have disappeared in the mists of time if it hadn’t been for a defining historical moment…

After a series of meetings with Queen Victoria, Wilberforce successfully convinced the Empress of the British Empire that slavery was immoral. In response, the Queen outlawed the slave trade and followed this up by ordering the powerful Royal Navy to interdict ships plying the Atlantic with their human cargoes. The unfortunate Blacks were restored to their homes and slavers fined heavily and rapidly put out of business. From newly-established naval bases on the coast of Nigeria and Ghana, the Royal Navy was expanded to perform this task and they succeeded in their commission. It is really unfortunate that this episode in British history has been so ignored.

Meanwhile, on the other side of Africa, Arab traders (especially the Yemeni variety) plied the East African coast centuries before Mohammed. After all, the Monsoon winds have been around long before Islam.

Unlike Christianity, however, Koranic texts ENCOURAGE Muslims to enslave infidels and thus, gave new impetus to an already-ghastly practice. (At your request, I’d be happy to provide theological proof). As Middle East historian Efraim Karsh documents in Islamic Imperialism,“The Arab conquerors acted in a typically imperialist fashion from the start, subjugating indigenous populations, colonizing their lands, and expropriating their wealth, resources, and labor. Indeed, if one wants to find a culture defined by imperialist ambitions, Islam fits the bill much better than do Europeans and Americans, latecomers to the great game of imperial domination that Muslims successfully played.”

The Islamo-Arab approach to slavery was radically different from that of the Western slaver. While kidnapped women were summarily ‘discarded’ as unsuitable for heavy labour or treated as sex slaves by Arab slave traders, African males were routinely castrated before being put on the Arab ‘market’. This served two purposes: there weren’t too many descendants to pose ‘problems’ for future generations of Arab society. Also, this ensured a steady demand for a supply of,,,er…chattels. Indeed, slavery was officially abolished in Saudi Arabia only in 1985 even as, Arabs still look upon Blacks as ‘abd’, slaves (Arabic: عبد‎). I’ve met more than a few Africans who worked in the Middle East who personally experienced this attitude.

Arab involvement in the thriving slave trade is based on historical facts and ironically, it took the (White/Christian) Portuguese to put an end to this hitherto highly profitable traffic. While their motives could hardly be described as altruistic, 700-hundred year old Islamic depredations in Spain and Portugal were fresh on the minds of early Portuguese explorers as they attacked Arab slavers with a ferocity born of centuries of Islamic humiliation and savagery in Europe.

For as it happened, from the 7th Century onwards, Europe was continually ravaged by invading Islamic hordes. First the Arabs, who conquered huge swathes of territory, eventually occupying Spain, Portugal, and parts of Italy. Then it was the Turks who, in the process of establishing the Ottoman Empire, arrived right up to the Gates of Vienna.

In fairness, of course, the ebb and flow of empires was not unique to this period.

As Bruce Thornton, a well-known columnist, put it, “In reality, the movements of peoples in search of resources, as well as the destruction of those already in possession of them, is the perennial dynamic of history. Whether it was the Romans in Gaul, the Arabs throughout the Mediterranean and Southern Asia, the Huns in Eastern Europe, the Mongols in China, the Turks in the Middle East and the Balkans, the Bantu in southern Africa, the Khmer in East Asia, the Aztecs in Mexico, the Iroquois in the Northeast, or the Sioux throughout the Great Plains, human history has been stained by man’s continual use of brutal violence to acquire land and resources and destroy or replace those possessing them.”

In response to accusations that Muslims have a right to be aggrieved over contemporary US ‘policies’ in the Middle east, Bruce observed, “Moreover, it is blatant hypocrisy for Arab Muslims to complain about imperialism and colonialism.”

This represents the ‘other’ side of the much-maligned Crusades. Yes, Crusaders played their part in giving the newly-awakening West a bad name, so to speak, but if it weren’t for this phenomenon, the whole of Europe would have been Islamic—a reality that would have boded ill for existing Jewish communities. Don’t forget, Mohammed had a special axe to grind with the Jewish people. As he established Islam in what is now known as Saudi Arabia, he wiped out all the Jewish tribes and feverishly proceeded to extirpate all traces of their centuries-long existence in this region. There’s no reason to believe Islam would be any different in a European Caliphate.