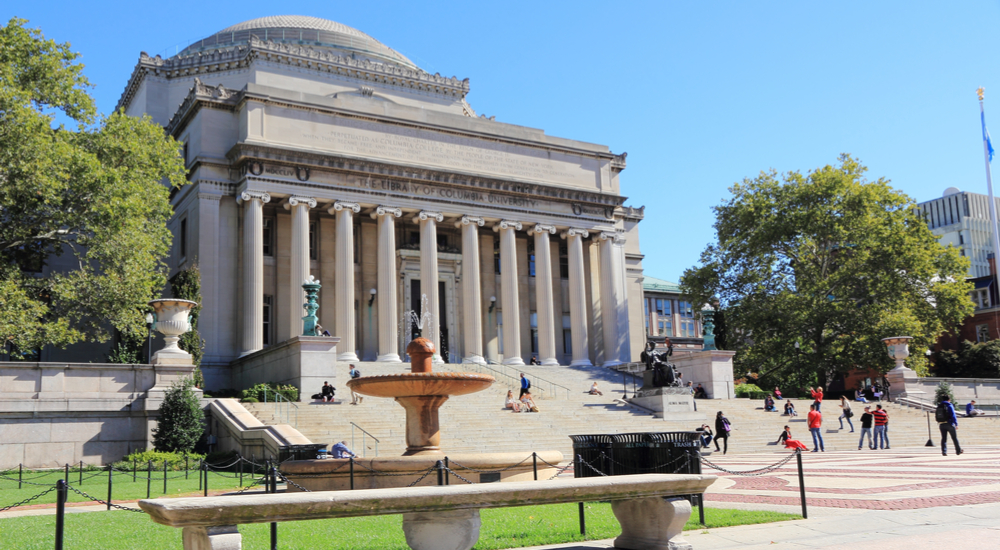 New York 8/23/18– Columbia University Journalism Dept. has trained many prominent journalists and TV news commentators. They publish a newsletter that examines how national stories are handled. It is titled, Columbia Journalism Review (CJR) for which this writer is a subscriber.

The Editor/writer is Pete Vernon, who released a story today with the headline: The Media Today: How Trump Turned Mollie Tibbetts’ Murder into a National Story. How’s that again? President Donald Trump manipulated that tragedy into a national story?  Why? For what purpose? One thing it did do was iron into the mind of the public that Trump is an opportunist.

Then this jab below the belt by Mr. Vernon was to explain this event using a tail wagging the dog scenario to misdirect people from the actual story.

Sayeth he;  “As the fallout from the guilty plea of longtime Trump lawyer Michael Cohen and the conviction of former Trump campaign chairman Paul Manafort continued to lead most national news outlets, the White House attempted to turn the focus to Iowa, where the murdered girl lived.”

Notice how skillfully Mr. Vernon brought in two of Trump’s former associates who had been convicted of nefarious conduct to make President Trump look bad (by the company he keeps). And Vernon wove the web to cover Trump as well to make him a party to malfeasance, getting eyes off the girl’s murder by an illegal who will always vote Democrat.

This illegal immigrant, who had no business being in this country, Cristhian Bahena Rivera, grabbed Mollie Tibbetts while she was jogging, yanked her off the trail and brutally murdered her. She had nothing to do with him and was minding her own business.

The following was written by Mr. Vernon. Notice the skillful negative slant:

This fueled the immigration debate turning the story into a political football. The New York Times charged that the Tibbetts murder has been used by Trump and covered in conservative media.

Reporter Alan Gomez of USA Today described this as a conservative media frenzy that erroneously casts immigrants as dangerous while attempting to provide “concrete evidence” that “immigrants commit fewer crimes than native born Americans.” What???

Alan Gomez should take a little time in research for stats, as this writer has done. In the last 10 years, 44,000 Americans have been killed by illegals. Today there are 24 citizens killed EACH DAY BY ILLEGALS according to Google stats.

Observing the concocted negative slants regarding President Trump sown throughout the piece, I wrote the following email to the editor/writer, Pete Vernon.

Your story of the illegal who killed the Iowa girl is a classic example as to how the media SLANTS stories to make President Trump, who was put into office by millions of voters, look bad in order to boost the Socialist Democrat position. And it was a stretch so blatant that even the least experienced journalist could detect it.

As an active journalist I am ashamed of what the political newspapers today have done to an otherwise honorable profession in order to push a personal political point which is a blatant conflict of interest.  This should come under malpractice.

This piece is so telling that I plan to do a feature on it.

***
A most gracious email was sent to me in response by the editor/writer Pete Vernon:

Thanks for taking the time to write. I’m unclear what part of the newsletter you found factually incorrect? Happy to discuss, but I can’t tell what you’re objecting to.

I think it is clear what my objections are by what I wrote in response. The CJR story is filled with innuendo and assumption. And again, I very much appreciate the gracious response Mr. Vernon sent me.

He did state that President Trump’s “hard-line immigration stance” is grounded in, now get this, THE FALSE BELIEF that undocumented immigrants represent a clear and present danger to American Citizens.

False belief?  Perhaps it would be worthwhile to take a trip to the morgue in Brooklyn, Iowa and look at the body of 20-year-old, Mollie Tibbets, and then rethink that “false belief.”

It is time that the media cease and desist from trying so hard to make the President of the United States appear to be incapable or to profile him as an undesirable person. This is the dirtiest political season ever seen during my lifetime.

Yes, there have been some dirty ones in the past but this one really takes the cake since this is not just a dispute between political faction, it is a major battle of Good vs. Evil. Watch for a feature coming out on that.

I’ve even seen this spontaneous wind elimination published in newspapers–now get this: Supposedly quoting someone who nobody even heard of, this phantom person, they say, ‘according to the Hilltop Book Club,’ states that ‘the problem with Donald Trump is that he is crazed by power, which is dangerous. And the puppets run with that.

President Donald J. Trump is not a politician….thank God. He is a patriot who intensely loves this country who rose to become a billionaire and could have simply lived a life of luxury.

He was so concerned by the direction this country was steamrolling us into, that he walked away from his businesses to run for and then win the election as President of The United States. He refuses to take the allotted salary for a president, about 400 thousand a year, but takes that money instead and gives it all to veterans’ causes.

What’s more, he has kept every promise he has made, has improved our economy, sat face to face with world leaders who had never sat with a President of the U.S., strengthened our military, and nations know not to mess with him or the consequences will be severe.

Democrats, you are pushing for a Communist takeover of the U.S. You will not like it if this happens. This writer has spent time behind the Iron Curtain, and life under those conditions is brutal. The only consolation this writer will have if the Communist Democrats are successful, is in approaching each democrat I know and saying, ” How’s this working out for you?” And I guarantee that I will be met with very sad eyes. The same sad eyes observed in everyone I saw behind the iron curtain.

For the sake of everyone, Republicans and Democrats, we should not stand in the way of the man rightfully in The Oval Office who is absolutely working to make America Great Again. Let us all help him do it. We will ALL benefit as a result.

President Donald Trump has done everything he has said he would do and will continue to do so. What more could we want?